Tyler, The Creator provided the music for the Louis Vuitton Men’s Fall/Winter 2022 fashion show, which debuted on Thursday (Jan. 20) in Paris. The showing presented the final collection Virgil Abloh designed for the luxury brand before his unexpected death in November 2021 at the age of 41, which shocked fans and rocked the fashion industry.

On Twitter, a fan asked the “WUSYANAME” rapper if he composed the soundtrack for the runway show to which Tyler, The Creator responded with a simple “bingo” confirming his involvement in the event.

The Grammy Award-winning rapper also highlighted the artists who played the music and their “GENIUS minds” on Instagram. Tyler, The Creator, and Virgil Abloh developed a close relationship over time. During an interview with Fast Company, Tyler shared more about their connection.

“When I first met Virgil, I think 2012, with Kanye, of course, blah, blah. When he was doing the Pyrex and Been Trill stuff, I was just like…’This is gross.’ But again, me and [A$AP] Rocky thought we hated each other! So anything that they were on, I was just instantly like, ‘Nah, fu*k that.’ Right?” he revealed. “And then once he started doing the more recent stuff, Off-White stuff, I was just like, ‘Oh, this is just not for me.’ But I still knew him. I would kind of mock it, whatever. And then I always see him here and there. He was always super nice.”

The 30-year-old continued to explain, “And then time going on, we just started getting a cool relationship. And then he got the Louis Vuitton thing and I was so hyped. I was like, ‘Oh, he went there. A guy that looks like me did that. Fire.’” 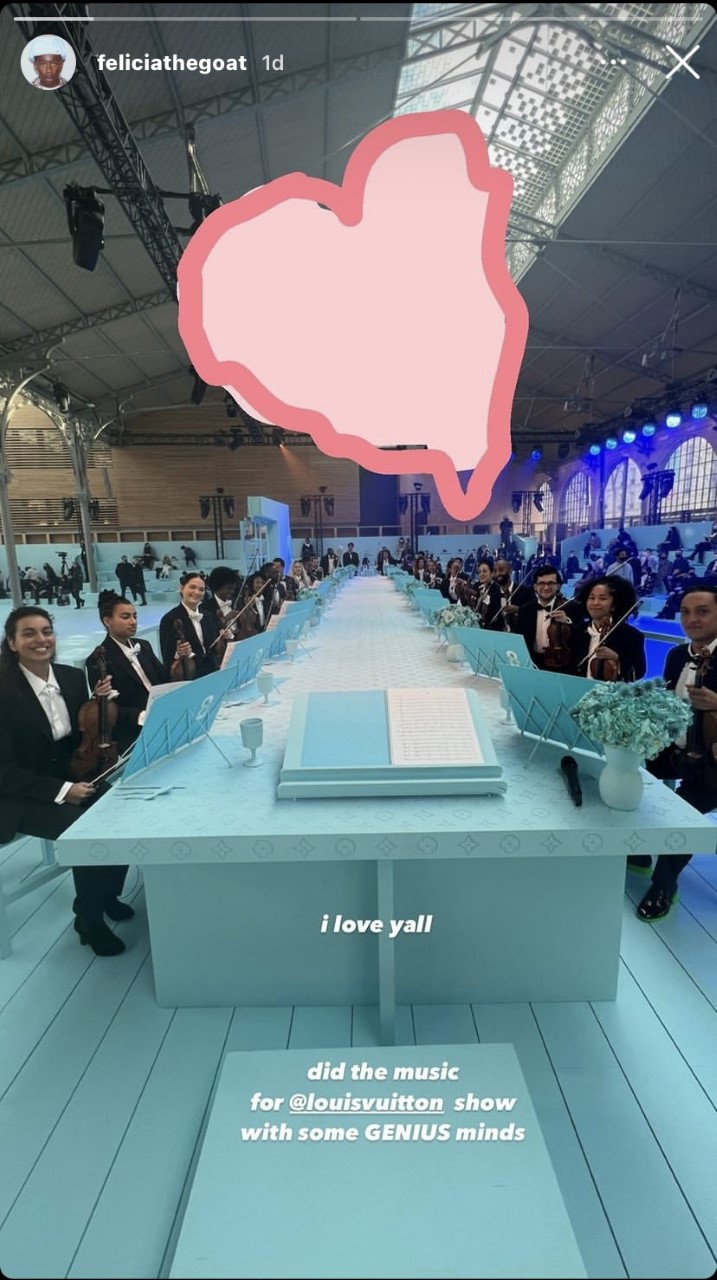 The fashion show took place at the Carreau du Temple and was described by Louis Vuitton as Virgil Abloh presenting “familiar objects in imaginative ways.” A preview for the runway show shared on Instagram explained that “a mind-expanding interior of ideas opens a door to the runway.”

Celebrities such as rapper IDK, Yasiin Bey, Naomi Campbell, and more attended the Paris show. Watch the Louis Vuitton Men’s Fall/Winter 2022 fashion show above and view images from the show below.