Thanks to PETA, donning fur coats has been a touchy subject within the entertainment industry, and singer D△WN is the last celebrity to join the organization in openly saying no to animal-sourced apparel. In the new campaign, the R&B singer goes straight for the gut with imagery expressing just how cruel the concept of a leather jacket can be.

Yes, she’s nude just like many of PETA’s preexisting campaigns with Jhene Aiko, Eva Mendes, P!nk and Taraji P. Henson, but in this ad, D△WN appears to be having said skin ripped straight from her body. 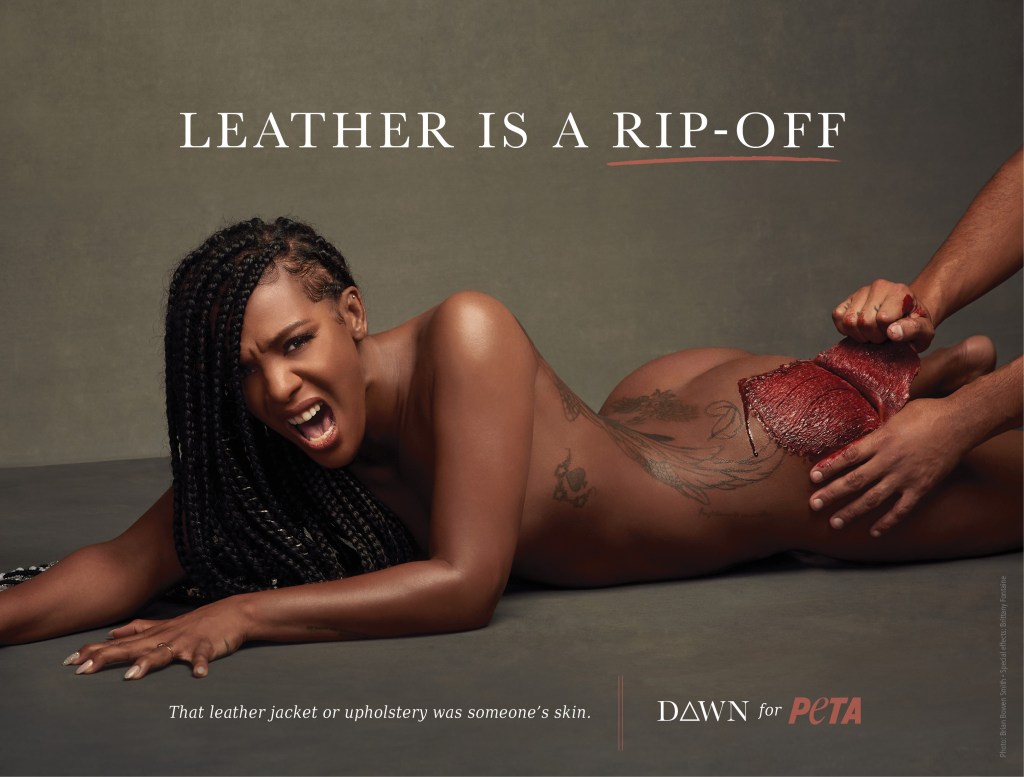 To drive home the point that “leather is a rip-off,” D△WN penned an open letter to H&M asking that they replace their real leather goods with faux-leather. “I am writing to you as fan of H&M to urge you to remove leather from your shelves,” she wrote. “H&M claims that “no animal should ever suffer in the name of fashion”—but the millions of cows and other animals killed for their skins every year suffer immensely, and they’re all killed in violent ways.” Her ask was simple: let H&M represent a step in the right direction for cruelty-free fashion.

Russell Simmons, Mya And Waka Flocka Discuss What Encouraged Them To Become Vegans

Read the whole letter and watch her PETA campaign video below (Warning: the video has graphic moments.) 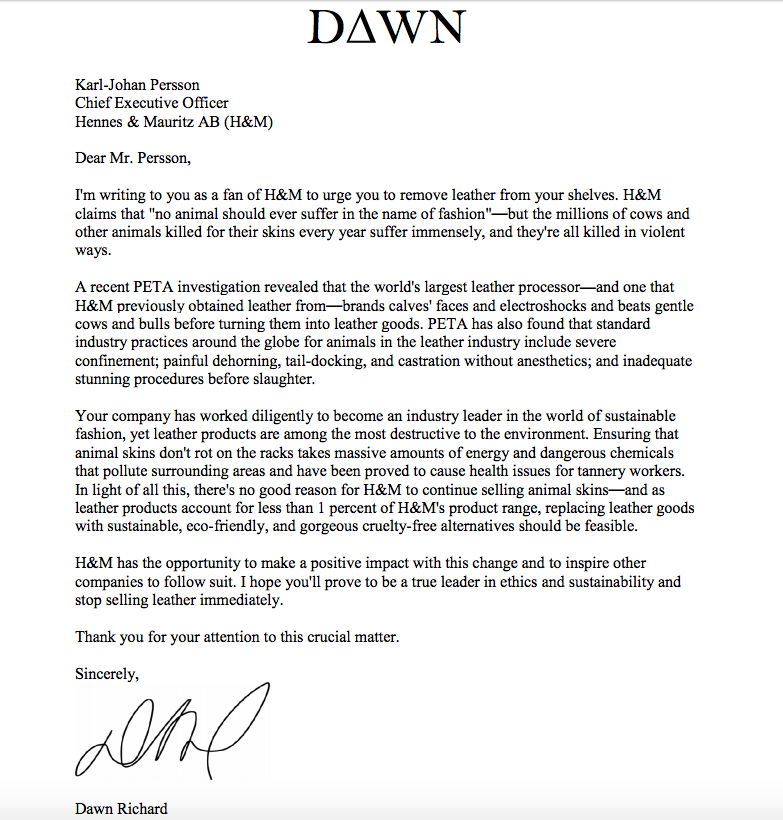