Kanye West’s fashion brand Yeezy is at the center of a California lawsuit based on shipping delays. According to legal documents reviewed by Complex, Yeezy is accused of “failing to ship items within thirty days and failing to provide adequate delay notices” among other unethical behaviors. The lawsuit was filed in Los Angeles County Superior Court on Friday, October 22 by the State of California via L.A. County District Attorney George Gascón.

Yeezy could face financial penalties if found liable. The courts are recommending the brand be fined “$2,500 for each violation” and pay “restitution on behalf of affected consumers.” 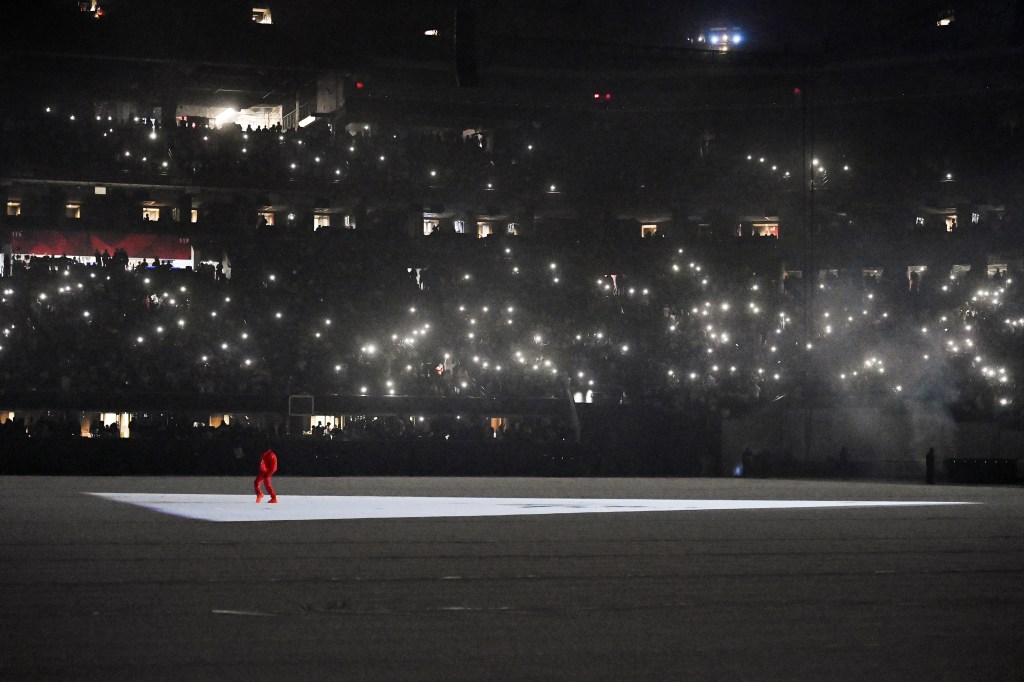 Kanye West is seen at ‘DONDA by Kanye West’ listening event at Mercedes-Benz Stadium on July 22, 2021 in Atlanta, Georgia. The lawsuit claims Ye’s popular brand “made untrue or misleading statement regarding its ability to ship products within a certain timeframe, particularly where customers paid an additional charge for expedited shipping.”

According to the report, the lawsuit alleges the Yeezy company, founded by the DONDA rapper in 2015, violated the California state business code that requires products purchased online to be shipped to consumers within 30 days. If products are unable to be shipped within the mandated timeframe, the merchant has to either provide a refund, send out a notice of the delay, or find another agreeable solution.

A recent Yeezy drop, a collection of hoodies with major retailer GAP, released in September, sold out of several colorways and sizes once the launch was announced. The outerwear staples were sold at a $90 price point and in six different colors.  The success of the collection raised the retail company’s shares as much as 6% on Wednesday’s trading day, according to a previous VIBE report.

Kanye West, who recently changed his name to Ye, is looking to expand his enterprise from just fashion and music and enter the tech industry. The “Off The Grid” rapper has filed to trademark the word “DONDA” as it pertains to various electronic items including tablets, surround sound systems, and more. The plans include producing e-books, newsletters, journals, magazines, and pamphlets through the tech line.

He recently issued his tenth studio album DONDA which faced continuous delays after live listening parties before its official release on August 29th. The album debuted at No. 1 on Billboard’s Hot 100 chart and placed more than 20 tracks on the Billboard 200. DONDA features appearances from Chris Brown, Fivio Foreign, Lil Durk, Jay-Z, Marylin Manson, The Weeknd, DaBaby, and more, although he is the only credited artist.