Houston rapper Megan Thee Stallion has added to her growing partnership with cosmetics brand Revlon with a new makeup collection.

According to a press release, Revlon x Megan Thee Stallion Hot Girl Sunset Collection will debut on Wednesday (July 28) exclusively on StockX via DropX. The collection features an eyeshadow and face palette, a pair of false eyelashes, and lipgloss packaged in an orange pouch with “Hot Girl” printed in metallic lettering. Just 450 sets will be released for the public to purchase with prices starting at $40.

Revlon first announced the “Savage” artist as the company’s new global brand ambassador in August 2020. The 26-year-old frequently uses Revlon products, highlighting them on Instagram, and was even named the new face of the brand’s fragrance, Reign On. However, this is her first official collection with the company. It is also the first makeup collection launched on StockX.

“We knew immediately that StockX was the ideal platform to launch this one-of-a-kind collection with Megan Thee Stallion,” said Chandra Coleman Harris, GM of Revlon in a statement. “Given the palpable excitement around Megan, we wanted an unexpected launch model to match it. StockX is at the center of culture so the synergies between our brand DNA, her fans, and StockX’s dynamic marketplace aligned perfectly.”

According to the press release, the 10 shades featured in the eye and face palette were hand-selected by the Grammy award-winning rapper herself. The original artwork on the packaging was inspired by Megan Thee Stallion’s love of anime and her personal style. Colors in the palette include purple and orange hues and a golden highlighter shade. The lipgloss branded as THEE GLOSS for the collection is also orange-toned. 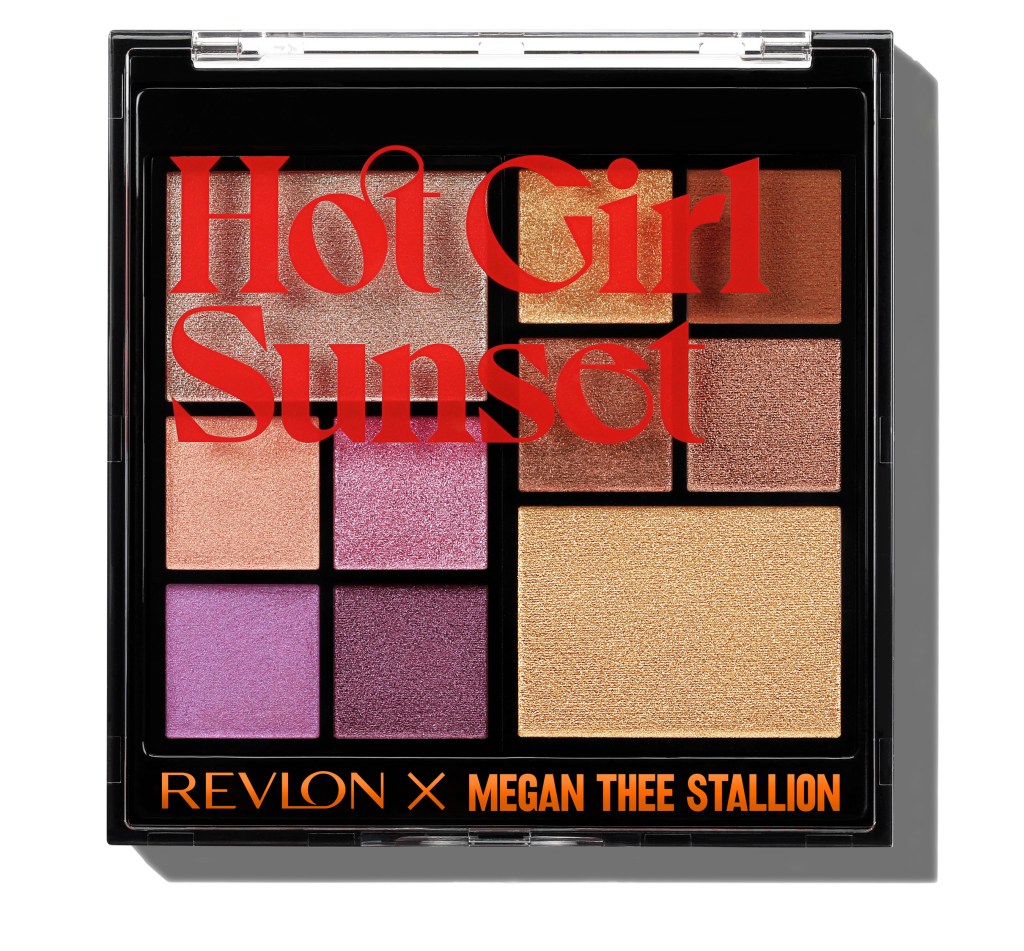