50 Cent’s relationship with his oldest son has found it’s way back into the public after a subtle diss the rapper made on social media.

On Thursday (Sept. 7), the entertainer posted to Instagram a photo of Davian, the son of a friend he’s taken a strong liking to over the years. Like many children across the country, the 12-year-old returned to school this week. The rapper shared how proud he was of the tween, who attends Hunter College High School in New York, a secondary institution for intellectually gifted kids.

After a fan asked him how many children he has, the rapper said, “Just two. I have no relationship with Shaniqua’s son.”  His mention of eldest son Marquise Jackson prompted his mother Shaniqua Tompkins to speak out, calling him weak for his comment.

The rapper and the 19-year-old’s rocky relationship has played out unfavorably in the public eye, with claims from 50 that Tompkins placed a wedge in between the two. Both parties have listed other accusations with 50 defending his comments over time.

After catching slander for his comment, the Power producer posted a throwback photo and once again, defended his non-existent relationship with him. 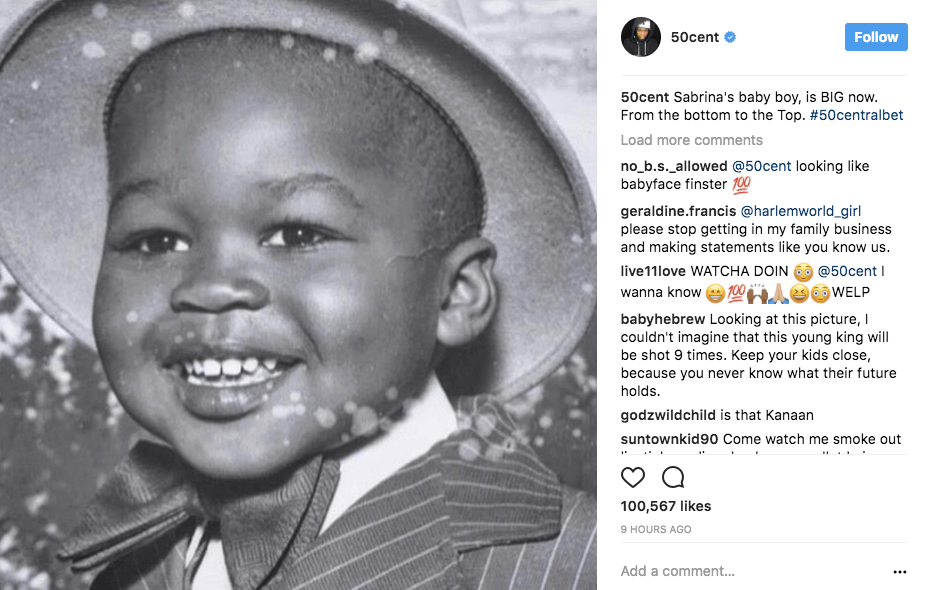 Meanwhile, Marquise has kept himself busy with his budding music and acting career. The teen has a role in the upcoming drama, Dope Fiend.

Check out the trailer below.