Azaelia Banks might not have the social power of Twitter at the moment, but she’s using other methods to speak to the public about her whirlwind week full of controversy.

“The Big Big Beat” rapper took to Instagram Thursday (May 12) to open up a discussion about mental health in the black community, and the problems she’s faced with her public persona.

First, the rapper denied her Twitter account was suspended over her racist slurs towards Zayn Mailk. Banks previously accused Malik of  copying her Tron-like look for his “Like I Would.” video. Instead, the the 24-year-old says a tweet about mental health and white people was a larger concern for the social app. She also promised her fans an essay on the topic. 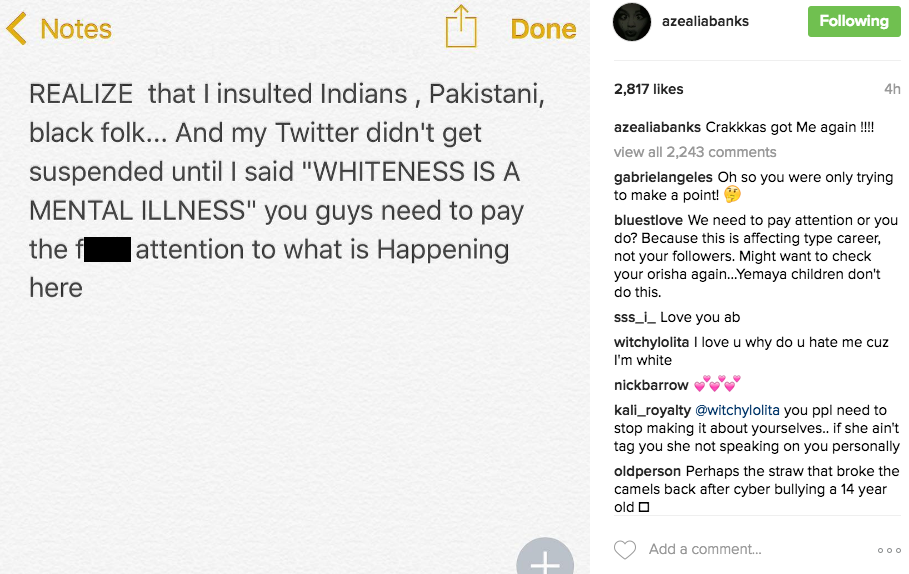 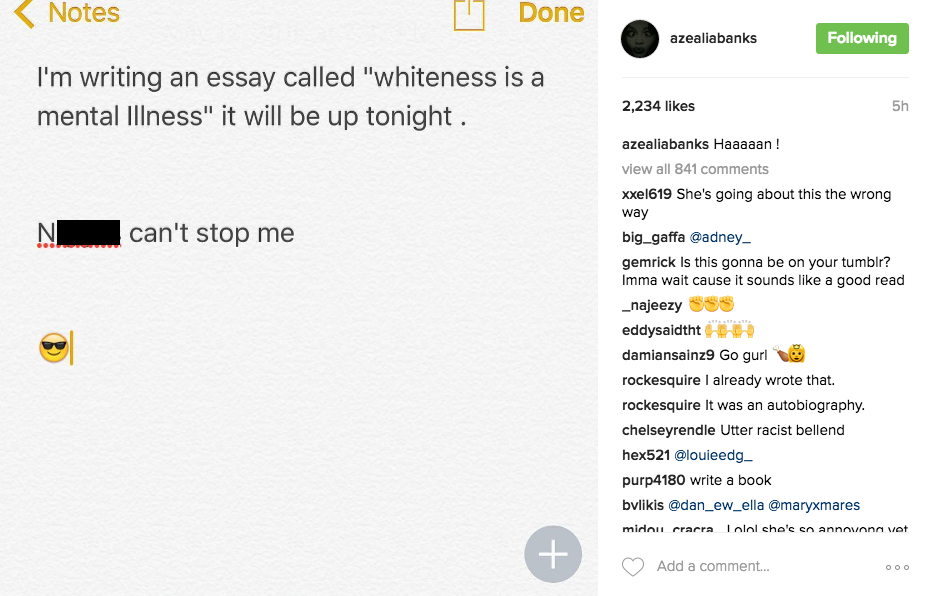 Following up on her promise, the rapper shared her thoughts on the perception of her music and her language towards the singer.

“Calling him racial slurs was my way of trying to angrily remind him that he is in fact not one of them, he is one of US,” she said. “The white privileges he’s so eager to take part in do not apply to him. He’s colored, like me. His people suffer at the helm of white supremacy just like mine do. He has NO RIGHT to treat me as if I’m not “worthy” of anything, because the white privilege he’s reaching for does not apply to him”

When it comes to her music, the rapper explained the troubles she’s faced from record labels and other artists taking her sound and style.

“From the minute I appeared on the scene I was told by black men in black media that I was ugly, skinny, had bad hair, was weird, made music for white people etc… And those messages penetrated the social consciousness of black America very quickly. I’ve been belittled, berated, stolen from, called crazy when making clear and true observations about the world we live in only to then have all of those things reveal themselves to be truths. I’m not blaming anyone or anything for any of my actions, but I think it’s really important to for people outside of us (black folk) to understand the detrimental effects of whiteness and white supremacy/white cultural pervasiveness on black peoples MENTAL HEALTH as a whole and the MENTAL HEALTH of black individual herself.”

She also didn’t stray away from her Twitter beef with Disney channel star Skai Jackson.

Take a look at her essay in full and her thoughts on Jackson below. 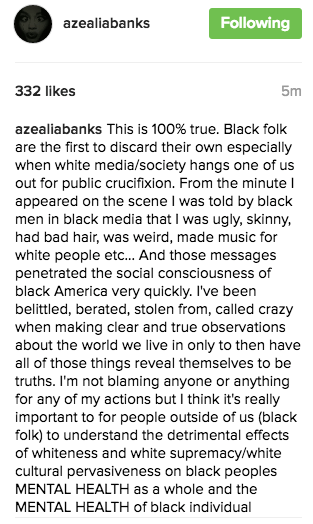 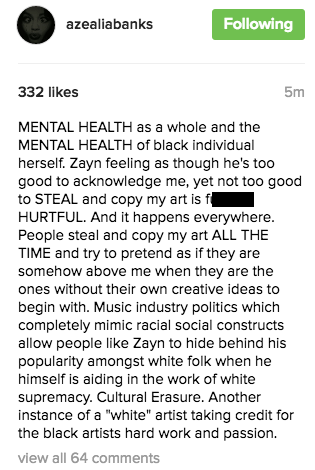 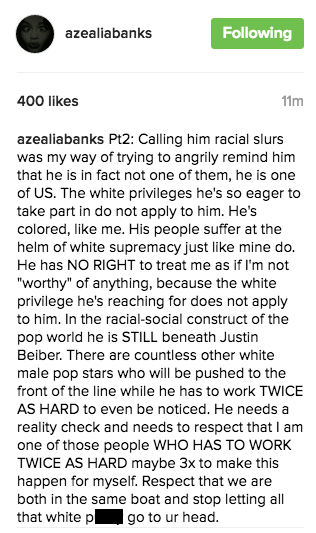 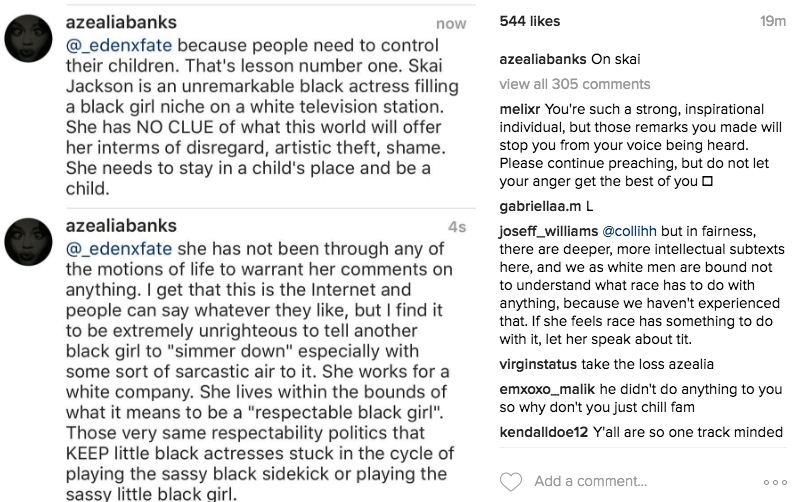