Azealia Banks is looking to bring some flavor to the line up for President-elect Donald Trump’s inauguration ceremony by volunteering her musical services.

Early Wednesday (Jan. 18) the rapper shared her thoughts on the line-up, which currently consists of 3 Doors Down, Toby Keith, soul singer Sam Moore and gospel act Travis Greene. Broadway star Jennifer Holliday was also slated to perform at the ceremony but pulled out over backlash. Posting on Facebook, the “Chasing Time” artist said, “Saw the entertainment line for the inauguration it made me very upset. This is an EPIC moment in modern history, and it should def be celebrated in style. I would love to perform at the inauguration.”

She also showed some appreciation for Milo Yiannopoulos, the former editor of Breitbart who has found fame through trolling. Banks suggested the two should host the event and turn it into the “Teen Choice Awards.” Of course, Milo was up for the figurative gig. 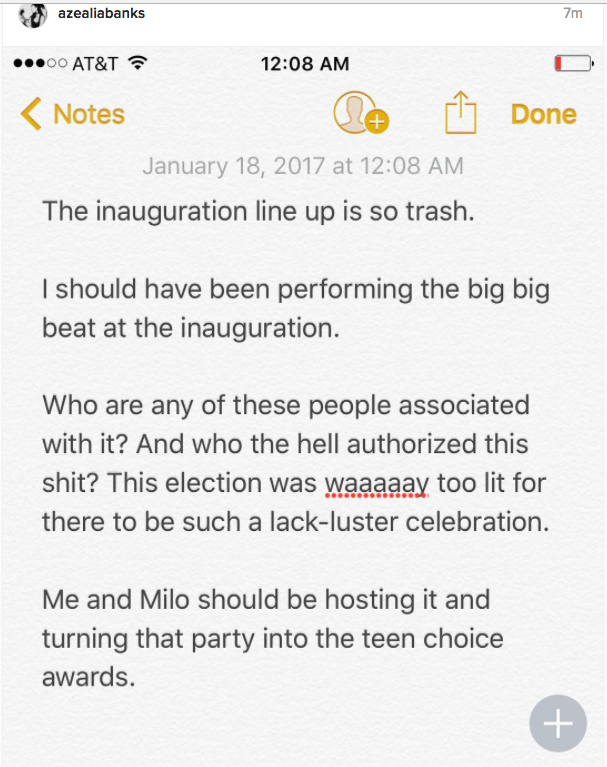 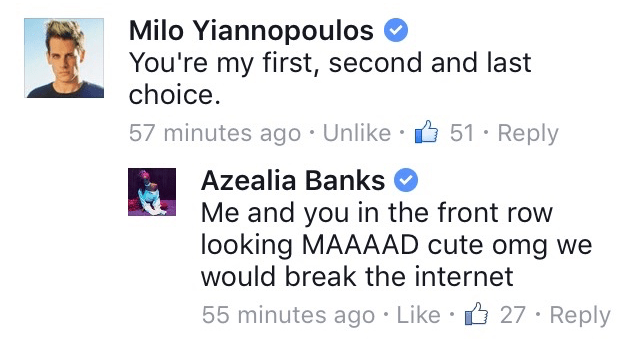 Other people that seem to be down with Banks attendance are her fans, who flooded her social pages, pushing for the dream to become a reality. Trump’s Inaugural committee are still looking for acts, as it was reported that Chrisette Michele would be performing at the event. So far, the singer hasn’t confirmed nor denied the reports.