The creator of McDonald’s staple sandwich, the Big Mac, passed away today at the age of 98.

We wanted to think of a way to acknowledge Michael “Jim” Delligatti’s iconic contribution to fast food with one of the industry’s most prized “delicacies.” What better way to celebrate his legacy than to discuss his impact on hip-hop culture?

The Bad Boy crew managed to generate a significant amount of buzz with the introduction of the Craig Mack-Biggie collab promotional tape. The A-side was packed with six of Craig Mack’s singles including  “Flava In Ya Ear,” while the B-side featured seven Biggie tracks ranging from “Juicy” to the original version of “Me And My B*tch.”

Even though Biggie clarified the beef between Mack and himself, claiming he don’t “f*ck with that n***a,” Puff created a monumental moment for Bad Boy Records as he pushed for the promotional tape.

The Billboard-assisted marketing campaign for the tape included the trio sitting in a McDonald’s with one side of the menu featuring Big’s Ready To Die album and the other side displaying Craig Mack’s Project: Funk Da World, while Diddy held a “B.I.G. Mack” box with the two rappers sitting beside him. 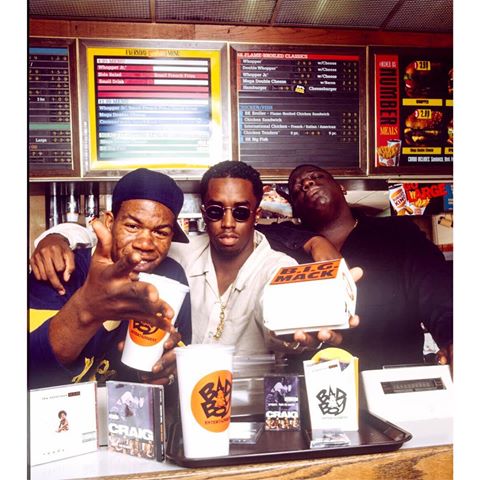 In regards to why Biggie appeared on the remix of Craig Mack’s “Flava In Ya Ear,” Biggie claims it was the working of “politics,” and he was just following through with what his P.I.C. Puff asked him to do.

Only In Miami: This Tricked-Out BMW Pays Homage To The ‘Bad Boy Reunion Tour’

Without Mr. Delligatti’s contribution to the fast food industry, we may have never been able to say that we’ve lived through one of the most creative promotional hip-hop concepts of all time. So, thank you Mr. Dellagatti for your contribution to both the fast-food and hip-hop cultures.

The man who invented the Big Mac, Michael Delligatti, has died at 98, McDonald’s says https://t.co/nnHDqOfqUJ pic.twitter.com/RgqpzCJc6w