Childish Gambino will be no more after his next project. After performing a melody of hits and deep cuts at the 2017 Governors Ball Festival, the “Redbone” artist announced his possible retirement from music.

His words were heard after he performed the aforementioned tune on Saturday (Jun 3). As fans enjoyed make-out sessions and slow dances under the moonlight, Glover quickly dropped the news. “Look out the final Childish Gambino album,” he said to the amazement of star-crossed fans. At the beginning of this set, Gambino also shared his 2017 Gov Ball performance will be the only time he’ll touch a stage this year. 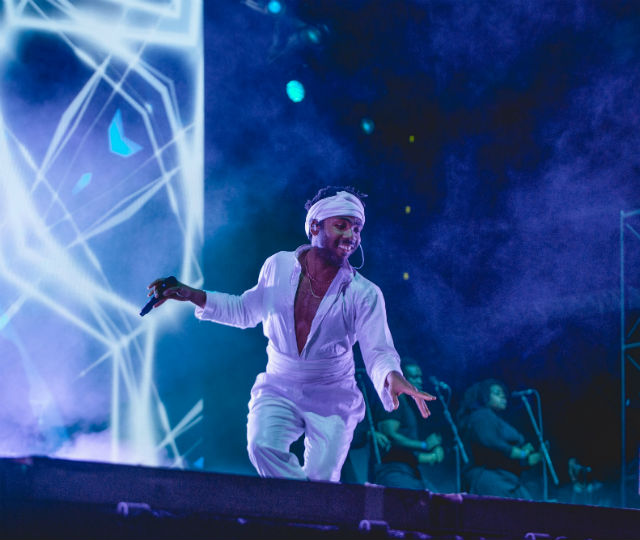 In the past, Gambino has hinted towards a retirement from music to focus on other projects.”I feel like Childish Gambino is a period in my life that should come to a close,” he said to Today in 2015 during a promo run for The Lazarus Effect. “I like endings.” Currently, the Golden Globe winner is working on multiple projects like The Lion King, Spider-Man: Homecoming and the untiled Han Solo Star Wars film. He’s also keeping fans on their toes for his hit series, Atlanta.

The artist has released three albums– Camp, Because The Internet and Awaken My Love! He’s also released a batch of mixtapes and EPs like Culdesac, Kauai and R O Y A L T Y.

Hopefully, Gambino will drop a few EPs before calling it quits. Fans have also been waiting for the highly anticipated joint mixtape (or album) with Chance The Rapper. The Coloring Book artist confirmed its existence in January, but little is known about the project.

The Highly Anticipated Chance The Rapper-Gambino Project Is Just A Hop, Skip & Jump Away