Frank Ocean plans to lay down his stethoscope and pick up the pen to complete his second studio album, which is reportedly slated to be released some time this month. The project is allegedly titled ‘Boy’s Don’t Cry.’

According to an image published on his website, multiple due dates are stamped over the course of July 2015 to this month, but the exact date is blemished. Throwing yet another curveball, the date November 13, 2016 is also stamped, leading spectators to believe that the “Pink Matter” artist plans to warm your earbuds this winter. 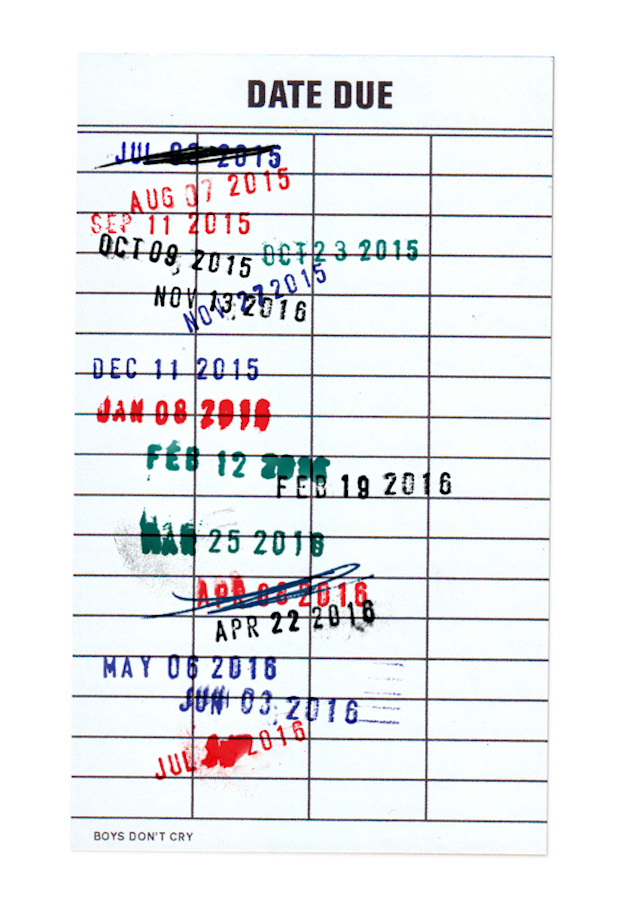 A year has gone by since there was any hint that the summer would be Ocean’s to bask in musically, leading fans to get their hopes up to just fall victim to false information. But a few artists, James Blake in particular, sort of confirmed the fact that Ocean is working on a new album. He even said that it’s better than his debut effort, Channel Orange. “He is onto something, he really is,” Blake shared, who worked with Ocean on his recent album, The Colour In Anything, penning the songs “Always,” and “My Willing Heart.”

Hopefully this time, we won’t be fooled and actually hear what the “Bad Religion” singer has been up to in the studio since his premiere album was released on July 10, 2012.