Givēon has been on a roll since releasing his 2021 compilation album When It’s All Said And Done… Take Time. The project peaked at No. 5 on the Billboard 200 chart and climbed to No. 43 on the Top R&B/Hip-Hop Albums chart. Now, the singer-songwriter can add three more RIAA platinum certifications to his list of accolades.

The album has now reached platinum status along with its singles, “Stuck on You,” and the already three-times platinum and Grammy-nominated “Heartbreak Anniversary.” The Long Beach native has already garnered RIAA gold status for singles, “All To Me,” “The Garden,” “Still Your Best,” “Favorite Mistake” and “For Tonight.” 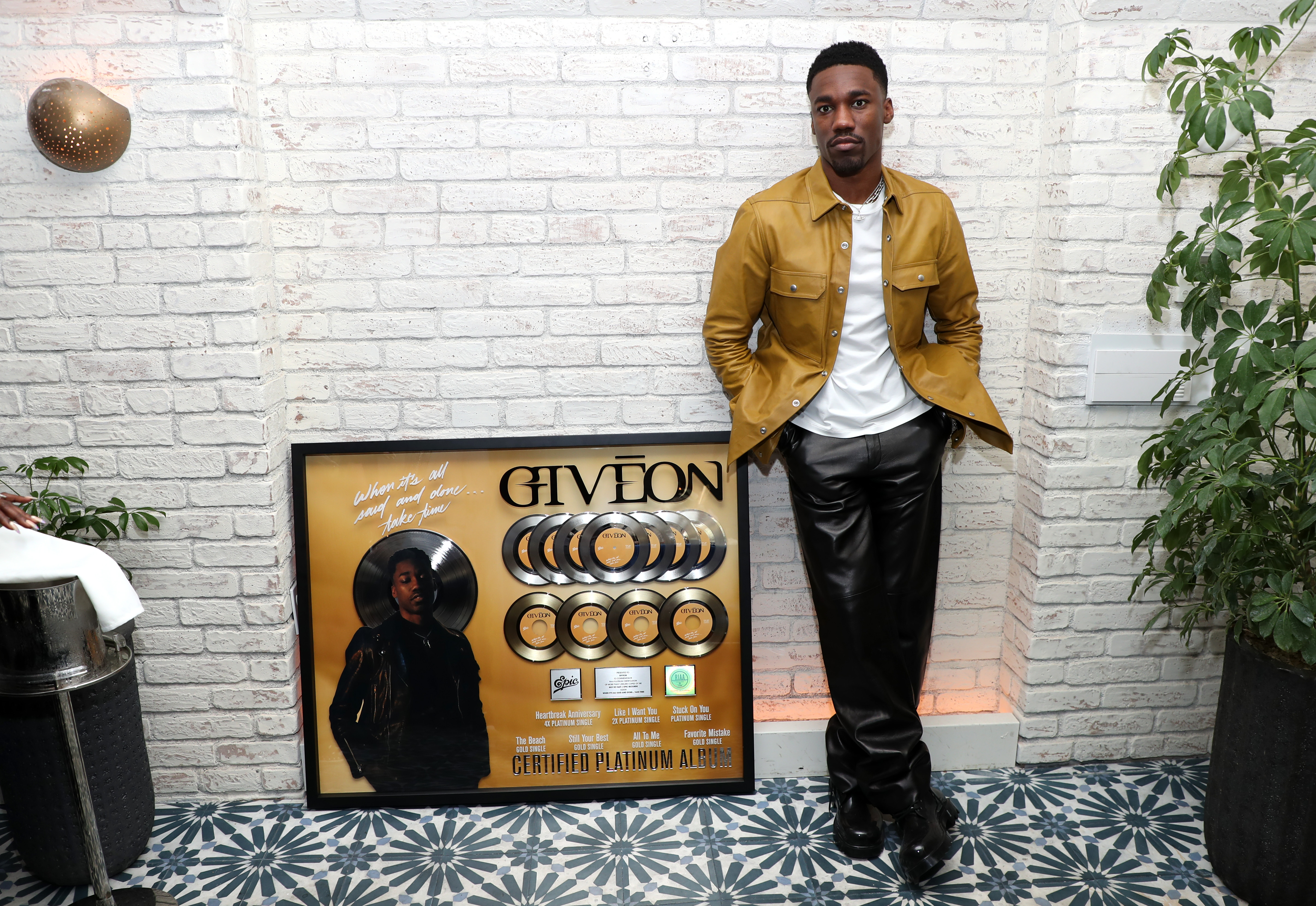 Givēon recently performed a medley of songs including his 2020 smash “Heartbreak Anniversary” at the 2022 BET Awards on Sunday night. He also performed his singles “For Tonight” and “Lie Again” from his newly released debut album, Give or Take. Despite experiencing technical difficulties at the start of his performance, the 27-year-old doesn’t seem to be phased by the negative opinions.

He added, “I’m just not going to pick the shirt up. I’m going to go to a shirt that I like, buy it, and wear it. Now people are picking up the pants they don’t like, telling everyone in the store they don’t like these pants. I don’t understand it. As far as criticism, it’s art as well. You know? If I’m telling you a story about my heartbreak, it’s at my discretion. You can’t say, tell me how you got your heart broken in other ways. It’s like, no. Just go listen to something else. I don’t even think anything would be bad necessarily. It’s just either it’s for you or it’s not.”

Give or Take is streaming on all digital streaming platforms now.