The lobby at the Peninsula Hotel in Midtown Manhattan is bustling on a chilly February afternoon. Tourists, business types and families scurry about as if everyone was running late for an appointment. It’s not really the most ideal place to conduct an interview, but if you look deeper, there’s a cozy area in the back known as the Gotham lounge.

Here, dainty parties of two or more gather around pristine table sets for a European tradition known as High Tea. Considered a classy affair for friends to share to small eats and world class teas, the formal gathering place may not seem like a spot where The-Dream and Tricky Stewart would choose to relax. But, there you go judging a book by its cover again.

An intimidating tower of finger sandwiches, pastries and assorted delectables arrives at the table which I’m currently sharing with the hitmakers — as well as 3 different teapots filled with Mandarin, Rose Petal and Green tea.

Tricky: That looks delicious. My God.
Waitress: Shall I explain?
The-Dream: Yes, you can tell us what this all is.
Waitress: No problem, on top, these are your sandwiches: smoked salmon with crème fresh and American caviar, traditional cucumber with mint, roast beef with horseradish cream and watercrest. And, Brie in the middle on top of a lingonberry compote on cranberry walnut toast. In the middle, you have your sweets. There’s pistachio coconut layer cake, cherry tart, Pineapple sweets, and a special Nutella cookie. Then you have your scones. Enjoy!
The-Dream: Biscuits!

[Laughs from around the table]

VIBE: You guys recently played us about 10 songs from the Crown Jewel project in Manhattan. But, can you breakdown exactly how they’ll be released?
The-Dream: There’s 6 songs on the Crown EP. Then, 6 songs on the Jewel EP, and we’ll add two to each to make it sixteen records overall. The whole album is 16 songs when it’s done. And, we’re dropping Crown on March 31st.
Tricky Stewart: And, I wouldn’t say the two extra songs for each EP are “extras” or bonus tracks. It’s really just a matter of logistics for what the marketing plan is.
The-Dream: Because at first we thought an EP was 8 records, so we set up for 8 records. And then the label was like ‘Oh no, my bad. We forgot to tell you it’s six.” And we were like really? [Laughs]

Okay, so there’s a new strategy here. We’re in an era where artists are giving away new music daily. Do you feel like full albums get overlooked nowadays?
The-Dream: I feel like that happens with my stuff a lot.

Do you think that happened with your last album, IV Play?
The-Dream: Yeah, definitely, because people didn’t even get past song five or six, and they’re already moving on.

I feel like the attention span of music listeners is different know. I don’t know if it’s the internet’s influence or if it’s a generational thing.
The-Dream: It’s a generational thing…
Tricky: But I think the best albums from my perspective always have a place in life. So, I’m hoping and I’m confident that this’ll be one of those rare things in music, and people will actually enjoy the record in its entirety.

I think the best music really creates moments that you remember forever, or a certain feeling. Hopefully, we’re not losing that to social media. Everything, now, needs to be documented on Twitter, Instagram, etc.
The-Dream: People are so over what they did yesterday, they don’t even sit and discuss what made it a great time. They’d have to be reminded by their Instagram, after 52 weeks, and it’s like ‘Oh, I remember that now.’
Tricky: I think there’s a phenomenon where people consume products and music just to say ‘I got it.’ But back in the day, you used to get a CD, and sometimes you would just put it in and you’d ride around with one or two CDs in your car for like a couple weeks.
The-Dream: They’re just consuming life too fast.

I think it all correlates. Like if you’re consuming music fast, you’re going to want to eat faster, work faster…
Tricky: That’s a 100 percent correct, but at the same time all people are different, and you have people who are always going be there when something first comes out. You’re going have the people who will sleep outside for a sneaker. You got the people who want to be the first one on iTunes. But, there’s still folks who really care about quality and not the hype around something.
The-Dream: If makes me wonder if we’re not charging enough [Laughs]. 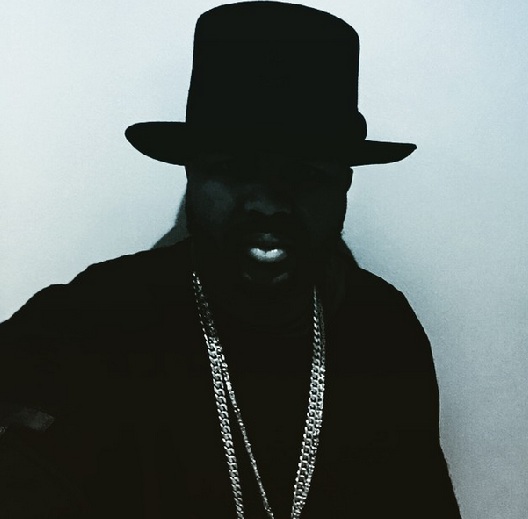 So I guess dropping 2 EPs versus an album is the perfect solution. Well, in theory, at least.
Tricky: I have a feeling it might be good for us because by getting those 6 perfect songs, you’ll be like ‘This is The-Dream at his best.’ But then you’re like ‘Damn, it’s kinda short.’ Right when you’re switching gears, they’ll be 6 more songs. You’ll be able to monitor the growth of the project because I think it’ll have moments for different things. We’re trying to make the greatest music in the world and who better to do it than with the artist who has the potential to be one of the greatest artists in the world [Points to The-Dream while he munches away on a finger sandwich]

Dream, I think it was interesting when you jokingly said at your listening session, ‘It was either ‘try this’ or do a reality show.’
The-Dream: It’s really like I don’t have the time to do what every artist is doing on the Internet. My days, sometimes, it’s just about work. I’m not thinking about taking a picture in the studio, and I don’t have the time to stop being creative to stop and post on Instagram. That’s not a part of my creative process. You just keep going because I don’t feel like there’s anything more important than that. To stop what you’re doing to take a picture of what you’re doing? No. Stay in the moment. I’ll do that when I’m finished and if I get to do it. [The Label] just forced me to take my Instagram off private. I was approving everybody one by one [Laughs].

But with that said Tricky, I feel like you’re the one pushing him to do more things to expand his profile.
Tricky: Nah, I mean I wouldn’t use the word “push.” At the end of the day, The-Dream is my personal favorite artist. Like if you happen to be friends with your favorite artist why wouldn’t I share any opportunity I think is a good idea. I’m gonna share it with him because he might be able to do something with it that I can’t do because I don’t have the platform to do that. I feel he doesn’t have to worry solely about his core fanbase, but at the same time, be able to build upon that. So, the word is “encouraging” I guess you could say.

But, yeah for someone who has as many hit records under his belt as The-Dream, I know there’s lot of fans wondering why he doesn’t get the Good Morning America looks and things of that scale.
The-Dream: I’m just not going to do something that’s not for me to get there.

We can’t be mad at that.
The-Dream: That’s the part that kind of gets overlooked. So either I’m gonna get there being me, and expect to be there, or I just won’t get there.