Janet Jackson is having a full-circle moment. At Las Vegas’ Park Theater, the 53-year-old entertainer recalled performing her first show in Sin City as a child alongside her brothers and sisters during her Metamorphosis concert residency on Friday night (Aug. 2).

“Forty-six years ago, when I was seven years old, I got my performance debut right here in Las Vegas, Nevada,” said Jackson, noting that the gigs were also an MGM affair like her residency. “We did two shows a night, 12-week stints. It was a lot of hard work for such a young child but I loved it.”

That same love for her craft is still evident in her stage presence four decades later. For 90 minutes, Jackson — or Miss Jackson if you’re nasty — body rolled down memory lane in Park MGM’s amphitheater. Retaining the same sharp choreography from her iconic videos while backed by a live band and a fierce group of dancers affectionately known as The Kidz, Jackson ran a marathon covering the beloved deep cuts, dancefloor numbers and sensual classics that punctuated her lengthy career. Her personal evolution — from a young girl working through traumas and the pressures of show business to a self-assured woman and proud mother — put her highlight reel in perspective, as immersive visuals helped tie each chapter of her show together. 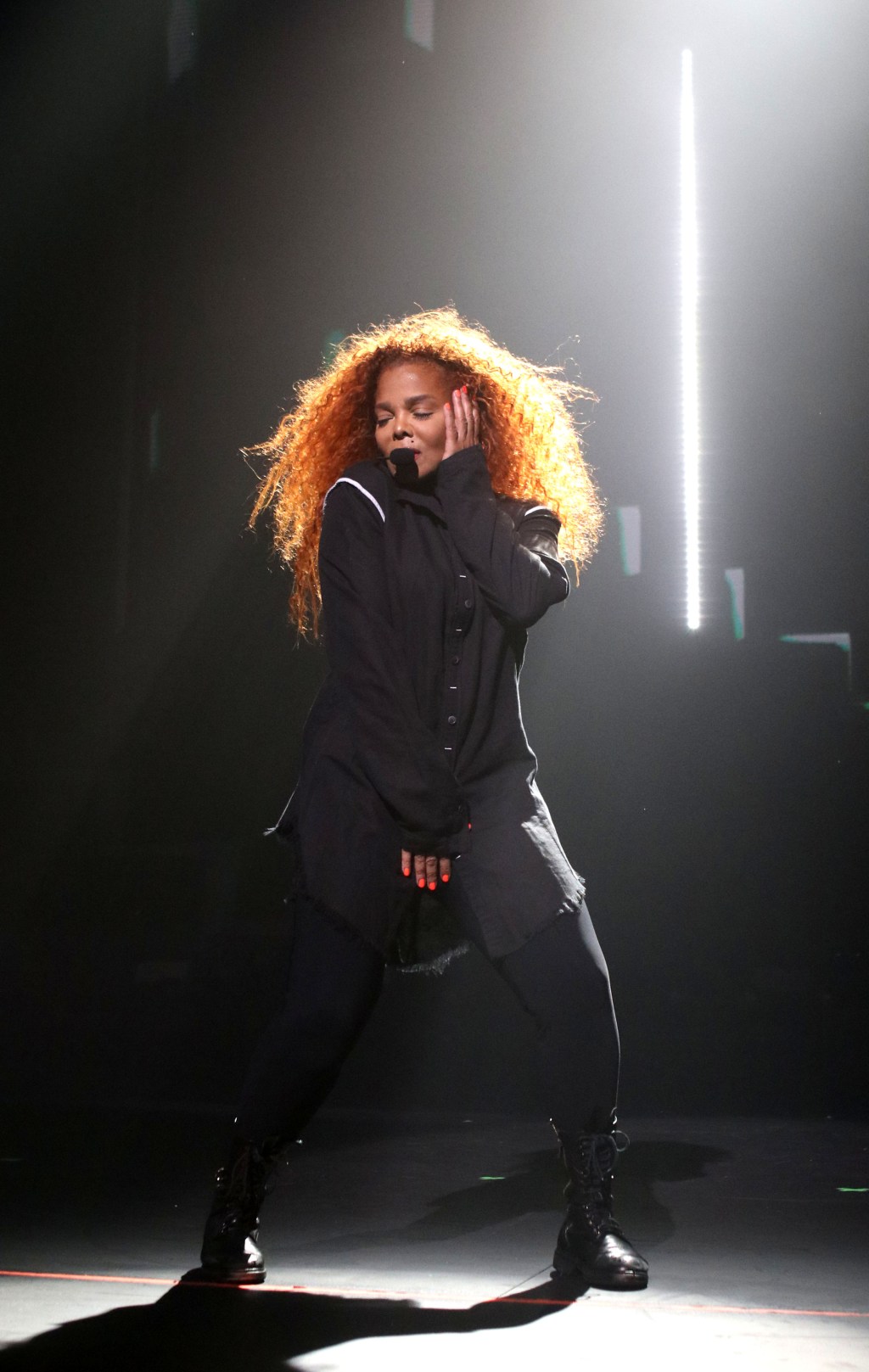 “I’ve gone through times of pain, uncertainty, and self-doubt,” a soft voice-over from Jackson shared before the opening number “Empty.” “I’ve known unexpected triumphs and I’ve also endured overwhelming tragedies. Through it all, I’ve clung to my sense of optimism — and optimism based on belief and change. I believe we can all change. Our ever-growing spirit can do more than support us. Our spirits can soar. Everyone’s metamorphosis can and will continue to bring out the essential beauty of our souls.”

For Jackson, change has been essential to her career. Pivoting from actress to music artist (away from the shadows of her older brothers), she was heralded as an unfiltered woman who kept it real — or nasty. While the entertainer has shied away from the risqué on-stage behavior that became her tour signature (i.e. gyrating on or planting kisses on her fans’ faces post-pole dance like the days of her Velvet Rope Tour), be clear that the sexy has never left her. It is worth noting that physically, Jackson is in fighting shape (thanks to intense, stamina-building workouts with her physical trainer Paulette Sibliss) and showed no signs of fatigue during the dance-heavy set.

Jackson’s sexiness has also translated to empowerment for minorities of every shade and struggle. Whether she’s calling out a lazy son of a gun on “What Have You Done For Me Lately” or chucking the deuces to a waste of space on “Pleasure Principle,” the performances of these tracks reminded supporters in attendance — which ranged from the ethnically diverse to queer — how Jackson laid down the blueprint for independent shot callers to get theirs in a world that often favors nasty boys (see current U.S. president). The live renditions of these songs in the age of #MeToo also affirm the timelessness and cultural relevance of Jackson’s musical inventory. The only minor downside of a mini-Greatest Hits concert is that not every song gets to shine in the spotlight in its entirety, leaving fans, both millennial and veteran, rabid for more.

Social change also fueled the residency. The final section of her tour celebrated 30 years of her breakthrough fourth album, 1989’s Rhythm Nation 1814. A visual of Jackson standing in a room of mirrors surrounded by social ills written on pieces of black tape like “Police Brutality,” “Hate” and “Sexism” backed by audio of her vowing to “keep working for change” as she did in her 20s preceded the anniversary tribute. 2019 morphed into 1989 as Jackson and her dancers donned all-black, militaristic outfits, stomping to empowerment anthems like “Black Cat” and the LP’s title track. Anyone who previously didn’t pledge allegiance to the Rhythm Nation joined the party in Vegas as a quick scan around the theater saw most fist-pumping or mimicking the moves out of their seats. 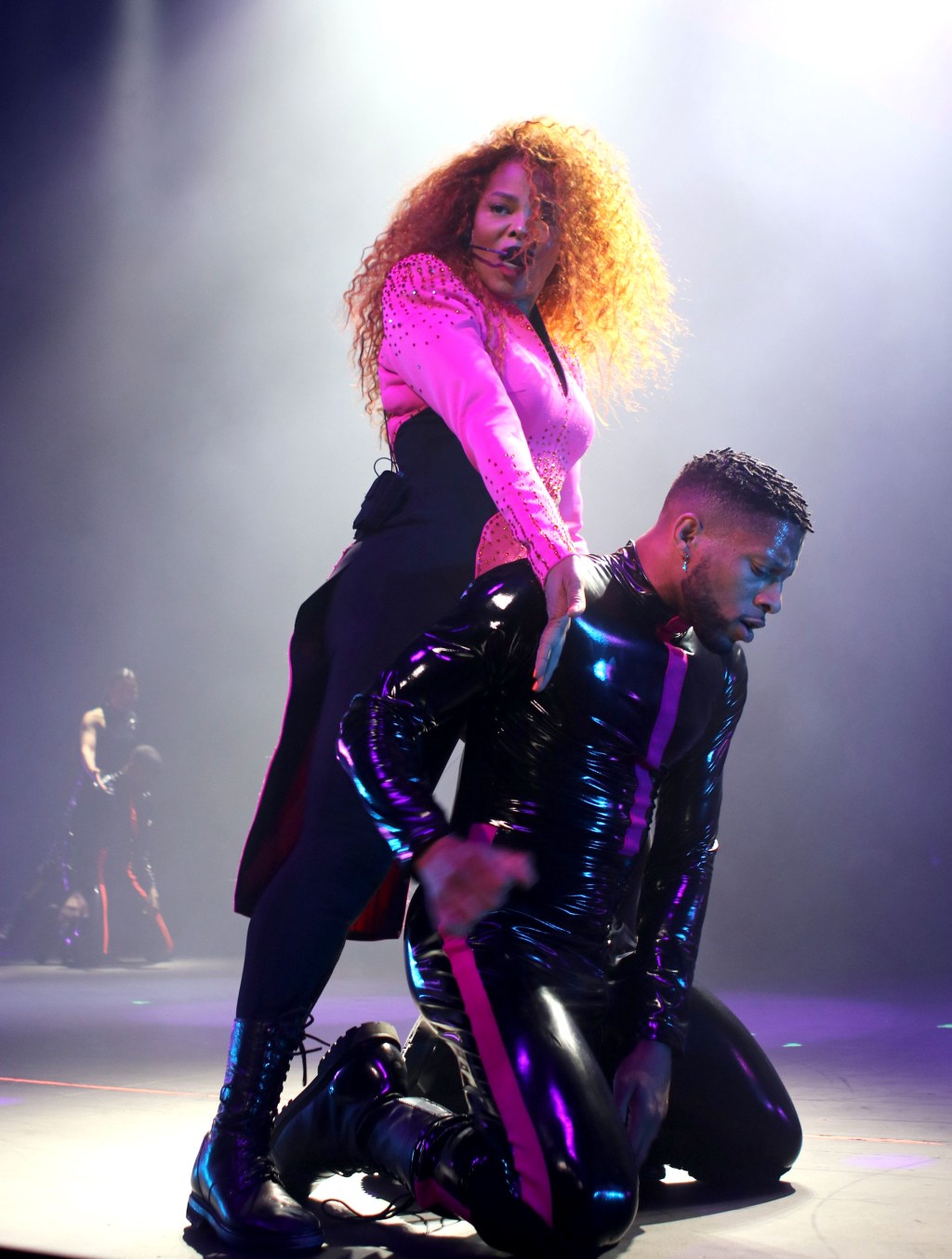 Before bringing the show to a close, Jackson made her transformation complete and dedicated a segment to her latest life chapter: motherhood. “Love. Fate. Destiny. Hope.,” her voice-over echoed before cursive text flashed on the jumbo screen against angelic images of the singer: “I am a mother. I love saying those words. I love the fact that I never gave up the one dream that meant more to me than any other. To be blessed with the responsibility, care, and upbringing of another human being. I see this as my ultimate metamorphosis.”

In 2017, Jackson welcomed a baby boy, her first child, at 50. Though she put her Unbreakable Tour on hiatus at the time, she resumed the global trek — which was renamed to the State of the World Tour — months after giving birth. Being a multi-hyphenate and mother is no easy feat nor is performing one’s catalog like it’s the first time in multiple nights for a series of shows tightly packed into a span of four weeks. But somehow, like her career and personal accomplishments, Jackson gives her all into everything she does, as the leader of a nation should. 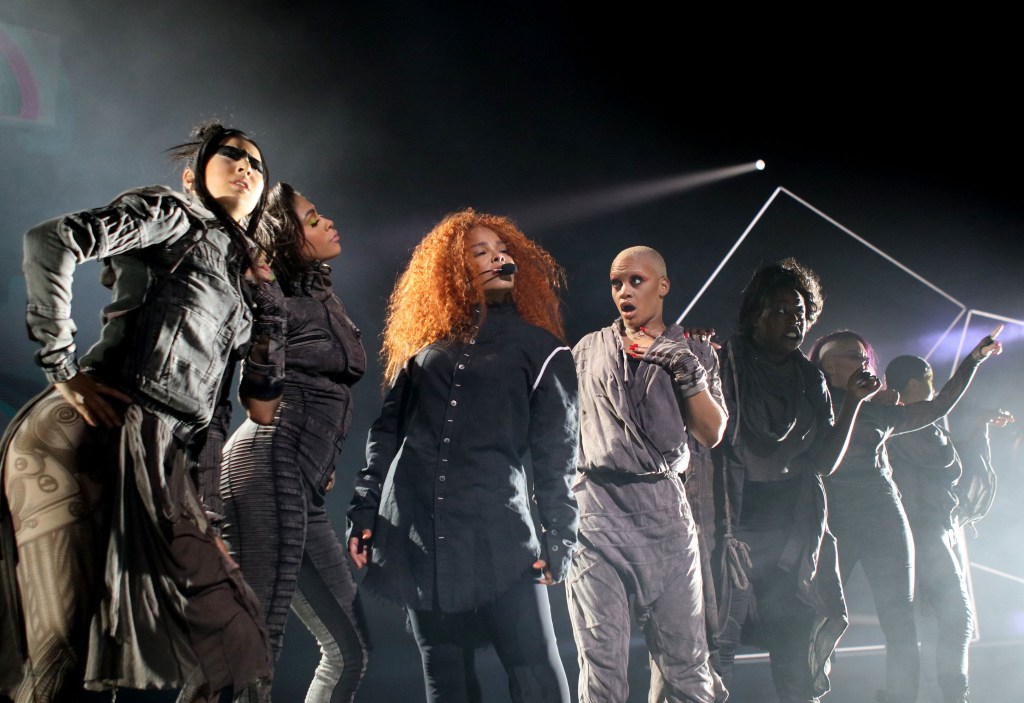 Set List:
Empty
Feedback
Trust A Try
If
You
What Have You Done For Me Lately
Control
Nasty
Pleasure Principle
When I Think of You
R&B Junkie
The Best Things In Life Are Free
That’s The Way Love Goes
Got ‘Til It’s Gone
Come Back To Me
Funny How Time Flies
Let’s Wait Awhile
China Love
Together Again
All For You
I Get Lonely
Moist (Sexiest part)
Anytime, Anyplace
Go Deep
Come On Get Up
Rock With You
Throb
State of the World
The Knowledge
Miss You Much
Love Will Never Do
Alright
Escapade
Black Cat
Rhythm Nation

Encore:
So Excited
Made For Now