Jazmine Sullivan’s Heaux Tales is easily one of the best R&B albums to be released this year. She’s also been incredibly active on Instagram with fans by having them share their own heaux tales, but on Tuesday (Sept. 7), she took a break from spilling the tea to share some details about her career, collaborations, and updates on all things Heaux Tales.

The Philly native prompted fans to “ask [her] anything (music related because y’all need to mind ur business).” When asked which songs of hers were the hardest to write, the 34-year-old singer-songwriter revealed, “I had horrible writer’s block leading up to Heaux Tales. I just couldn’t write. That’s why the response to the project feels that much more special. I wasn’t sure I was getting out everything I had inside of me.”

Sullivan also spoke about her 2015 album, Reality Show, revealing, “Reality Show is one of those projects you either know or you don’t. I listened back and was proud. Brand New, Mascara, Silver Lining, Hood Love, Masterpiece, Veins… yeah. Sometimes, it’s just about timing.” 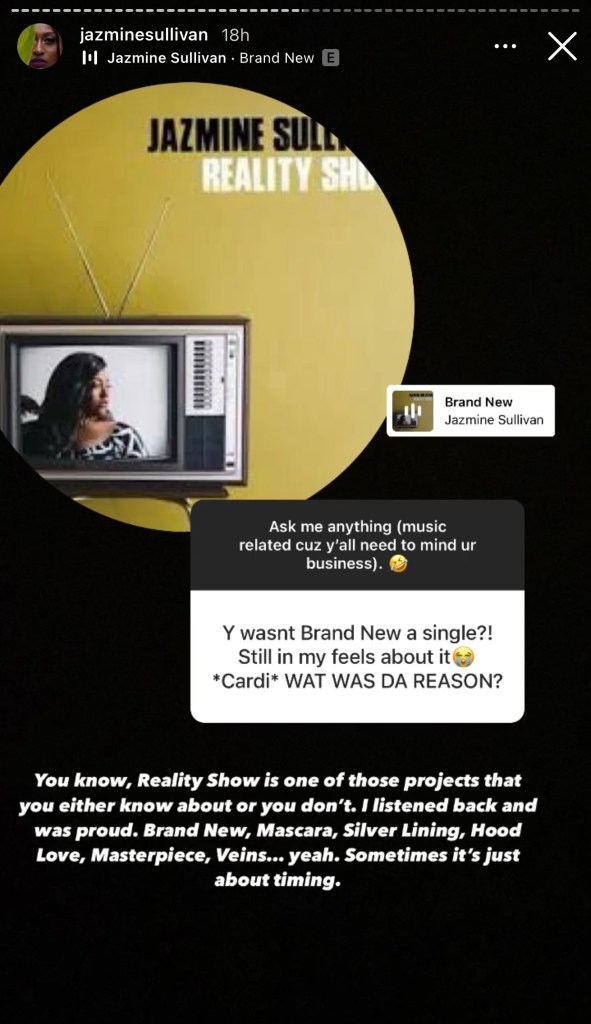 She later mentioned that she is planning a Heaux Tales tour, but wants to ensure her fanbase is comfortable with attending concerts during the pandemic. She then lightly teased a deluxe version of her latest album with the caption, “Maybe. Maybe not,” followed by side-eye emojis, but confirmed both Heaux Tales merch and vinyls are “coming…”

Since she started her career in the church, Sullivan mentioned that she would do a gospel album, tentatively titled Jesus Loves Heauxs Too. Meanwhile, her fans practically begged her to release a live album.

As far as future collaborations go, she named SZA, Drake, Summer Walker, but especially Fantasia and Brandy. On a potential collab with Fantasia and Brandy, Sullivan expressed, “We need to find the right song. It HAS to happen.” Most of Sullivan’s fan-led Q&As are highlighted on her Instagram page. 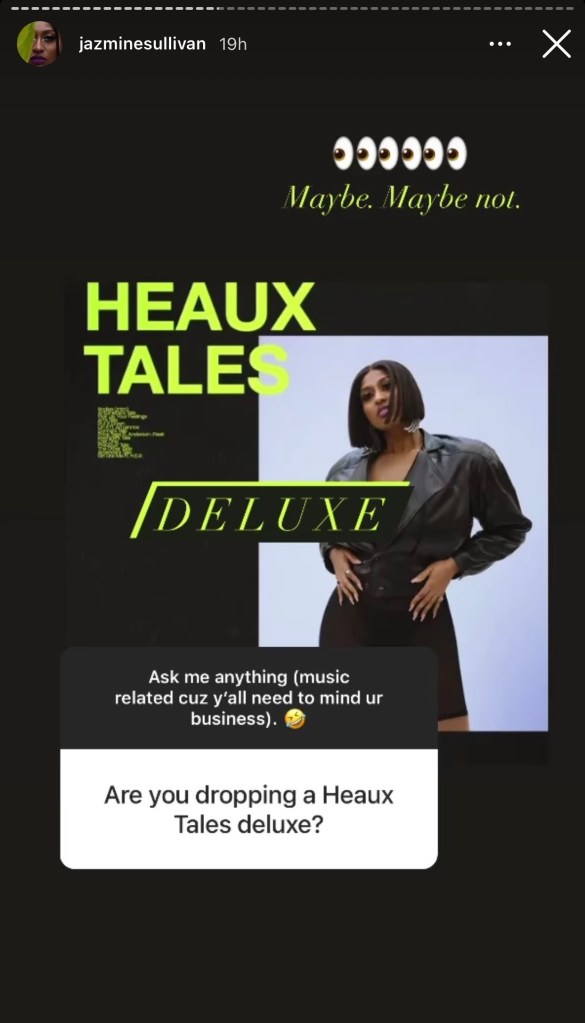 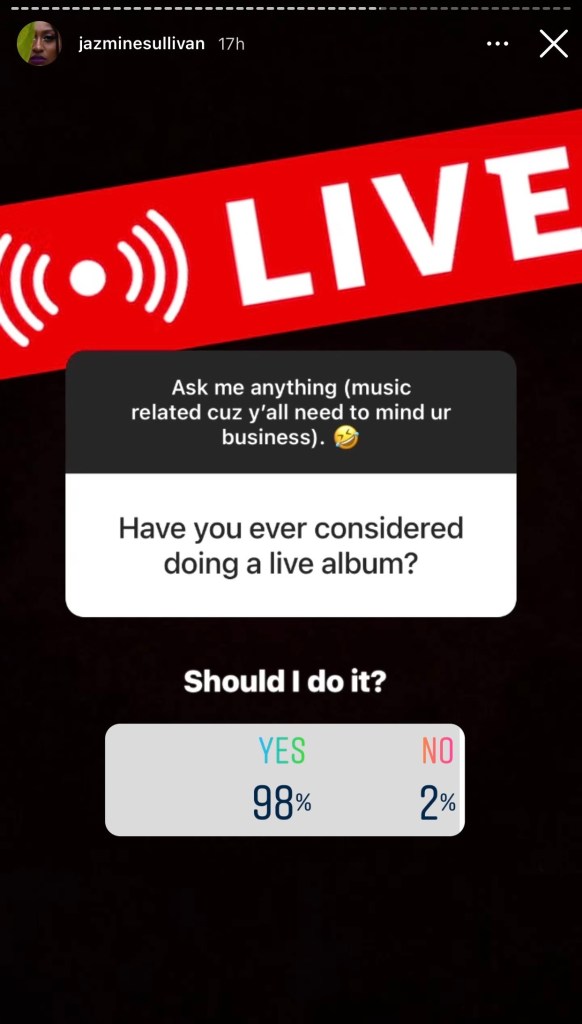