On Tuesday (Nov. 30), Byrdie Magazine revealed the R&B phenom as the cover of their Reflection issue. In the profile, they opened up about their music, gender and sexual identity, and self-love.

They revealed, “I got breast implants about four years ago because I was very much struggling with what beauty meant to me. I remember this video of me performing went viral. People were like ‘she’s horribly built.’ So I went and got breast implants.” Later, Kehlani explained they felt bullied into feeling like the implants were needed.

Yet, following the physical alteration, the Oakland native found themselves battling breast implant illness (BII), which is described as “an autoimmune condition experienced by some who have had breast augmentations with silicone implants.” The 26-year-old explained they found themselves dealing with several of the symptoms, which took a toll mentally and physically. “I was already feeling dysphoric about my breast implants because I’m such a ‘tomboy.’ Like, how do I even put these in outfits?” they shared.
Years later, they quietly had them removed. The Cloud 19 singer shared, “I actually feel way more beautiful than I ever felt because I feel healthy. I really don’t take my natural body for granted anymore.”

Upon the interview’s release, Complex published an article on Thursday (Dec. 2) entitled “Kehlani Opens Up About Removing Breast Implants: ‘I Let the World Bully Me Into Feeling Like I Needed This.'” This headline aftermath, as they called it, prompted a series of since-deleted tweets.

“This is why I’m not speaking nor doing interviews anymore […] it’s not even about the interviews, it’s about the headline aftermath,” they began. “I felt comfortable expressing that for the first time ever because people were starting to notice and the interviewer was really nice & the article was about self love and beauty […] to preface me speaking about this illness with a quote about ‘letting the world bully me into surgery’ sets me up for the wrong conversation. whatever gets the clicks tho i guess. bless.”

Complex has since updated the article’s headline to remove the quote and Kehlani has deactivated her Twitter. 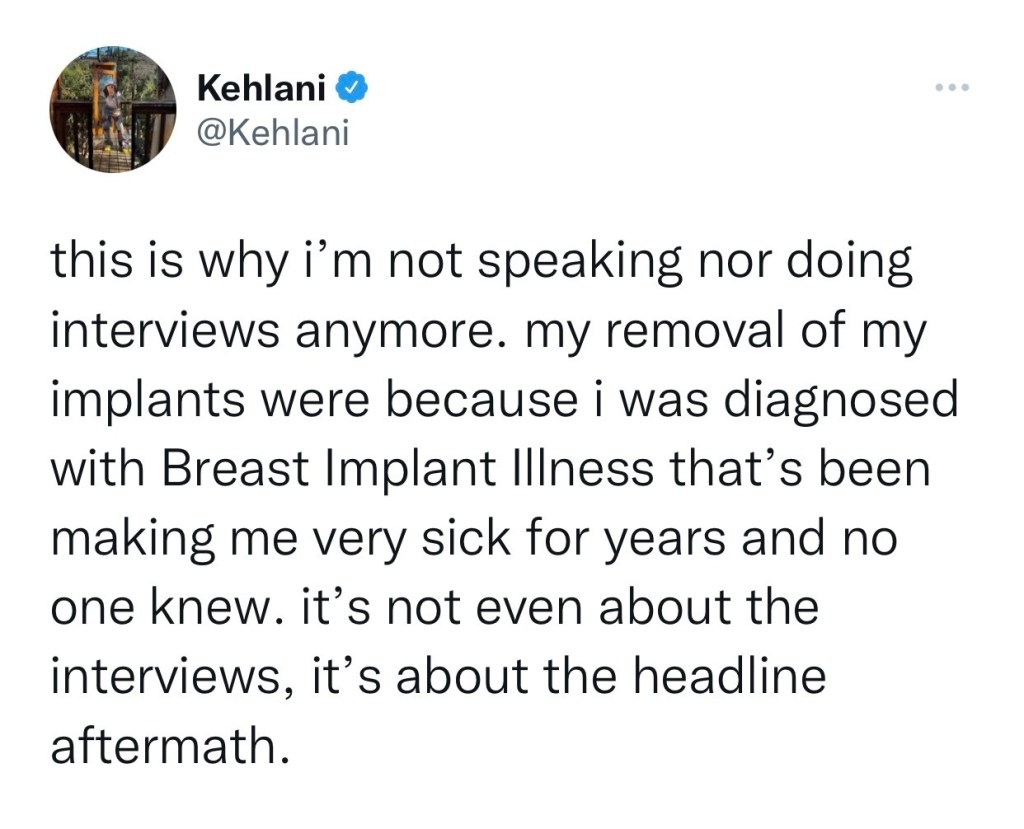 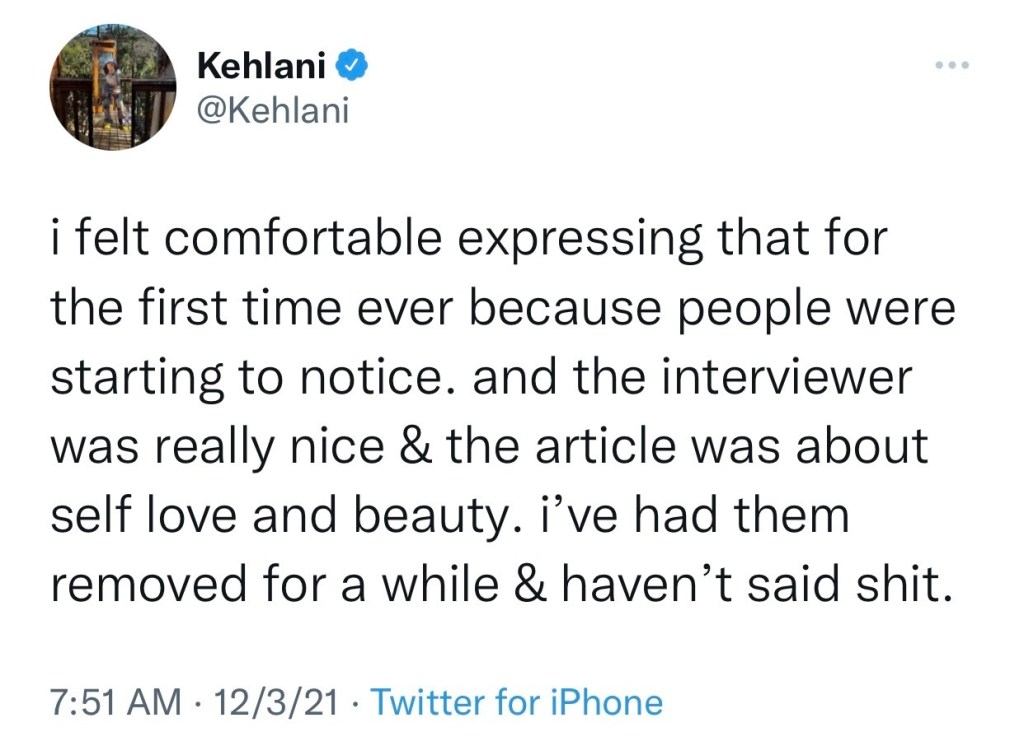 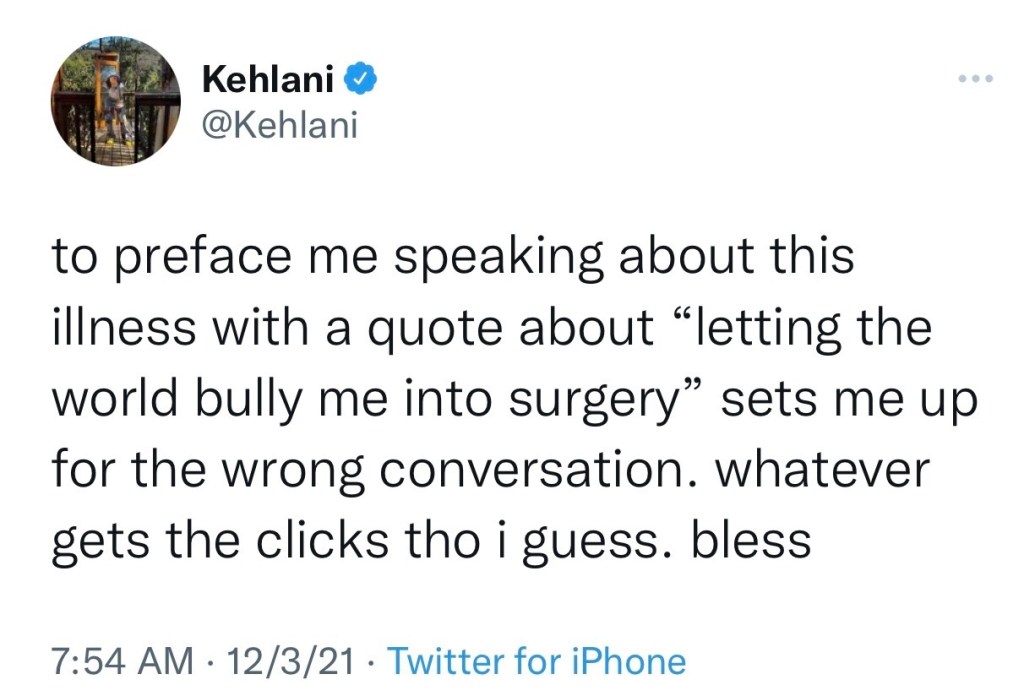 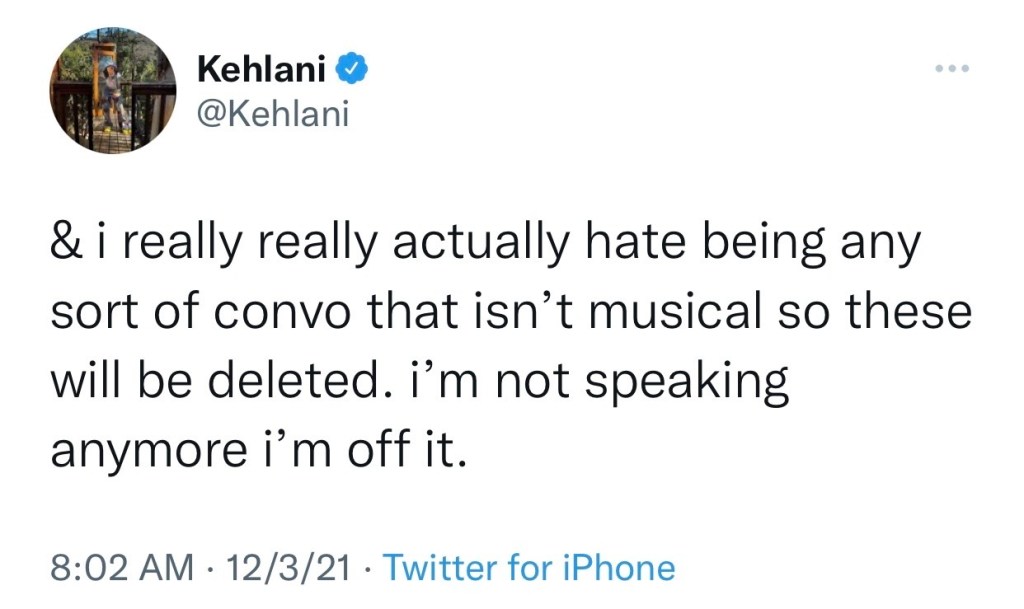