At one point, Kevin Ross was at the forefront of this generation’s rehabilitation of R&B. The DC native’s nostalgic-abiding slow jam “Long Song Away” topped Billboard’s Adult R&B Songs chart in March 2017. That chart has also seen his peers like Ro James, Daniel Caesar, H.E.R., Sevyn Streeter, and Ella Mai find the same success. This year, he’s on a mission to bring new life to that movement of millennials sharing the R&B airwaves with the legends they grew up listening to— and to infiltrate the public music conscience during the process. With his new EP, Audacity Vol. 1, he plans on a few tracks crossing over into formats geared towards younger audiences.

In recent months, there has been a lot of conversation online about the definition of “real R&B” and who in the new generation of stars are crafting it properly. On February 24, the discussion came to an explosive fever pitch when hip-hop artist, Young M.A tweeted, “Music don’t feel the same because we barely have R&B, … R&B brung that balance to music…now everything is leanin one way smh so it gets played out quick! We need R&B for the balance no kap [sic]!”

For the next few days, opinions were split. Some— even as notable as music mogul Diddy— agreed with Young M.A’s stance, going as far as saying, “you can’t fake R&B.” However, the opposing side of R&B fans felt insulted, wondering if mainstream entities should be blamed for not putting more spotlight on those artists.

The fact of the matter is there is still a lot of “real R&B” out there. A soulful kind of R&B that matches the lifestyle and attitude of the vocalists, songwriters, and producers who are still holding down the genre’s origins. A simple dial tuning to adult R&B stations on terrestrial radio or Sirius XM’s Heart & Soul will reveal this to be the case.

Weeks prior to Young M.A’s comment, Kevin Ross is celebrating the release of Audacity, Vol. 1, his fourth EP since launching with 2014’s Dialogue In The Grey. The singer arrives two hours late to his own R&B themed party. At 10:10 PM on a cool President’s Day Monday, one of Koreatown’s many bars, Spot Karaoke, is flipped upside down as his roaring posse of friends, fans, and industry associates belt (and butcher) R&B classics of the past and present.

In Spot Karaoke’s open front lounge, the MC who queued song requests and his bartender assistant are a bit puzzled when Kevin Ross grabs the mic and “warms up” with an acapella role call. Without lyrics displaying on a screen, or the usual off-key instrumentals of karaoke songs, the singer starts out with The Deele’s 1987 classic, “Two Occasions.” The room responds back to Kevin Ross’s performance by comfortably finishing the chorus after figuring out the song.

Other audience members follow lead, performing rousing renditions of Kirk Franklin and The Nu Nation’s 1997 gospel-R&B hit “Stomp,” Aaliyah’s 1996 electro-staple “One In A Million,” and Brandy’s 1994 freshman ballad “Brokenhearted.” For a quick 30 minutes, it seemed as though Ross and the other talented individuals who kicked off the gathering had almost forgotten the rules of karaoke. Until someone finally holds up one of Spot’s many karaoke books and requests, “Can y’all do it to the music?” 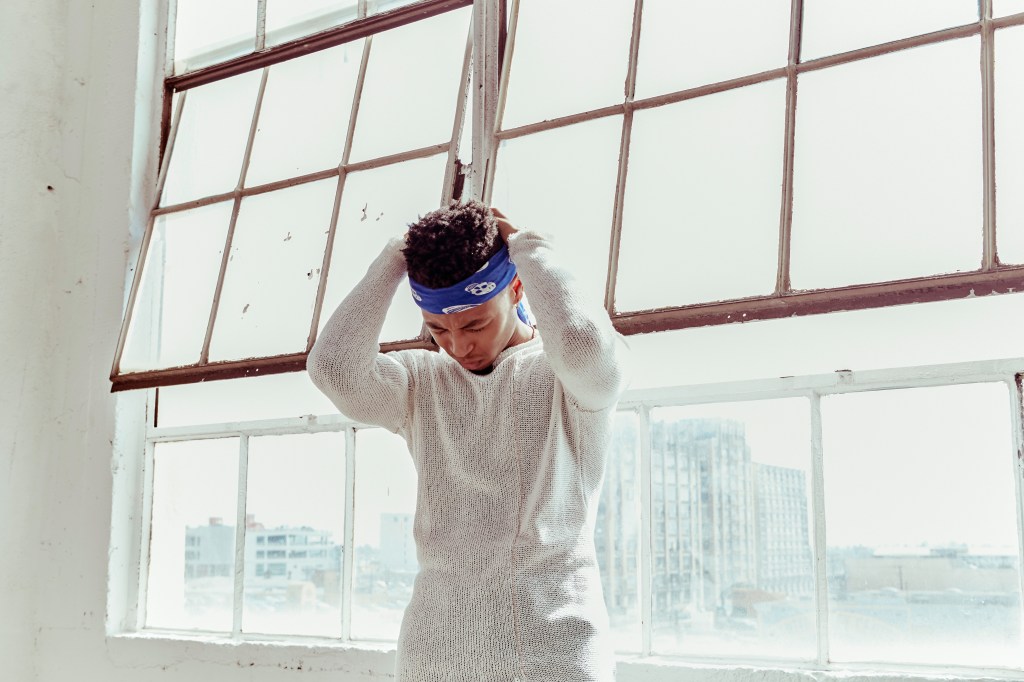 During the run of selections ranging from Sunshine Anderson’s “Heard It All Before” to Sisqo’s “Thong Song,” the room would break out into choreographed dance breaks, including a House Party moment to “Poison,” swaying to Lloyd’s hook on Young Money’s “Bedrock,” and a boy band moment to *NSYNC’s “Bye Bye Bye.”

The attendees get into an uproar when they realize that The Maze and Frankie Beverly’s “Before I Let Go” is not in Spot’s karaoke book. The session reverts back into an acapella roll call, with a soul train line forming to do the electric slide. However, Lauryn Hill’s starring Sister Act 2 gospel ode “Joyful Joyful” is in the karaoke queue to close out the night.

The following afternoon, Kevin Ross appears more business casual when he’s visiting the VIBE office in Times Square. “Oh, you’re the guy that sang ‘Wild Thoughts’ last night!” he says as we get reacquainted. (Yes, I couldn’t refuse the opportunity of performing all of Rihanna, Bryson Tiller, and DJ Khaled’s parts during the festive night.)

Easing into a conversation about Audacity, I had to bring up an encounter with one of his fans — who eventually left before Ross’s arrival. “She DM’ed me, and she was like, ‘Hey, where you at?’ And I was like ‘Hey, they’re still trying to figure everything out,’” Ross explains. The singer has a strong connection to his fans: celebrating the birthday of one at his karaoke night and making it up to another by giving her free tickets to his Philly show.

As he’s blaring select cuts from Audacity to VIBE’s editorial staff, I notice that “Let It Out” and “Switching Sides” are the two favorites that his impatient fan described. She enjoyed the more sexual nature of the cuts because she had never heard Ross sing like that before. The trap percussions and lascivious vocals of both songs sharply contrast the singer’s self-described “peace and love” vibes on his 2017 debut album, The Awakening, or “This Is My Wish,” his breakout jingle from a 2014 Glade holiday commercial.

“What I did on Audacity was I had an ego,” Ross highlights. “But that’s kind of like my alter ego. That’s when you get the more sensual, sexual stuff.” He finishes off by saying, “I’m a grown man… And I think that shouldn’t be glazed over.” 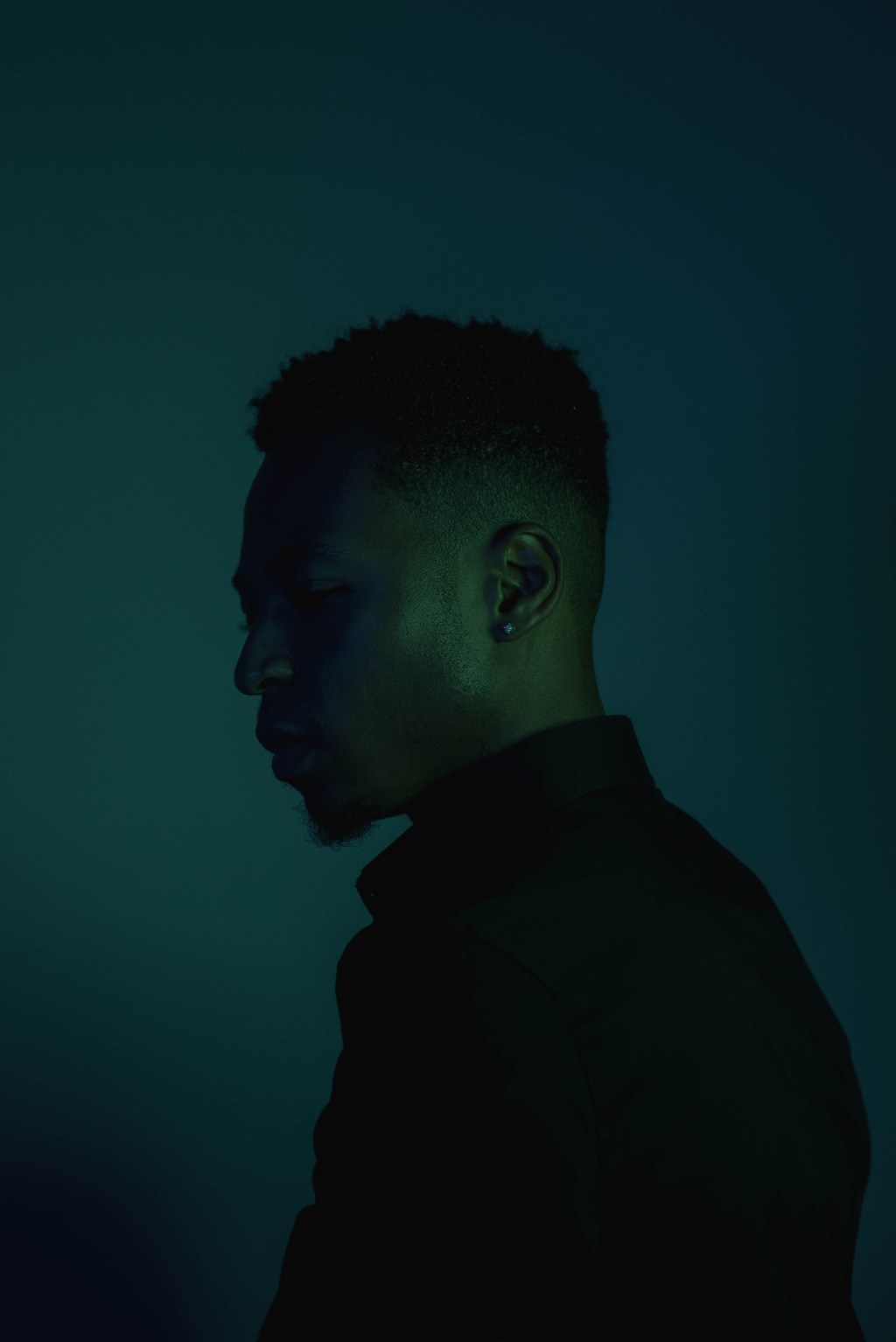 The new territory the singer finds himself in as a solo artist is not much different from what he’s penned as a songwriter for a long list of others, including Toni Braxton and Tank. During his karaoke session, someone snuck in Trey Songz’s 2014 sex anthem, “Touchin, Lovin” for Ross to perform. “I wrote this one,” he gleefully says during the opening instrumental before matching the tone of Trey Songz. At the office, he acknowledges, “I think if people listened closely and they understood my journey as a writer, I have a history of overt writing anyways.”

The reason for naming his new EP, Audacity, is because Ross “had the balls to leave” his former label Motown Records. With a laugh, he further explains that he went independent with his own label, Art Society Music Group, and a distribution deal with EMPIRE.

“I’m a lot freer,” rejoices a confident Ross, “There are less cooks in the kitchen.” He continues: “When you take away a lot of people’s opinions and you really get down to the art and the creativity of it, [you] get to the soul and the honesty and the transparency.” The decision also came with the “autonomy” of owning his own masters from this point forward, working during the process to eventually own those of his previous songs.

Sitting alongside Kevin Ross through all of this— and even co-hosting the R&B karaoke night— is Canjelae, the Tammi Terrell to Ross’s Marvin Gaye. Growing up in Bermuda, Canjelae used to read VIBE, and now she’s in awe of this cultural connection made possible by her friend and mentor. They started out as friends of ten years, meeting when both studied at Berklee College of Music in Boston. Now they’re hoping to take their newly cemented recording partnership into a new dimension.

“I write a majority of my own stuff,” boasts Canjelae, as Ross co-signs with a “yep!” in the background. However, she goes on to explain that she “stole his laptop” and fell in love with a song called “Necessary Evil,” which talks about a past doomed relationship where the woman realizes she “trained” her ex to be better for the next.

Both artists plan on releasing “Everybody Here Wants You,” an early 2000s quiet storm cover of Jeff Buckley’s song of the same name. Their feminine and masculine balanced falsettos are reminiscent of Usher’s “Can U Handle It.” When they play it at the office, a rare moment happens with VIBE’s editor in chief, Datwon Thomas, popping into the room to give his props, prompting the singers to run back their potential hit that’s slated for a late spring release.

Canjelae— who is inspired by Amel Larrieux of Groove Theory, as well as the star power of Beyoncé— will soon be releasing Cave Covers, which will include a spin on Missy Elliott’s “DripDemeanor.” Mapping out the project, Canjelae notes that she’ll also be covering Sade’s “By Your Side” and Brandy’s “Brokenhearted.” 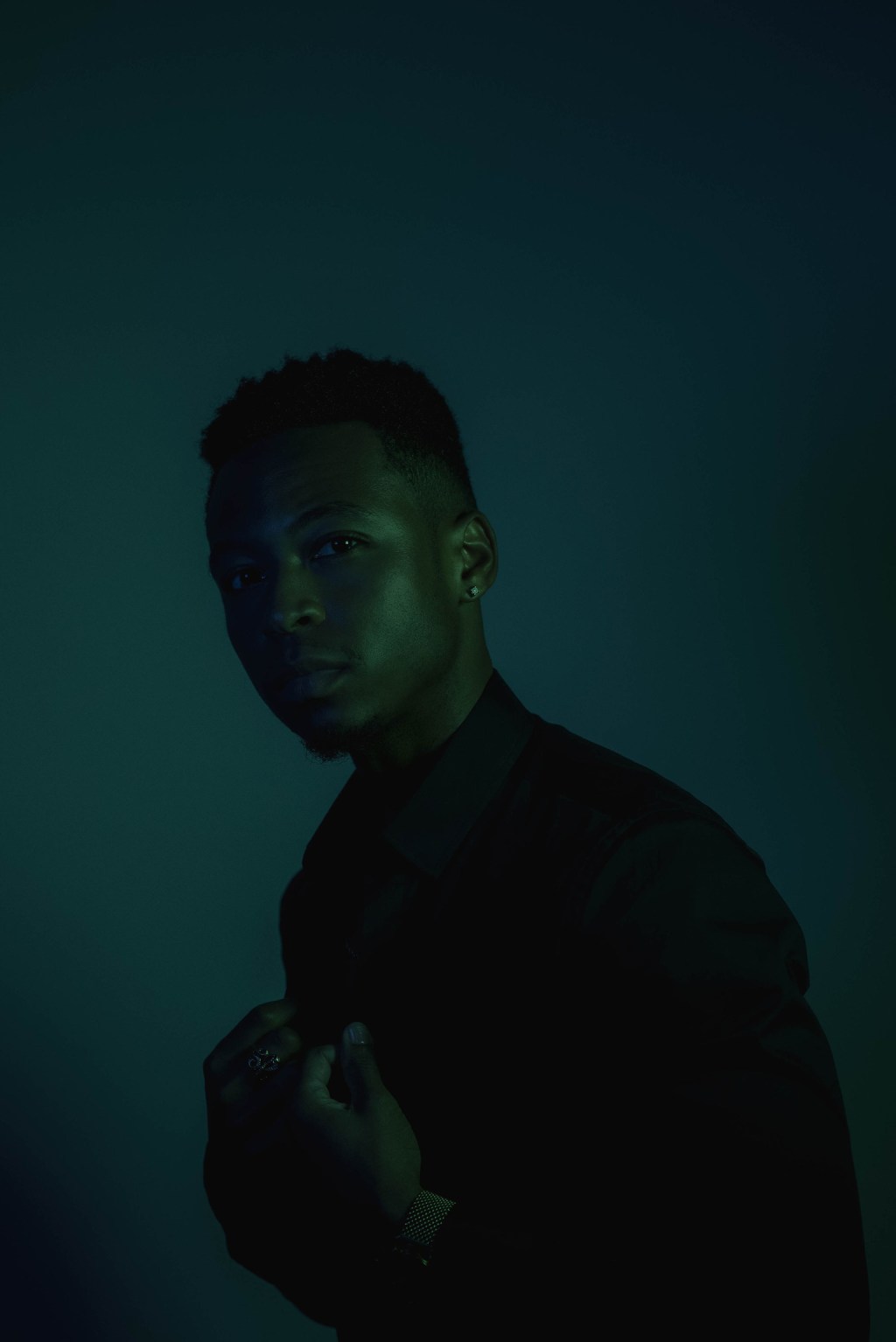 While Kevin Ross is smoothly calculated in his demeanor, Canjelae is slightly timid but nonetheless assured in hers. At that moment, she’s breaking down how “pop has always been the music that Black people were listening to at the time that everyone else wants to love too.”

The duo’s intellectual takes on the industry at large are what could potentially make their upcoming collab lethal. “Right now, pop is sounding a lot like R&B, trap, reggae, and afrobeats,” points out Canjelae. “And I am loving it as an island girl who loves R&B and everything else.”

When asked how both feel to see non-Black artists such as Ariana Grande and Justin Bieber receive more mainstream success (at the time of the interview, Bieber notched two No. 1 songs from his Changes album on the R&B Songs chart), they take no issue. Canjelae starts by saying, “I don’t feel like I’m competing [against those artists] because everything that I make is my culture, so how could I be competing?”

She finishes off, almost as if she’s simultaneously giving the definition of what real R&B should stand for. “We’re coming to a time where people want to hear the music from the people that are living the life.”

In the background of his friend’s words, Kevin Ross preaches a “facts!” and adds “I don’t think that we should barricade the genre [of R&B]. That just creates division.”

Review: Kevin Ross' 'The Awakening' Aims To Continue The Legacy Of R&B