If you know how to respond to “rain drop”, then you are familiar with one of the many cultural waves created by Atlanta trio, Migos. Shining on the cover of Billboard, as “The Three Amigos,” the trio discussed their success, their brotherly bond and what lies ahead in their musical journey.

Although the group didn’t receive an invitation to this year’s Grammys, the group was welcomed by their peers like Chance The Rapper and Gucci Mane to plenty of Grammys parties. Unbothered, the group believes shine from the Recording Academy will arrive in due time. “We’ll be there next year,” Quavo said. “Then Kanye going to come on down because they finally acknowledged [young black artists].”

With the golden age of hip-hop possessing many of the genre’s most successful rap groups, Migos has gone on to the shake doubts of becoming southern one-hit wonders with hits like “Fight Night” “T-Shirt” and of course, “Bad and Boujee.” As we’ve seen with acts like The Lox and Wu-Tang Clan, chemistry is an A1 component for groups. When discussing theirs, Offset says in little words how much he loves his compadres.

“I love them, bro,” he said. “That’s all I can explain.” He goes on to discuss the “sickening” feeling he experienced being locked up and away from the rest of his group. 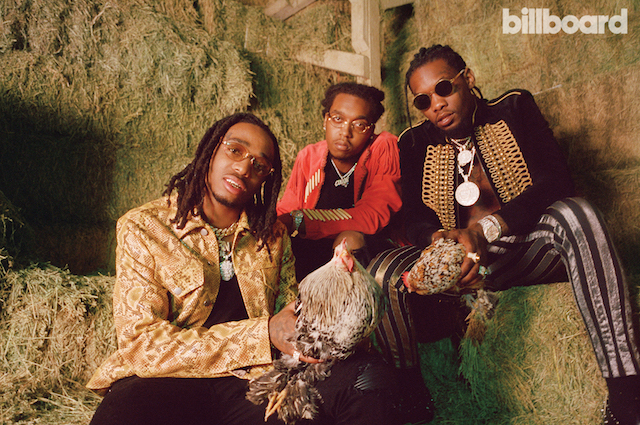 Acknowledging the rabid need for jams, Takeoff explains that the group plans to keep hitting fans with a heavy dose of music. “We play a beat for 15, 20 seconds and know if we want to get on it,” Takeoff said. “When we record a verse, it’s no more than 15, 20 minutes. We don’t have a pen and paper. We bounce off each other.”

Check out the rest of the feature here. 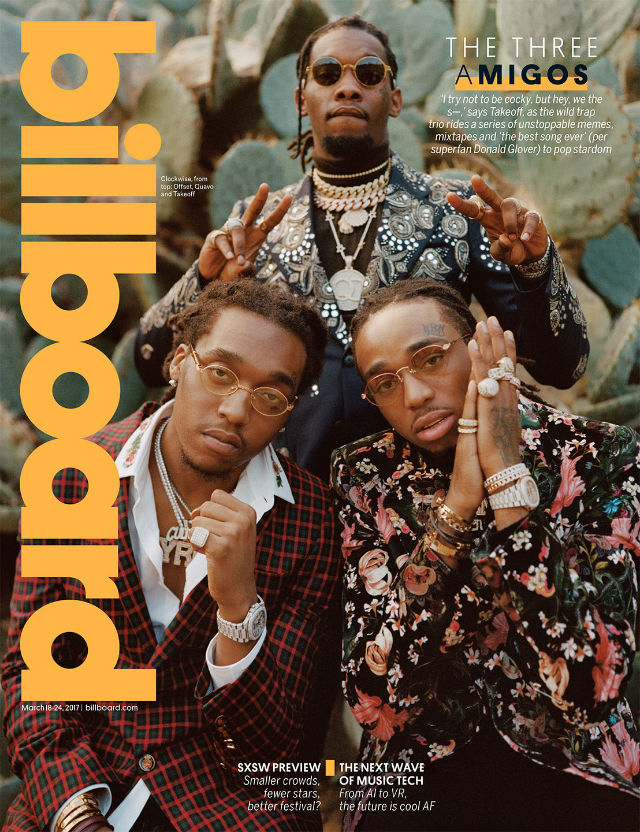