Angela Yee: Have you ever messed with a girl that you were embarrassed about and you hoped no one finds out?

Wale: When I was younger. Seeing them in the club the next time like, Damn, if I could see me from last week I’d beat the shit out of me. I’d put a roofie in my own joint so I don’t end up talking to this chick.

Meek Mill: Like 3:30 in the morning, not having a girl. It be like that sometimes. I fuck a lot of bad women, don’t get it twisted. I got a thick one, a little husky… I got that one and she’s always around. And people found out I hit it—

Mill: She ain’t fat. She’s thick. She’s like 25 percent over the line.

Pill: She had a few too many goddamn double cheeseburgers.

What about you, Ross?

You’re giving back to the community.

Ross: I still give back. I can’t even front.

Pill, I’ve seen you with some crackheads.

Mill: Pill is a ‘hood nigga, for real. He doesn’t give a fuck.

Pill: On some real shit, I’ve had some that didn’t look all that right. I play like I ain’t know it that day in the club because—

Ross: You can’t act like you don’t know it.

Pill: I ain’t gon’ lie, one of my worse experiences was waking up in the morning years ago and I looked over to my left and said, “Aww, man, what the fuck were you doing, dog?”

Ross: I can’t sleep the whole night with a chick. Before sunrise, shorty, you got to go.

Pill: Obviously, I was too fucked up in the first place to have you in my bed and in my house if you’re looking that bad. So I went to sleep and when I got up, I’m asking you, “What went down? Did I really just…”

Ross: You done ate the pussy.

Want to read more of Maybach and Angela Yee’s NSFW convo? Get your fill on newsstands June 7 and be sure to check back for our second June/July cover reveal.

BONUS ? COME BACK TO VIBE.COM ALL WEEK FOR MAYBACH MUSIC WEEK! 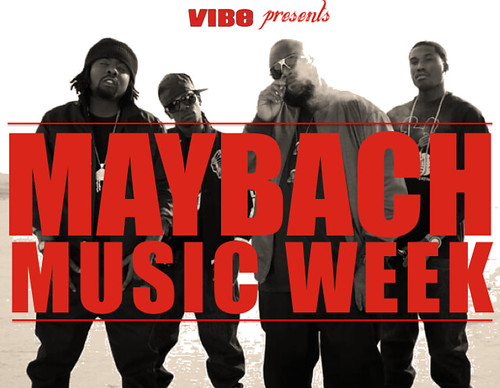