The Roots Picnic is back. Returning in-person for the first time since 2019, the festival curated, headlined, and hosted by Hip-Hop legends The Roots will take place on June 4-5 at Fairmount Park in Philadelphia.

Shawn Gee, who is the President of Live Nation Urban as well as The Roots’ manager and the event’s co-founder, expressed in a statement, “After a long two years, we are excited to announce the return of The Roots Picnic to Philly with two days of music and culture at the Mann at Fairmount Park. This year, Black Thought, Questlove and I attempted to curate a lineup that broke through the genre barriers that often separate us in black culture. To be able to book Mickey Guyton, Kirk Franklin, G Herbo, Wizkid, Wallo & Gillie, and Mary J Blige on the same lineup was a dream come true.”

Though it’s subject to change, here’s the festival’s current lineup, including acts scheduled to appear on the Podcast Stage. 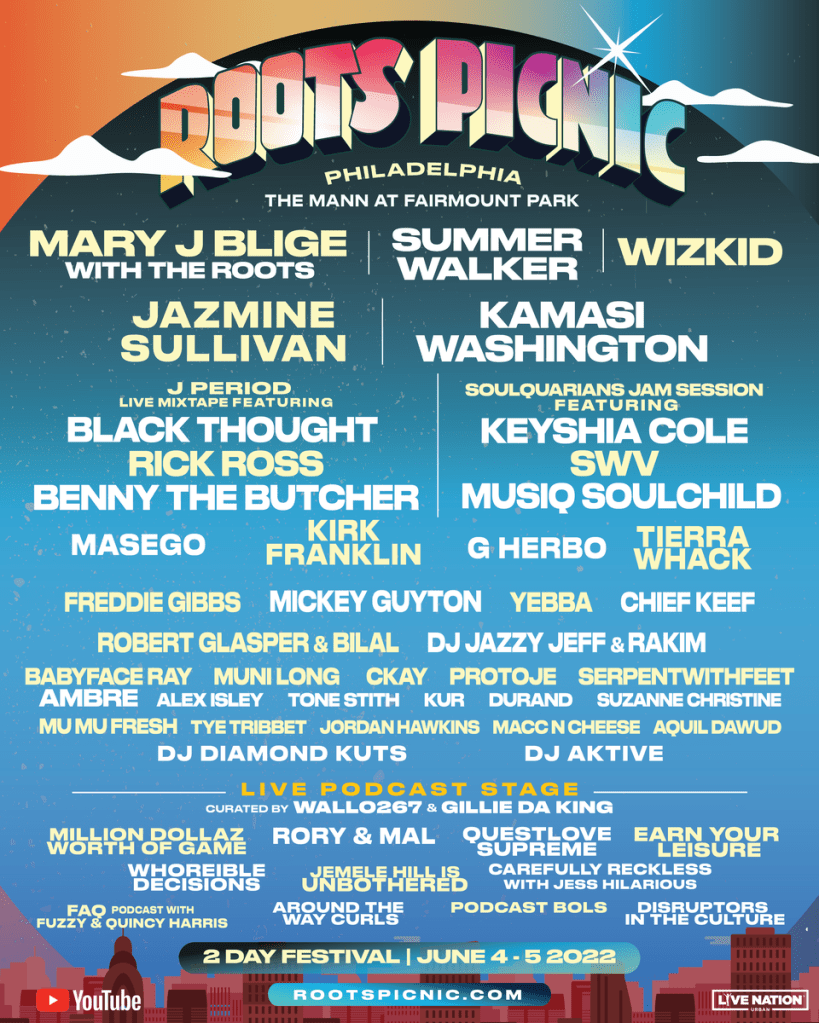 The special fan club presale begins today (Feb. 15) at 10 a.m. ET with general ticket sales beginning Friday, February 18 at 10 a.m. ET. Weekend tickets, limited single-day passes, and VIP packages can be purchased on the Roots Picnic official website. For those unable to grab tickets or not willing to risk attending in person, the event will stream live on YouTube.