Missouri rapper, Smino, will be releasing his debut album, blkswn, next Tuesday (Mar. 14). The day of the week is synonymously unconventional for any type of music release, but considering 314 is also Smino’s area code, it makes sense.

Interview: Smino Celebrates The Art Of Black Excellence On “Blkoscars”

The 25-year-old lyricist reflects on why he’s aiming to have his hometown act as such a guiding force in his debut: “I hate the fact that when artists tour they don’t have a date in St. Louis,” he told The Fader. “I think people don’t think it’s an organized city. There’s hella creative people coming from here, so I’m trying to open up the floodgate for them. I remember after Mike Brown got killed, people just wanted to be heard but the media cut them off. So we started the “hands up, don’t shoot” movement, and it was all these voices of young people wanting to be heard. We can make that same thing happen on a positive note.”

Positivity is something that radiates throughout Smith’s chosen art form. Last month, he released the track, “Anita” in anticipation of blkswn. During the continuing negative heightening of our nation’s political climate the rapper wanted to “emphasize how raw a black woman is” amidst “such an important time to be confident about blackness.” He delivered to the masses a soulful escape from a less-than-great reality.

Smino Explores The Undiluted Reality Of A Black Woman With “Anita”

“Anita” is featured as the lucky number seven on the 18-track album, decorated with a bowed-head Smino with a white comb tucked in his pillowed tresses in sultry red lighting, to embody the true essence of a blkswn. 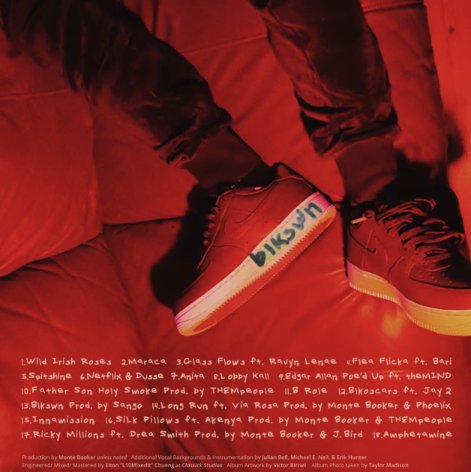