After a smooth rollout of his new EP Restoration of an American Idol in Feb. 2017, Taylor Bennett is all geared up to embark on his tour across the country with special guests Brian Fresco, Melo Makes Music and Morocco Brown. But just ahead of his month-long voyage, the 21-year-old rapper has dropped some digital gems about the meaning behind his project title and his dreams for a more inclusive space within the music scene.

“Restoration means to restore or bring back to the owner. But what it also means is to be the next heir to the throne,” Bennett explained of his EP’s significance. “This project is more of a voicing of me to give my audience better understanding of who Taylor Bennett is.”

The hip-hop artist also detailed what he visions for the future of concert environments in the next two or three decades. “I always talk about this big dream where in 20 or 30 so years,”  he began. “I’m at this concert and I have all these different people, gay straight, black, lower class, upper class, but all inside the same crowd. At one point I just ask them to look at each other, and when they look at each other, the thing that they realize is that they’re no different from each other.”

By the looks of the concert footage rolling in between the promo video, Taylor seems to welcome a pretty diverse group of fans, but the rapper says he would like to continue that inclusiveness with his music. “With my music, I want them to feel comfortable with who they are. I want them to embrace them being themselves. And I think that brings me back to the title [of my album,]” he said.

Bennett has definitely led by example when it comes to being comfortable in your own skin. In Jan. 2017, the Chi native came out as bisexual on Twitter, saying that he would “like to be more open about myself to help others that struggle with the same issues.” His outing inspired thousands of likes and retweets. His music has also served as inspiration with singles like “New York Nights” and “Grown Up Fairtytales,” featuring his big bro Chance the Rapper.

The Taylor Bennett Show tour will kick off on April 3 in Cambridge, Massachusetts and conclude on April 25 in Portland, Oregon. Check out the entire update from Taylor Bennett and the concert lineup here. 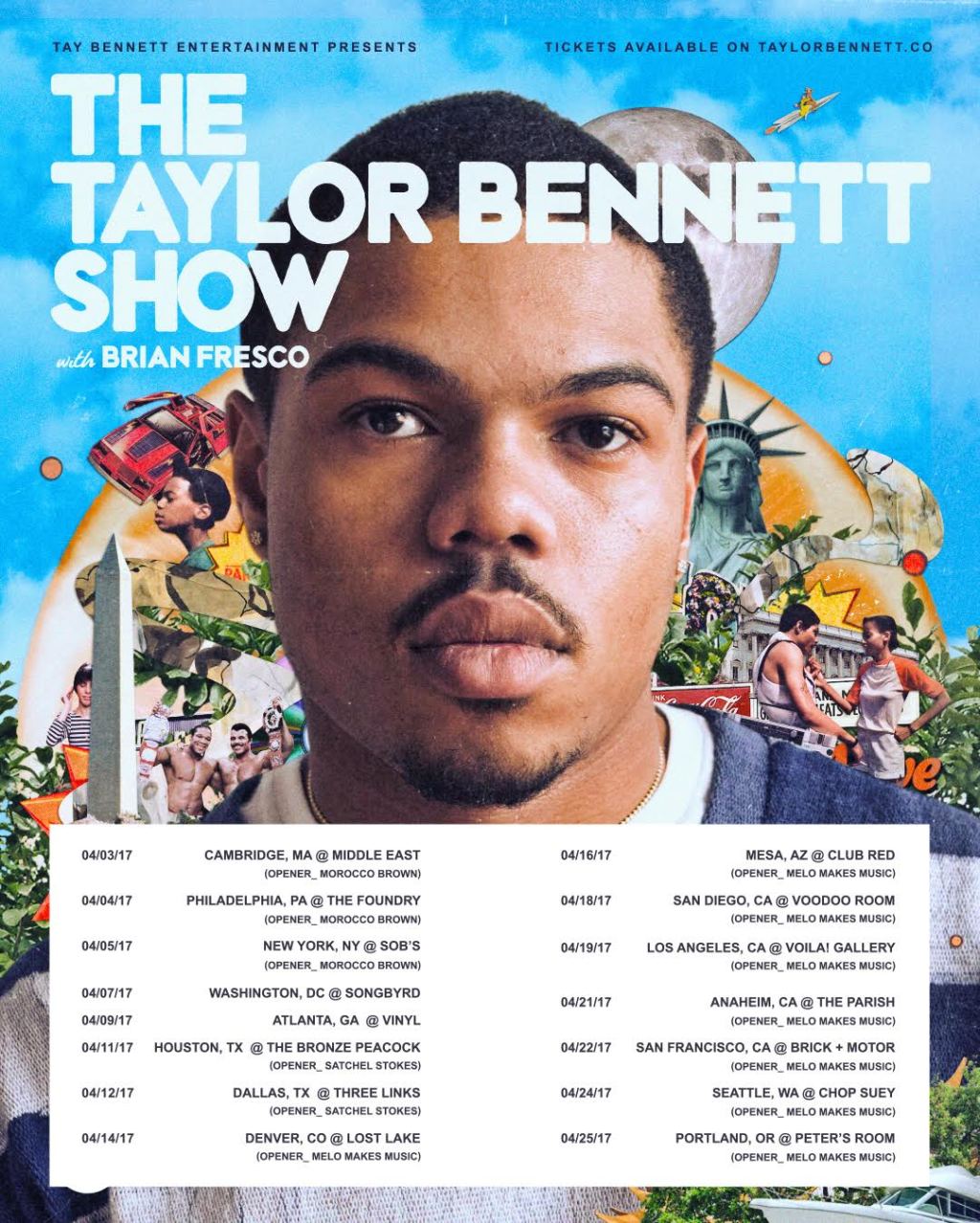