Although summer is over for most of us, the infamous party isle of Ibiza continues to party on well into October. Each year starting in May, the White Island’s beautiful venues open their doors for a 5 month party marathon consisting of nightly residencies featuring the world’s top talent. Whether it is David Guetta, Luciano or Steve Angello, all of EDM’s A-list will play a number of appearances throughout the summer on the dance music paradise. As the season moves closer and closer to an end, so begins an onslaught of epic closing parties. Marking the official reset of EDM’s calendar year, Ibiza’s closing parties are always some of the best gatherings one could ever find. Vibe has selected some of the best closing parties coming up in the next month that will feature some of the most stacked lineups imaginable. As EDM’s elite prepares to ring in the new dance year, Vibe sheds light on the best of these masquerade marvels.

Carl Cox has owned Tuesday night at Space for over a decade. Considered to be one of the best residency parties on the island, Cox’s ‘Revolution Recruits’ has featured a laundry list of top tier DJs. This year dance titans such as John Digweed, Sasha, Nicole Moudaber and Nic Fanciulli are a few of the many DJs to accept an invitation from Mr.Cox for a night of Space shenanigans. With this Tuesday being the final installment of Carl’s dance revolution, a monstrous lineup is in store to end the proper way. Joining Cox will being Desolat’s Loco Dice and tINI, as well as DJ Sneak and Ibiza legend Yousef. How can a Tuesday night get any better than this? Vibe doesn’t think it’s possible…. 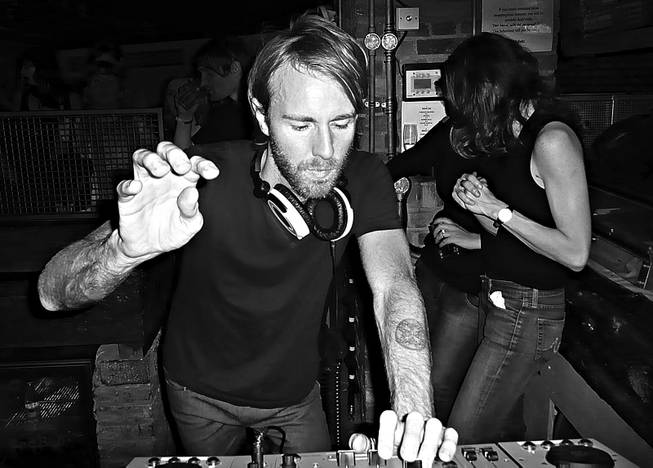 Celebrating the end of a very successful initiation year, Richie Hawtin’s Enter concept is set to close up shop this upcoming Thursday. Following last week’s crazy marathon party with the Cadenza crew, Richie plans to put Enter to sleep with a monster lineup. Some of the DJs joining Hawtin are Maya Jane Coles, Paco Osuna, Magda, Nick Curly, and Premiesku. With Enter being one of the most unique party concepts ever created, the visionary Canadian promises party goers a send off incomparable to any other parties on the island. Following the successful move of his Club Life residency from Privilege to Pacha, the biggest name in all of EDM brings a close to his Monday night soiree. For over a decade, Tiesto has amazed crowds all over the world and set the standard that many DJs wish they could reach. His Club Life brand is one of the biggest in the business and his yearly Ibiza residency has been one of the most successful parties of all time. Joining him to close out the season will be fellow Dutch producer, R3hab. Not much needs to be said when talking about a Tiesto event, he has been top dog for a long time and with parties like this it is very easy to see why.

Reigning number one DJ and co-owner of Hot Creations, Jamie Jones, has been on a tear the past couple of years. Along with his crew of sexy house troubadours, the British producer creates a kind of party environment unlike most other deep house events. Every Thursday night at DC-10, Jones presents Ibiza party goers with a night filled with incredible vibes and amazing music. Before he comes stateside for this year’s installment of the Black and White Festival on Governors Island, which he is headlining, Jones presents a perfect ending to a long summer. Joining him for this marathon will be label mates Richy Ahmed, Miguel Campbell, and Russ Yallop as well as Cassy, Craig Richards, Darius Syrossian, and Solomun. Guaranteed to be one of the best closing parties this Ibiza season, there is no other place to be on September 27th than DC-10.

Luciano and his infamous Vagabundos have established one of the most insane carnival gatherings Ibiza has ever hosted. Every Sunday night at the Cherry Cathedral, Luciano and his residents invite a number of world’s best DJs to join in on the magical atmosphere they create each week. The epitome of the true party crew, the Vagabundos have won over Ibiza residents with ease as their third year comes to a close. Joining Luciano will be Stacey Pullan, Michael Cleis and Andrea Oliva for the closing chapter of this summer’s Vagabundos escapades. With Luciano being one of Ibiza’s hometown heroes and beloved booth legends, there is no doubt that October 7th will be a massive gathering to say the least.