Considered to be one of the key starting points of the modern day house scene, New York City is a nightlife Mecca. From the boogie down disco days in the ’70s to the contemporary neon glowstick playgrounds, the storied Big Apple always delivers music. Over the years, born and bred New Yorkers have jumped into the DJ circuit and dominated the international music scene. In honor of the Olympic Games, Vibe has put together a list dubbed 5 Borough Beatmen. This first installment features NYC artists that represent the Empire State proudly around the globe. Let’s hear it for…..

For those of you who party regularly in the Meatpacking District, these boys’ faces should be familiar. Aside from their massive Blackberry billboard on 14th, Christian and Steve Martinez have become two of the most well known DJ/producers on the international stage. Playing regularly with names like Loco Dice, Victor Calderone and Guti, these youngins have received a music education money can’t buy. Proudly representing the Bronx, this brotherly tag team’s success story is that of a fairytale. From being first discovered in a dive bar to playing their first major gig with Dennis Ferrer at the legendary Shelter, these two epitomize what it means to be ‘fast risers’.

Where to start? This Brooklyn boy is a true legend. For over three decades ‘DT’ has graced DJ booths all over the world spinning his famous marathon sets. From his infamous ‘Be Yourself’ parties at his beloved Vinyl to his current residency at the Cherry Cathedral, Danny has captured the hearts of multiple generations. Still carrying around his massive collection of CDs and vinyls, Mr.Tenaglia truly is the DJ’s DJ. After a rumor of retirement surfaced, Danny squashed the hype at EDC NY and Vegas with performances of an unparalleled magnitude. For those of you seeking a proper music education, Vibe recommends taking a journey with ‘El Maestro’. 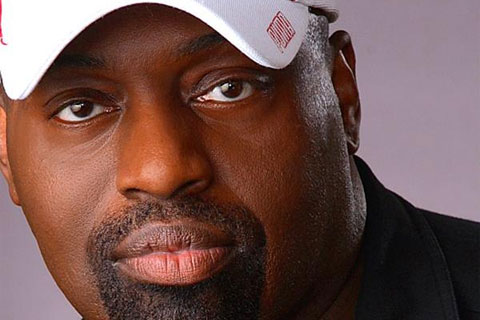 Considered to be the ‘Godfather of House Music’, Frankie Knuckles was one of the key components in the creation of what we now call house. Alongside fellow pioneers such as Larry Levan, Derrick May and Jamie Principle, Knuckles helped mold and further develop the drum machine based edits he and many other DJs began to play. In his 30+ years of music, Frankie has remixed the likes of Diana Ross, Luther Vandross, Michael Jackson and many other major artists. He also has held a number of club residencies, including one at the infamous Soundfactory. If you are looking for house music history, look no more. This Bronx-bred producer’s importance to house music is comparable to that of Run DMC’s to hip-hop.

Often called the first ‘superstar DJ’, Brooklyn native David Morales has lead a massively successful career dating back to the early 90’s. Under the tutelage of a true DJ legend, Larry Levan, Morales’ story starts at legendary venues like Paradise Garage and The Loft. Later teaming up with fellow New Yorker Frankie Knuckles and his protege Satoshi Tomiie, the skilled trio formed the conglomerate, Def Mix Productions. Considered to be one of the best remixers on earth, Morales has reworked for the likes of U2, Whitney Houston, Mariah Carey and many other superstars. His highly acclaimed remixes eventually lead to one of music’s most prestigious honors, a Grammy. Currently considered to be one of Ibiza’s most popular fixtures, Morales occasionally makes NYC appearances at the intimate music hub, Cielo. Don’t let us forget to mention that Morales is also an Italian clothing model.

One half of the renowned production duo, Masters At Work, Bronx native Louie Vega was destined for a life in music. With his father being a famous jazz saxophonist and his uncle a popular vocalist, it is no surprise that Louie starting mixing records at the young age of 13. Working alongside his cousin Eric Vega, who was one of the city’s biggest promoters and event throwers, ‘Little’ Louie started playing massive block parties in the South Bronx. From that point on his career developed into Vega holding residencies at the infamous Palladium, Studio 54 and Roseland. Aside from his club life success, Vega also has become well known for his studio work with Kenny ‘Dope’ Gonzalez. Under the ‘Masters At Work’ alias, the two remixed for the likes of Madonna, Jamiroquai and Michael Jackson. These days you can find ‘Little’ Louie every Wednesday at Cielo for his weekly residency.