“At this time last year, I only had like three songs officially out,” says YBN Cordae, who is comfortably sprawled out on the couch at the VIBE office in New York City. He quickly makes himself at home, hugging onto the nicest cushion he could find and politely resting his eyes during any breaks he can find. The 21-year-old budding rap star is clearly drained from the whirlwind of a press run he’s currently on, but this exhaust is starkly different from the fatigue he was trapped in just less than two years ago while working as a server at TGI Friday’s in Baltimore, Maryland. He’ll be just fine.

Wedged in between early morning interviews and rehearsals for Jimmy Fallon later on that night, Cordae takes a moment to open up his Instagram Story memories to reflect on what exactly he was doing a year ago. “I actually think around this time last year was when ‘Kung-Fu’ dropped,” he says.

The facts check out. Last July, Cordae had a modest handful of fans and just released “Kung Fu,” which now sits at 25 million views on YouTube. It was the follow-up track to “Old Ni**as,” his remix of J. Cole’s “1985” and that one golden moment that caught fire and drew in his much-deserved buzz. Fast forward to July of 2019, the North Carolina native would have a slot as an XXL Freshman and a record with Atlantic Records under his belt, all while gearing up to present his debut album, The Lost Boy, to the world, solidifying the rapper dreams he’s had ever since he could remember.

In just the same amount of time it took for the earth to make another full revolution around the sun since his unofficial debut with “Old Ni**as,” Cordae already catapulted from “the new guy in the YBN crew who killed that J. Cole remix,” to the young rapper who comfortably positioned himself, intentionally or not, as the much-needed bridge between old and new.

It means the f**king world to me. It’s bigger than me. It gives me that sense of responsibility, too, that keeps me grounded.

His undeniable rap talent spoke for itself and gained him widespread respect in the industry. He’s got a heavy hand in the young crowd but also grabbed meaningful co-signs from hip-hop’s creme de la creme such as Cole himself, Meek Mill, Pusha-T, Drake, Dr. Dre and plenty more, all by age 21. If so many of the top dogs in the rap game—who all know exactly what it takes—are inviting the bright-eyed newcomer to pull up a seat at hip-hop’s table, there’s an extremely slim chance they’re wrong.

Dr. Dre, whose legendary recording career is already old enough to drink, invited YBN Cordae to the studio on the very day the young spitter gained the right to take his first legal sip. On his 21st birthday, Cordae spent 16 hours straight in the studio with Dre, a fantasy-turned-reality for a young hip-hop scholar like himself. Growing up, Cordae would spend endless hours on YouTube, falling deeper and deeper into the suggested videos section, and Jay-Z, Nas, Big L, and Eminem became his solidified favorites. It was during this stage he began to buckle down and sharpen his skills as a wordsmith, waiting for his chance.

YBN Cordae Gives Touching Tribute To Sudan During Performance With H.E.R. At The BET Awards

In theory, artists have their whole lives up to that one pivotal point to dream about and write their debut project. The Lost Boy is exactly what a debut album should be, and moreover, feels as if Cordae isn’t merely just presenting his come-up story to the world, but is also walking alongside us as he tells it. The project’s words feel intentional, the stories genuine, and the skits welcome you into his warm Southern home and offer you something buttered to eat. The Lost Boy is a soulful and honest offering. It achieved the perfect balance of uplifting and lighthearted moments like with “Bad Idea” featuring Chance The Rapper and “RNP” with Anderson .Paak, skillfully contrasted with deep, somber dives into his troubled upbringing like the tracks “Nightmares Are Real” featuring Pusha-T and “Family Matters” featuring Arin Ray.

“Family Matters,” a standout track on the album, bravely details the dark side of his family life growing up. On the song, he raps about a variety of different situations he witnessed early in his life, including his aunt going into prostitution, his cousin’s addiction to Xanax, or watching family members constantly being mistreated and cheated on. Cordae Dunston was born in North Carolina, raised in a trailer park in South Carolina, spent time in “the trenches” of Maryland during his adolescent years, and finally went on to live in the suburbs of MD for his final two years of high school. 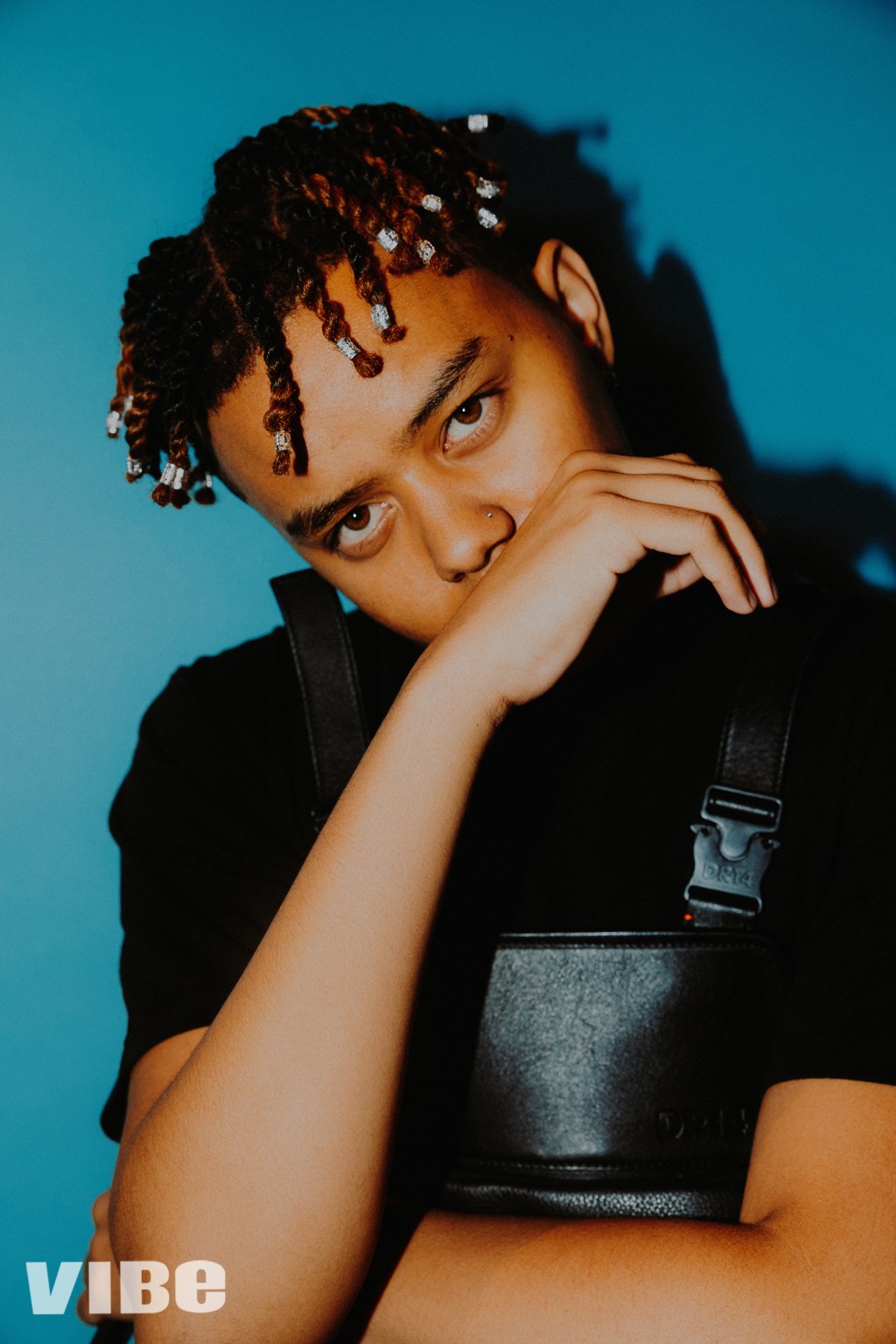 He often credits the twists and turns of his unpredictable upbringing as one of the main reasons his mindset is the way it is today, as it made him see so many different walks of life at such a young age. Above all, however, his tale is a firsthand example of how one can push through life’s blows and keep the eyes on the prize. That is, if you want it bad enough and have the talent to match.

“It means the f**king world to me. It’s bigger than me,” Cordae says about how it feels to achieve his goals of finally being able to take care of his family. “It gives me that sense of responsibility, too, that keeps me grounded. Like even if I have this money, I can’t go take a f**king private jet to L.A. last minute for no reason all the time.” He looks over to his two friends in the room, making it clear this was some sort of inside joke between the three. Regardless, it’s believable that Cordae prioritizes keeping a level head, and he does so by keeping his circle tight and genuine.

Cordae stormed onto the scene alongside his YBN crew comrades, YBN Nahmir and Almighty Jay. They met on Xbox Live a few years back, and have developed a bond not only limited to video games and rapping, but grew it into a lifelong brotherhood. While it’s a natural instinct for listeners to constantly compare their three sounds, Cordae sees their different styles of rapping as the main strength of the YBN crew. As for Cordae, he sticks to lyrism as his pain priority. “This way, we’re never stepping on each other’s toes,” he says. 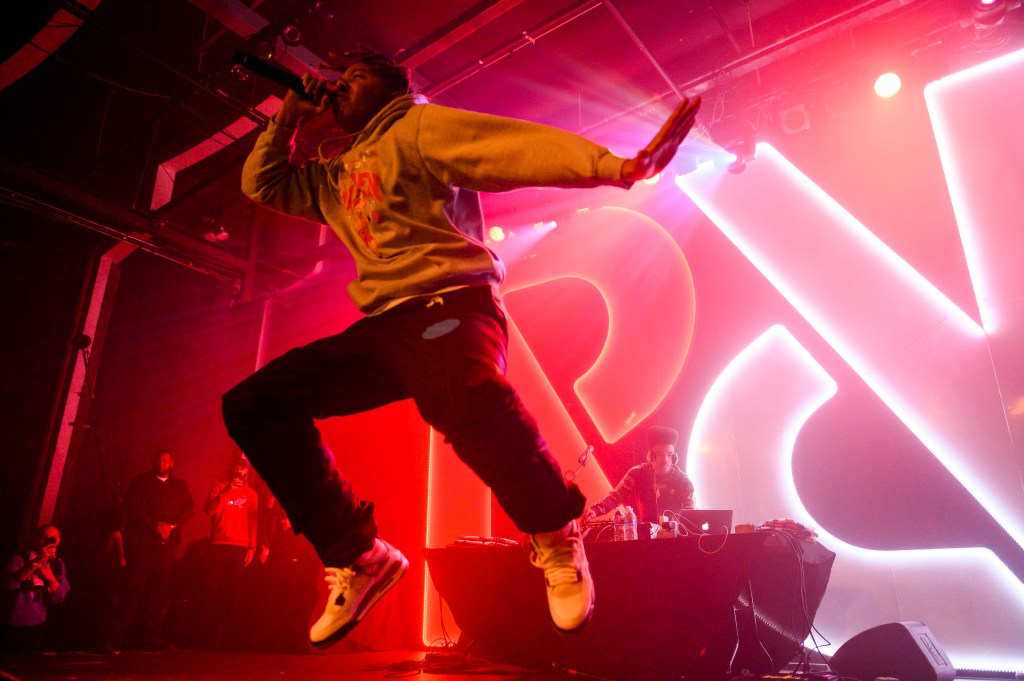 Another bond that blossomed during Cordae’s rise is his close relationship with music aficionado, Anderson .Paak. Although their musical chemistry is front and center on The Lost Boy, as the two trade bars on the J. Cole-produced “RNP,” their friendship stretches beyond the mic. “There are so many times we hang out and it’s not even involving music,” Cordae says of .Paak. “When you find someone genuine in this sh*t, that’s rare. We’ll call each other on Thanksgiving type sh*t. That’s my brother.”

The hook from one of Cordae’s more popular singles thus far, “Have Mercy,” displays the young spitter’s honest looming uncertainty about what’s coming up next for him.

“I don’t know where I’m going, but I hope I’m on the right path,” he raps. After unveiling his debut album, which packaged and presented the potential he held within all this time, it’s safe to say YBN Cordae has nothing to worry about as of right now; he’s headed down the right road.