KAMAUU’s latest video “bamboo” is all about growth with a healthy dose of lyrical vitamins for the soul.

Directed by Child, we find the elusive artist in nature’s garden sharing the fruits of his evolution. With his tribe close by (the producer of “Bamboo” DJ dashMOON makes a cameo), it’s clear KAMAUU’s mission to become his best self doesn’t leave behind his day ones.

The mission is also rooted throughout the track. As the opener to his latest EP MíXD GRēēNS, the production of the track was made with detailed precision. There are lines like “Same time, keep a sane mind Sane mind keep a safe mine,” and the dizi flute, also known as a Chinese transverse flute heard on the track– which also happens to be made of bamboo. It’s just one of many mindful choices on MíXD GRēēNS, making it impossible to put KAMAUU in a musical category. 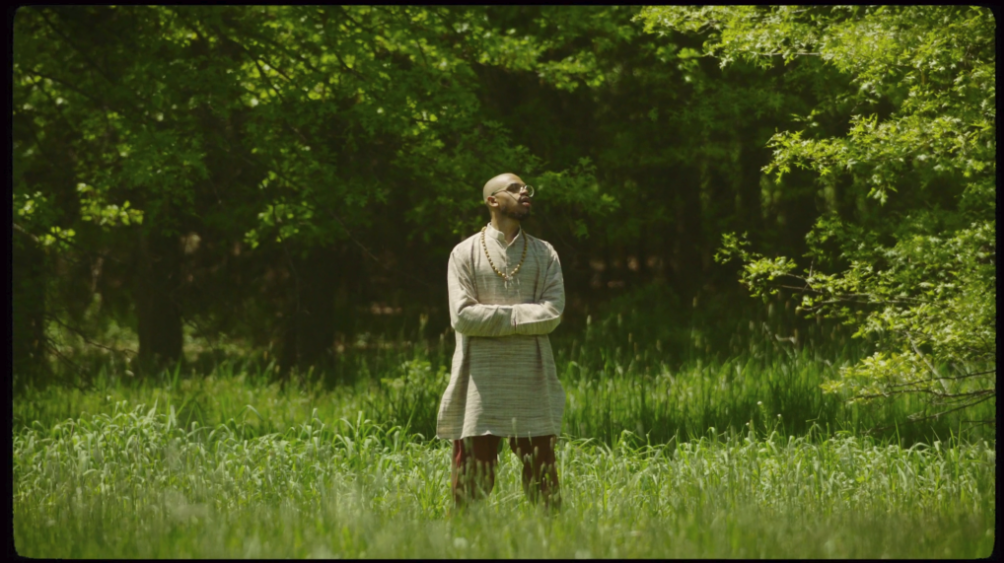 But “Bamboo” also carries a message of moving and growing with purpose. “The song ‘bamboo’ is about focusing and being aggressive in my evolution and the shedding of my lesser self,” KAMAUU shared with VIBE.

Previously known as KAMAU, the Brooklyn-based artist has lived many lives in the art space. In 2016, he released A Gorgeous Fortune EP which spawned the favorable jam”Jusfayu” garnering over 10 million streams. His powerful song “The Icarus” was also featured on The Birth of a Nation: The Inspired By Album.

NEXT: KAMAU's Presence Is A Present To Creative Expression