Ariana Grande is protecting her image with a hefty lawsuit aimed at Forever 21 for stealing her likeness to sell their products.

According to BuzzFeed, Grande’s team filed the suit in California on Monday (Sept. 3), accusing the struggling retail giant of stealing “her name, likeness and other intellectual property to promote their brands for free.” The suit was addressed towards Forever 21 and Riley Rose, a company by the daughters of Forever 21 founders Jin Sook Chang and Don Chang.

Grande was approached by the brand in December 2019 for a collaboration but was untimely canned after they were unable to pay the singer what she wanted. Months later, Forever 21 produced accessories and threads that resemble looks from Grande’s viral video, “7 Rings.” To make matters worse, Grande’s team claims Forever 21 promoted images on social media with a look-a-like model and images from Grande’s video. 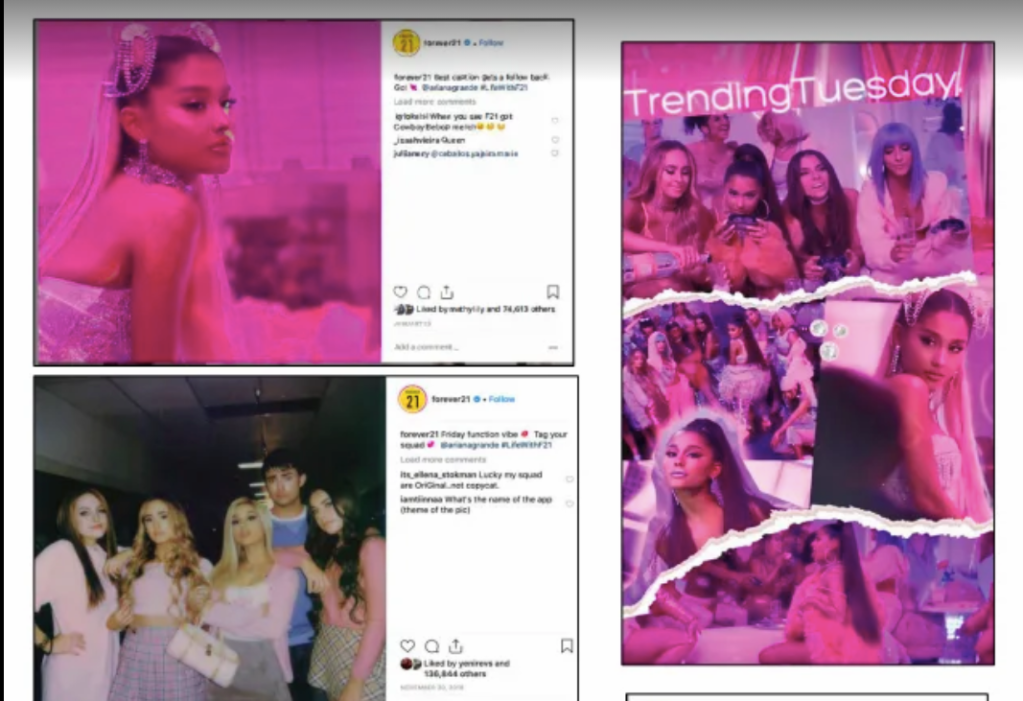 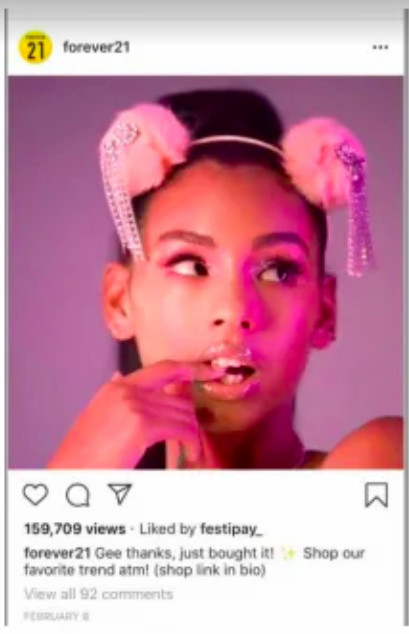 Because the brand didn’t seal the deal with Grande, her team claims they “simply stole it by launching a misleading campaign across its website and social media platforms primarily in January and February 2019,” right as Grande dropped her album, Thank You, Next.

Grande is seeking $10 million in damages. The retail company’s summer is ending on a bad note. Just last week it was reported Forever 21 is reportedly preparing for a potential bankruptcy filing. The move will close underperforming stores. According to Forbes, sales dropped by 20% or 25% last year.