Charles Beau Menefee, a news producer and photojournalist for CBS46 in Atlanta, Ga., has been fired after he went on a Facebook rant spewing disgusting remarks about the Black Lives Matter movement, and suggesting violence against protestors several times.

Beyoncé, Alicia Keys, Common & More List The Ways 'You Could Be Killed If You Are Black In…

“BLM is blocking the street…But I have a solution!” Menefee said in one post. “How about we box everyone in and drop a f**king bomb on it?” 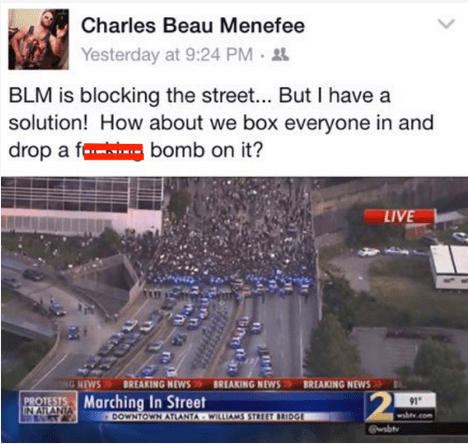 In subsequent posts, Menefee referred to protestors as “unevolved, uncivilized turds,” and called Alton Sterling “an armed ignorant piece of s**t with a gold grill in his mouth.” He also said that it would be “cool” if someone “rained gunfire down” on protestors. 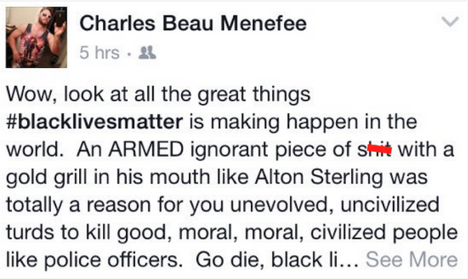 The Atlanta Journal-Constitution has confirmed via the general manager of CBS46, Mark Pimental, that Menefee has been fired. His Facebook page has also been deleted.