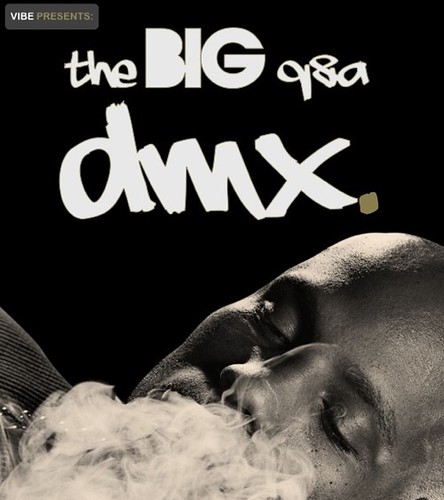 It’s almost impossible to teach an old dog new tricks but even countless stints in jail won’t break the spirit of an underdog who has been fighting for survival his entire life. Earl “DMX” Simmons has served skid bids on the reg, since becoming an international rap star in 1999. His string of arrests, include everything from misdemeanor marijuana possession to aggravated assault. Most recently, DMX is finishing up his latest sentence for parole violation, which he was hit with last December after getting caught drinking alcohol at a performance. Looking to stay on the straight and narrow for good, X granted VIBE an exclusive prison interview to explain his side of the story, quest to stay sober, new album, reality show and love life. This is the true story of Dark Man X pt. 1. —Mikey Fresh

VIBE: Good to hear from you, X. So when are you coming home exactly?
DMX: I got like twenty-eight days, man.

Yung Bleu Sounds Off On Backlash Over DMX Sample

What kind of literature are you reading now?
The Bible. Practicing certain ways of acting, you know what I’m saying? Ways of doing things, frames of mind.

How many songs do you already have?
Um, about twenty – twenty-six joints.

Twenty-six joints?!
Yeah I got about seven more to lay when I get out.

It seems like this album is going have a lot more diversity than you’ve ever had before.
Yeah. Cause you know what, this is the longest I’ve taken to ever come out with an album. Usually they put me in the studio for 30 days and say you got thirty days to make the album. I’ve had the luxury, even though it really wasn’t considered a luxury, but I’ve had the luxury of being able to take my time with it.