A writer and urban leader from New York found the best way to react to a neighbor’s casual racist note with a cleverly worded viral letter of his own.

Nicki Minaj On Violence In America: “We Tend To Not Remember The Black Women Who Are Mourning…

The letter titled, “Re: I’m Finna Tell You What you Not Gon’ Do,” came to be when Richard Brookshire was consoling a friend late Wednesday (Oct. 5) evening at his Manhattan apartment. Their conversation stretched into the hours of early Thursday morning, leading to a neighbor writing a note about his behavior.

“It is extremely rude and inconsiderate to scream and stomp around your apartment until almost 2 a.m.,” the letter said. “A complaint has been submitted to the management. Next time this will go straight to the police. Please learn your manners.” 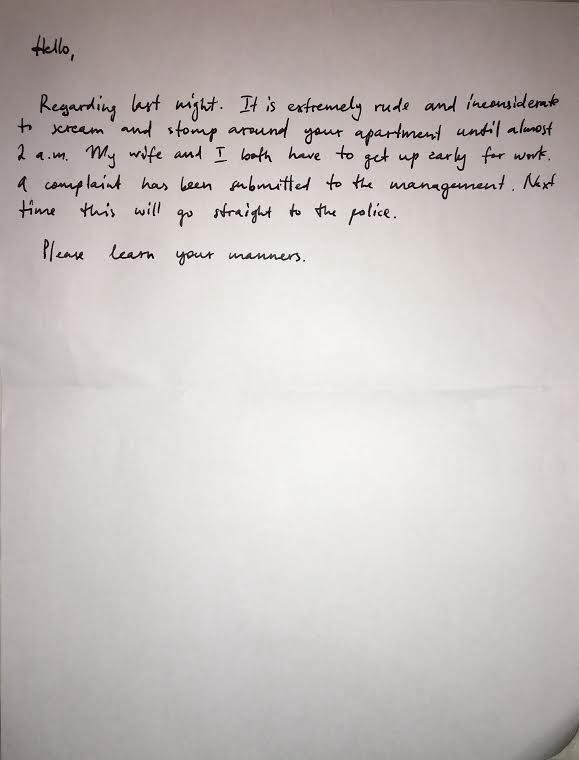 Brookshire tells The Washington Post Monday (Oct 10) it wasn’t the letter that offended him, but the threat of police in a time of racial turmoil. He believed his white neighbor’s microaggressions were of privilege and the matter could have been handled if he knocked on his door instead. “White people will sometimes speak without thinking of the bigger implications of their actions,” Brookshire said. “They’re just kind of reacting. That kind of speaks to their own privilege.”

The letter also sent a series of haunting scenarios throughout his mind in the event the police were actually called. “With cops you just never know, especially when it’s late at night,” he added. “Maybe they’re tired. Maybe they’ll catch an attitude with me. I personally haven’t had the negative reactions with police. But I’m literate. I see how they interact with other people of color.”

What followed was his detailed and thorough response which went viral before he could hand it over to his “passive aggressive neighbor and his wife.” “When your neighbor tries it, threatening to call the cops b/c ‘you’re too loud on the phone’ and you gather their life up, real quick,” he captioned the letter on Twitter. 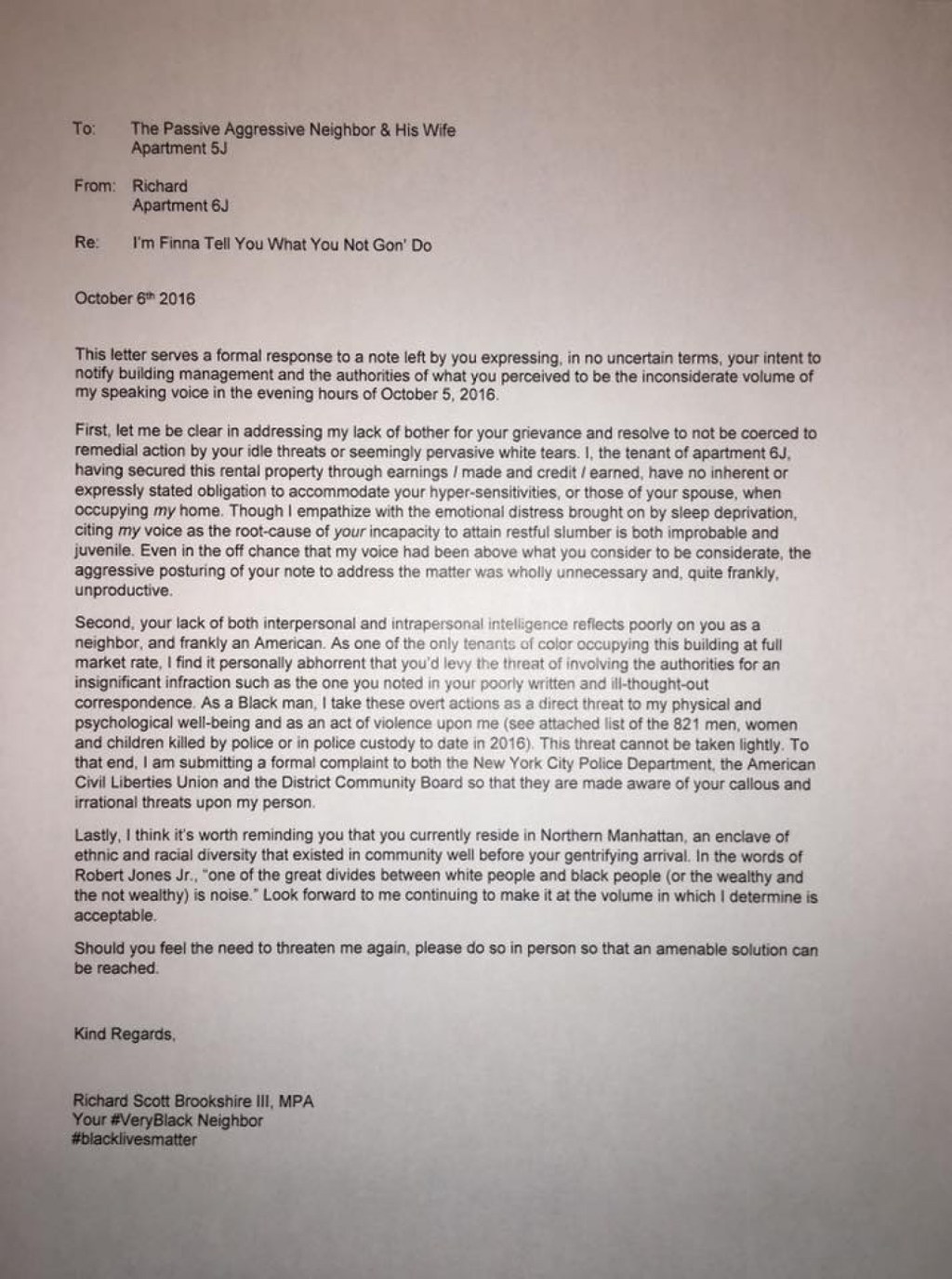 The neighbor, David O., says he never meant to come off rude or racist. “I know this was probably dictated by the tone of my note, but please do not perceive me as just another narrow-minded white p**** scared of anything outside of his little white world,” he wrote back to Brookshire. “I have nothing in common with such people, and I would like to emphasize it once (again) that my note yesterday, rude as it was, was nothing more than a response to a late-night disturbance.” Ending with his email address and phone he added, “You know where we live” to break the tension.

Since the viral letter, Brookshire has received criticism from both sides, with one claiming his response was uncalled for and the other, showering him with praise. In the end, it seems like everyone learned a little something about respect.