A woman has taken legal action against Chris Brown with allegations of rape. According to Rolling Stone, the Jane Doe accuser claims the R&B singer drugged and raped her on a yacht that was docked at Diddy’s Star Island home in Miami. Brown is also accused of forcing the unidentified accuser to take an emergency contraceptive the next day.

The woman works as a professional choreographer, dancer, model, and musical artist, and her story places herself and a friend at the yacht on Dec. 30, 2021, after being invited by a male friend. Allegedly, when the male friend called Jane Doe to invite her over, Brown grabbed the phone and exclaimed “he had heard about her music and urged her to head over to Diddy’s home on Star Island as soon as possible.”

Once she arrived at the yacht, the “Wall To Wall” singer allegedly offered Jane Doe a mixed drink in a cup and “offered her tips about starting a career in the music industry.” According to the report, after Brown filled her cup a second time, she became “disoriented, physically unstable, and started to fall in and out of sleep.”

The lawsuit claims afterward, Doe was led to a bedroom where she was prevented from leaving by Brown. In the room, the woman alleges Brown undressed and raped her, with Brown ejaculating inside of her and announcing “he was ‘done.’” The singer is also accused of forcing the unidentified accuser to take an emergency contraceptive the next day.

“My partner [George Vrabeck] and I want to ensure all parties are held accountable so that we may begin to eradicate this behavior from our society,” expressed Doe’s attorney Ariel E. Mitchell to Rolling Stone. Mitchell’s legal company Vrabeck Adams & Company works with victims of discrimination or abuse. 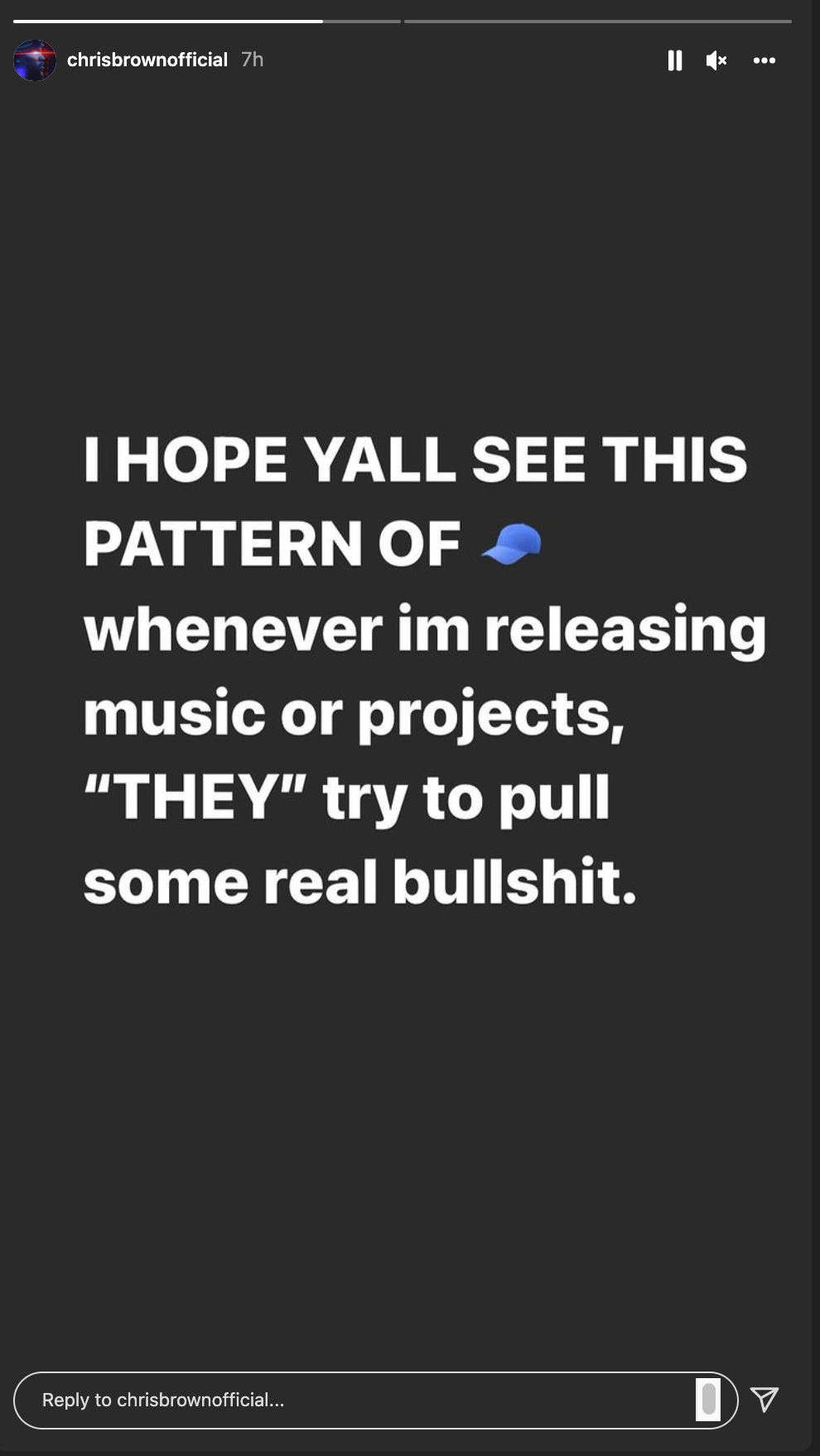 On Friday (Jan. 28) Brown took to Instagram stories, where he did not directly address the alleged rape however alluded to being targeted. The 32-year-old wrote, “I hope y’all see this pattern,” and added the blue baseball cap emoji, substituting for the word “cap.”

He continued, “Whenever I’m releasing music or projects, ‘THEY’ try to pull some real bulls**t.”

Brown’s history includes multiple incidents of violence towards women. Most recently, he faced battery allegations in June 2021 after a woman claimed he punched her. Charges were not filed, however, due to lack of evidence. Previously, the Grammy Award-winning singer pled guilty to felony assault on then-girlfriend Rihanna back in 2009, was ordered to stay away from his ex-girlfriend in Karrueche Tran in 2017 after she was granted a restraining order, and in 2019 faced rape allegations in Paris.

According to the singer’s social media, as of December, he was working on new music.

“CANT WAIT TO SHOW YOU GUYS ALL THE STUFF IVE BEEN WORKING ON,” he tweeted, listing music, visuals, NFT, art and album.