Hundreds of mourners gathered in Houston for the third and final homegoing ceremony for George Floyd in the city where he was raised. The private funeral was held at the Fountain of Praise Church in Houston on Tuesday (June 9).

“As long as I’m breathing justice will be served,” she declared. “I want to thank you all of you for coming out to support George Perry Floyd. My uncle was a father, brother, uncle and cousin to many. Spiritually grounded, an activist, he always moved people with his words.”

Floyd’s sister, LaTonya Floyd, and brothers Philonise, Terrence, and Rodney Floyd, spoke at the funeral as well. “Everybody is going to remember him around the world,” said Rodney. “He is going to change the world.” 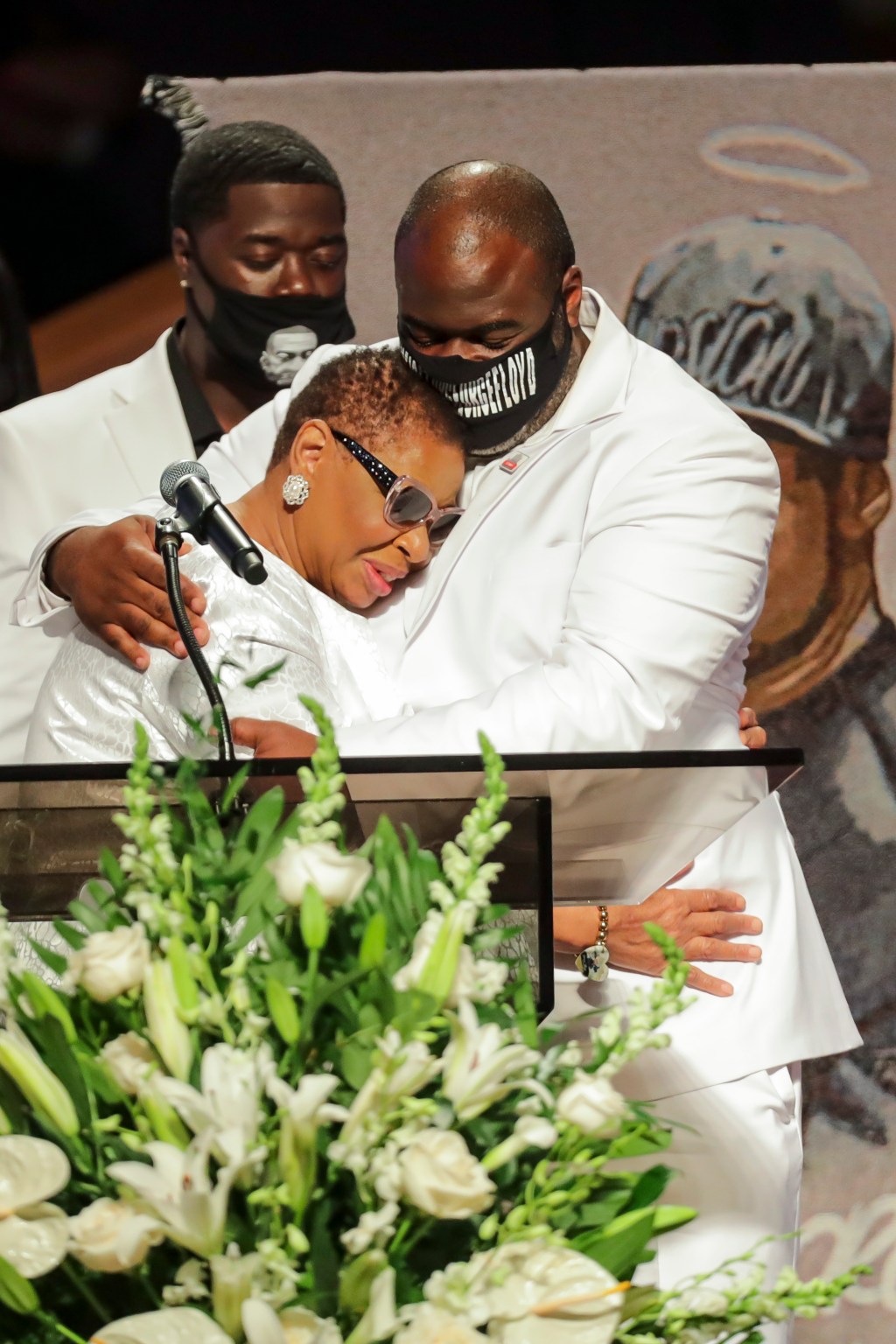 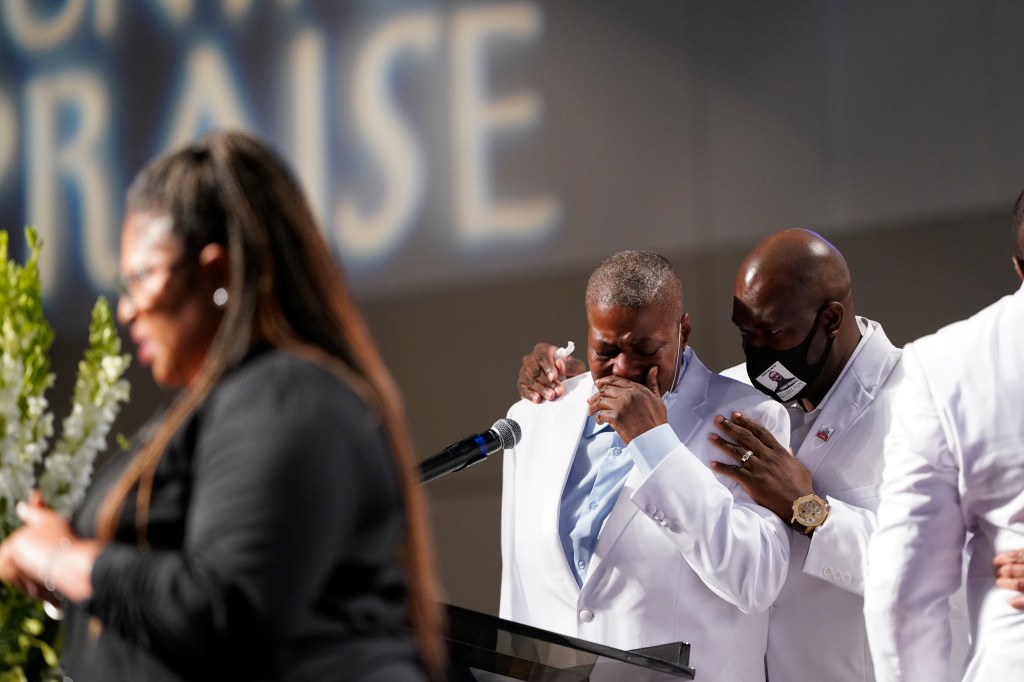 Rev. Al Sharpton eulogized Floyd, as he did at the Minneapolis memorial held for the 46-year-old father last week. Pastor Kim Burrell took the stage for a rendition of  “God Will Take Care of You,” gospel singer Michael Tolds sang “My Soul’s Been Anchored,” Houston singer Dray Tate performed Sam Cooke’s “A Change Is Gonna Come,” and Ne-Yo performed “It’s So Hard to Say Goodbye to Yesterday.”

Besides earning praise for the moving performance, the Grammy winner caught backlash on social media for likening Floyd martyr.

“This man changed the world, for the better. So, I just want to personally thank George Floyd for his sacrifice, so that my kids can be all right later on,” Ne-Yo said during the funeral. “I appreciate the sacrifice, my brother, I genuinely do.”

The ceremony, which was broadcast on television and streamed online, featured a painting of Floyd with a halo an angel wings, and a stunning live portrait from artist Ange Hillz that was painted during the funeral.

After the funeral, Floyd’s casket was carried by horse and carriage to a nearby cemetery as crowds lined the streets to pay final respects. He was buried  next to his mother at Houston Memorial Gardens. 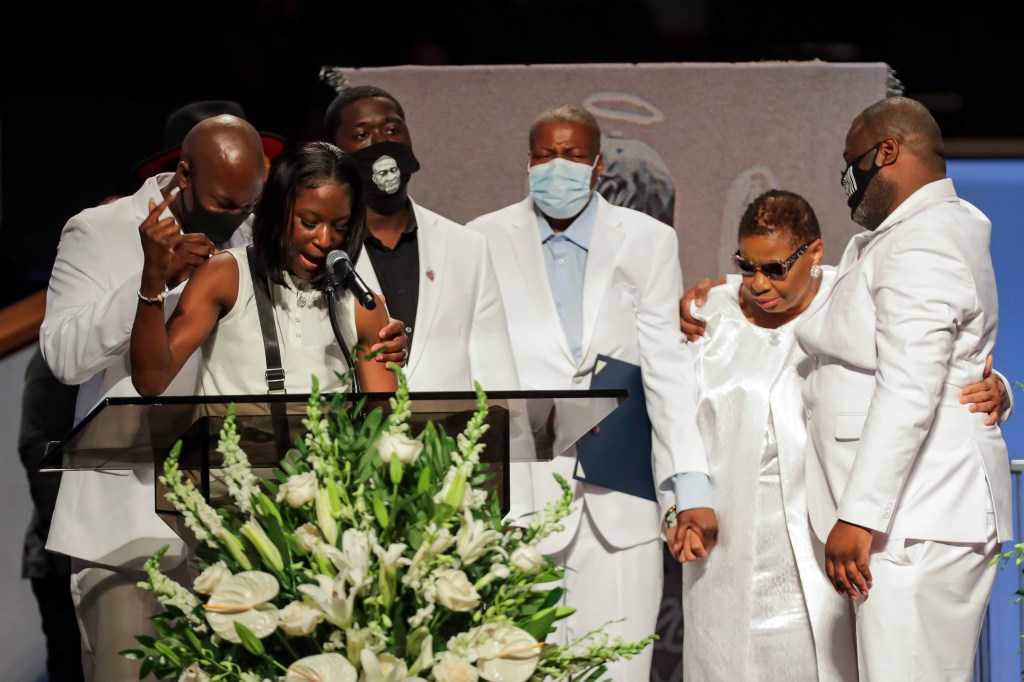 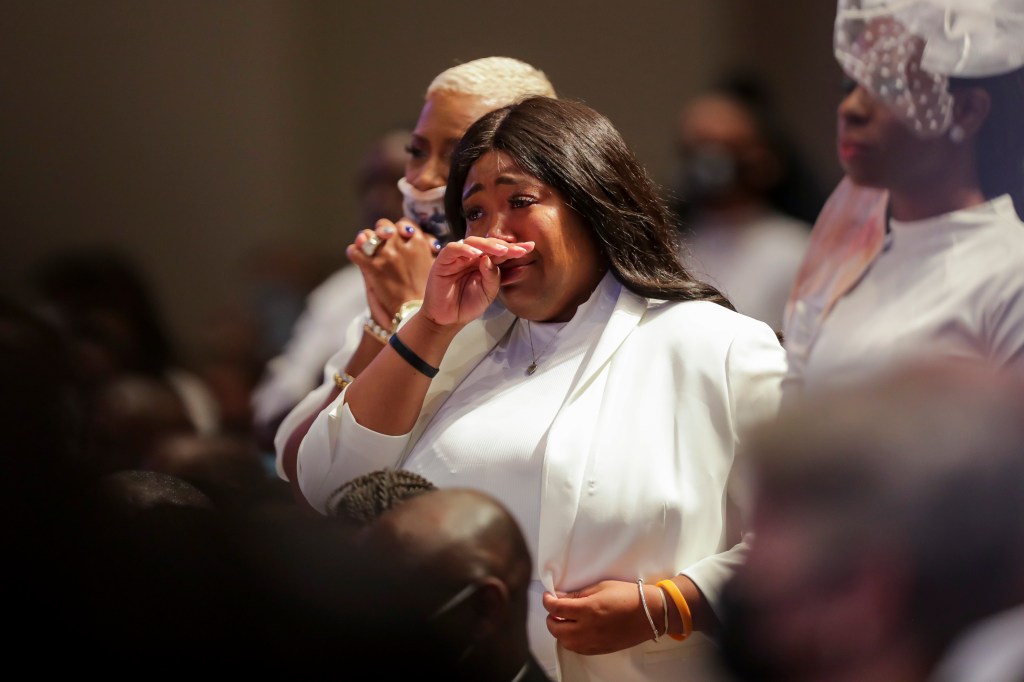 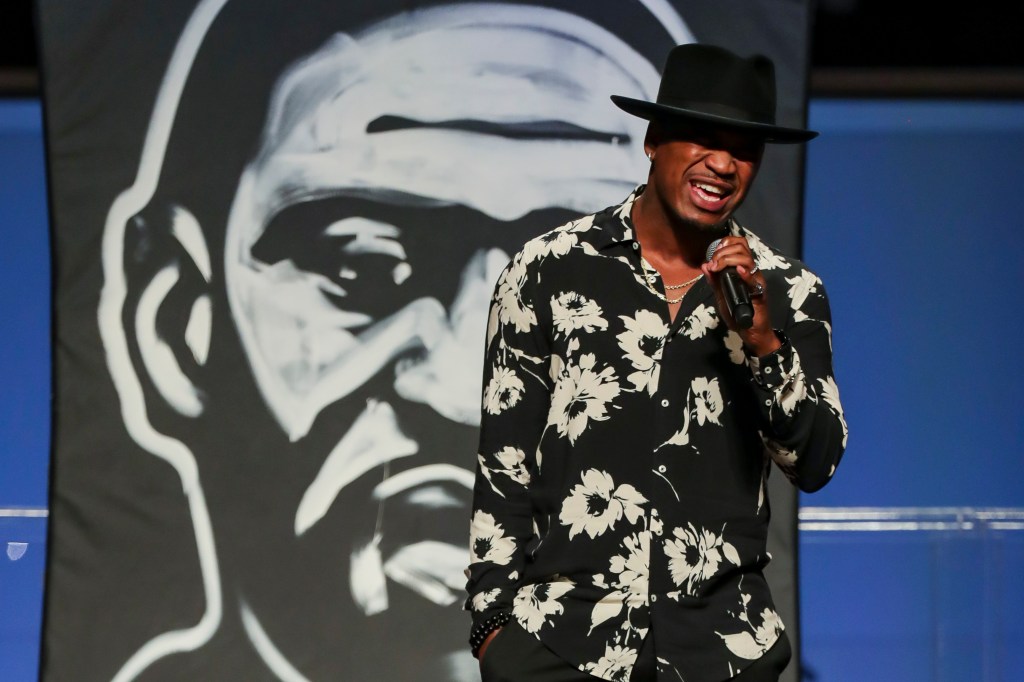 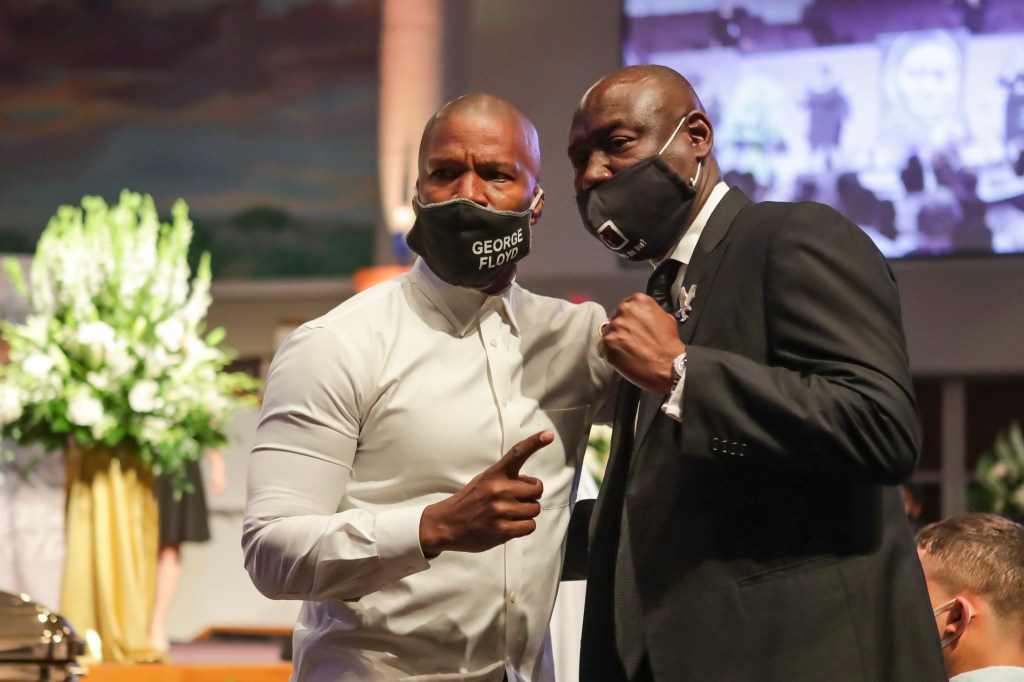 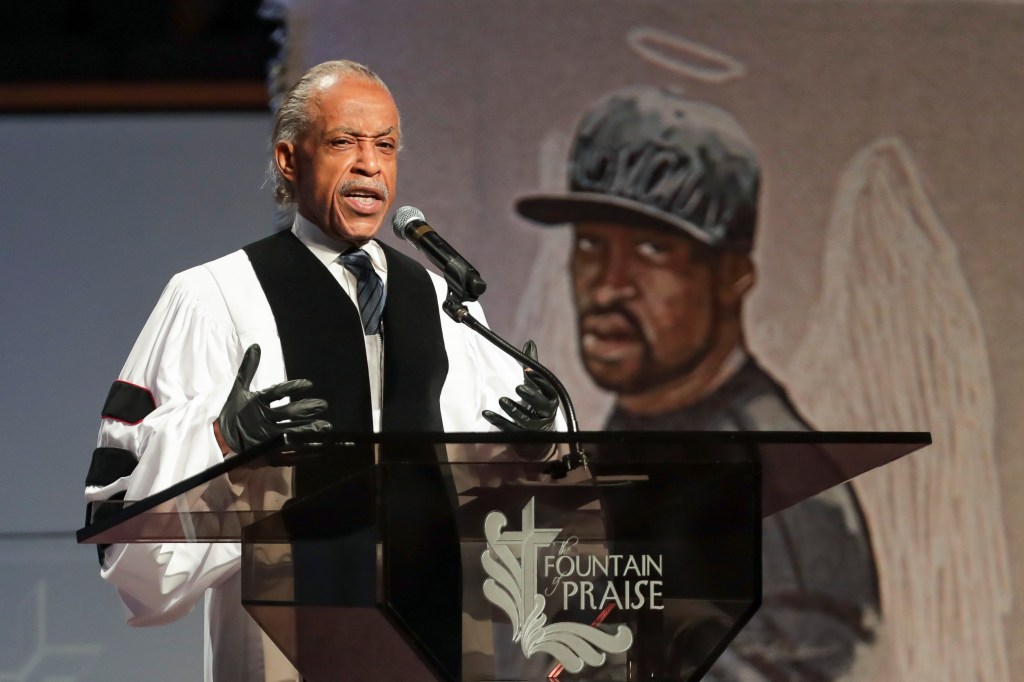 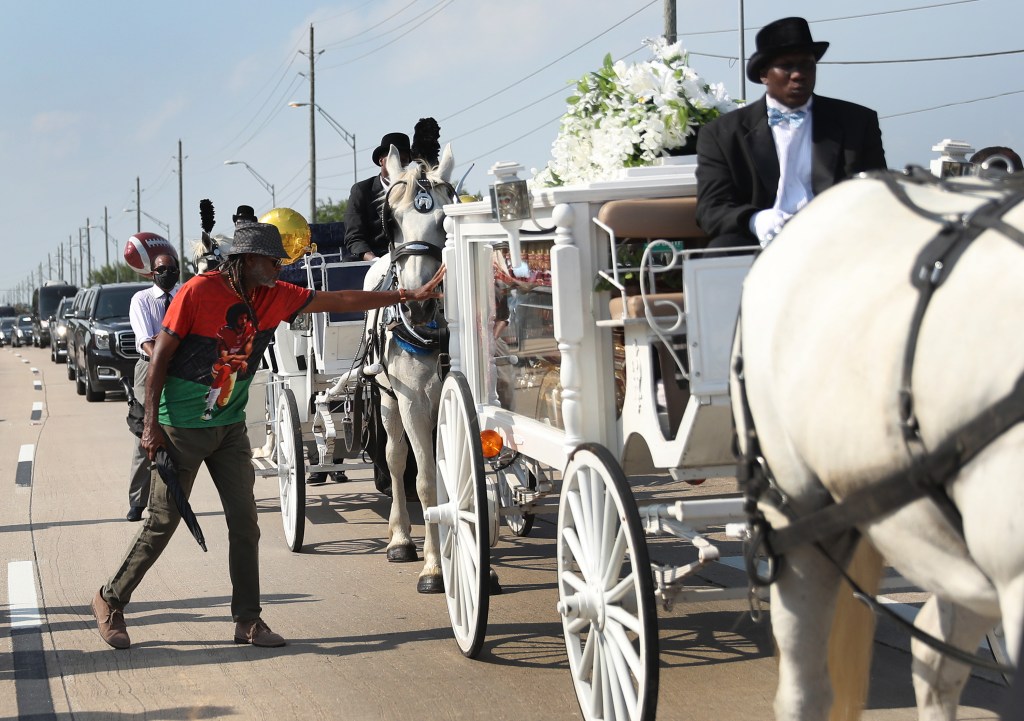 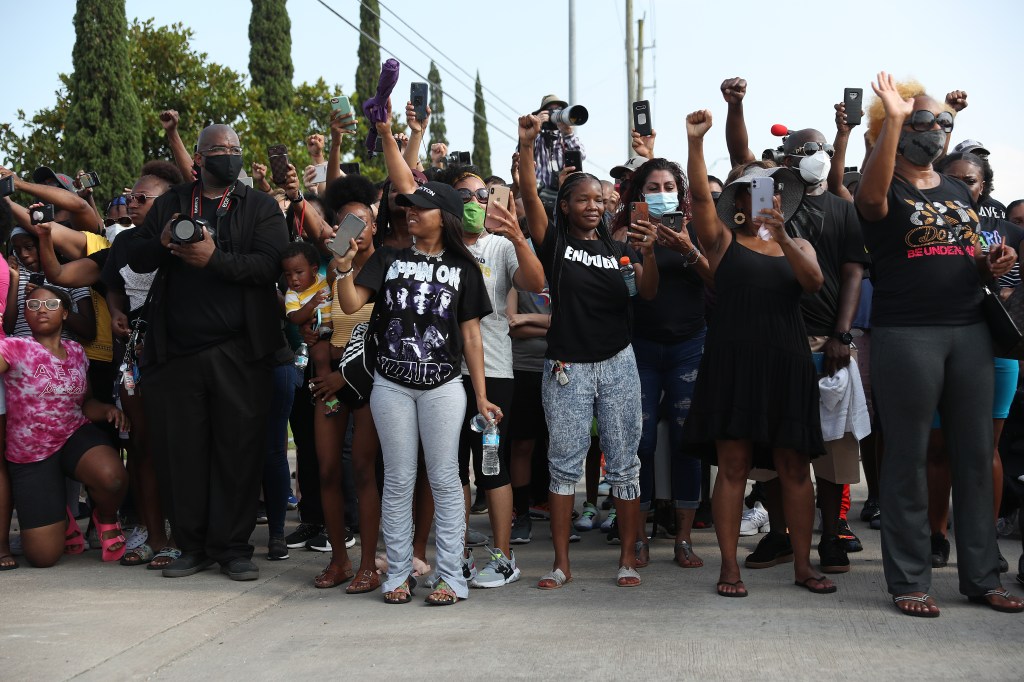 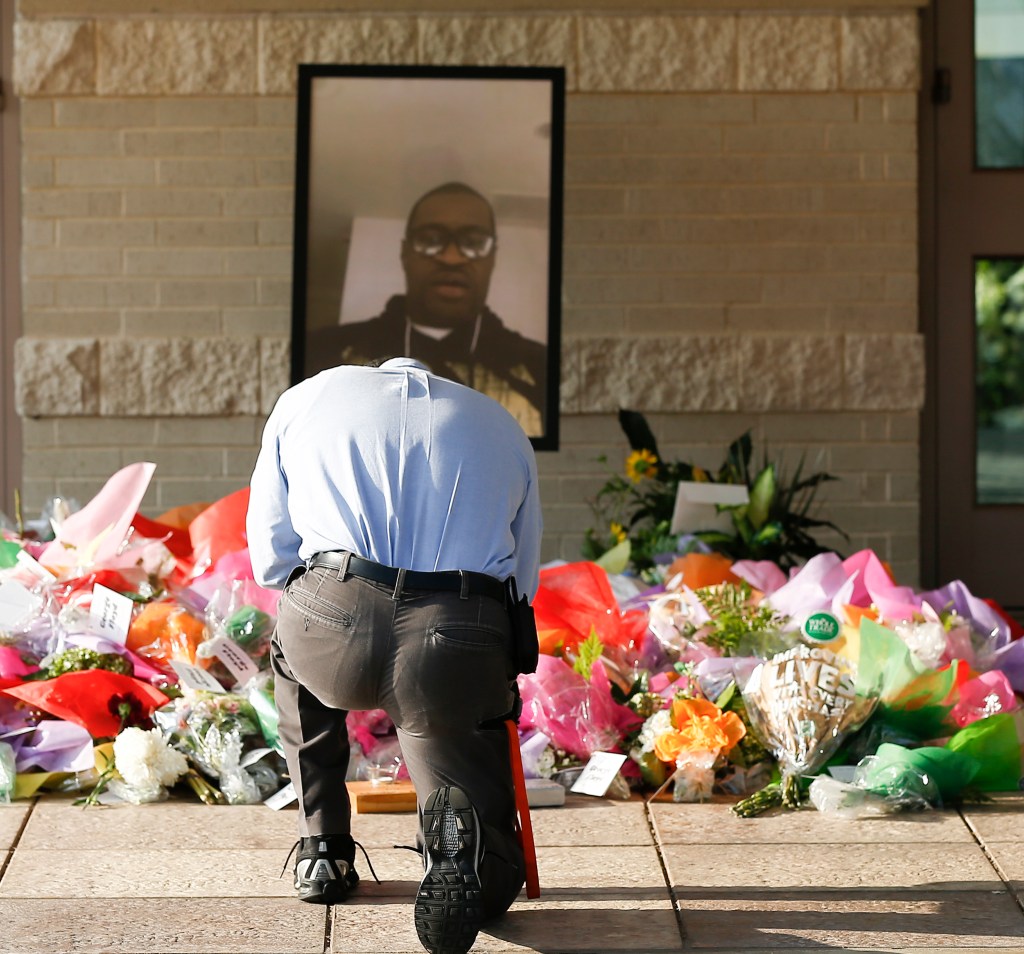