Janet Jackson celebrates her 56th birthday on Monday (May 16), however those closest to the music icon gave her a star-studded affair early. On Saturday night (May 14), the “All For You” singer partied in Las Vegas at the On The Record at Park MGM. The event was a surprise to Jackson. Jermaine Dupri, Usher, Jimmy Jam, Nelly, and Bryan-Michael Cox were all in attendance while Anderson .Paak DJ’d the birthday blast.

Janet Jackson’s weekend in Vegas was also spent celebrating someone else. Ahead of her own party, the acclaimed performer took to the stage during the 2022 Billboard Music Awards to present Mary J. Blige with the Icon Award. Jackson herself received the award in 2018 and was introduced by Bruno Mars to accept the honor.

“Mary J. Blige represents truth,” Jackson said when introducing the Queen Of Hip-Hop Soul at this year’s ceremony. “Her work has always given us comfort because she sings me, she sings you.”

Although they were not at the award show, Missy Elliott, Queen Latifah, Taraji P. Henson, Gabrielle Union, H.E.R., and more all appeared in a video compilation lauding Blige as a musician, and a friend.

Take a look at images from the surprise birthday party for Janet Jackson below. 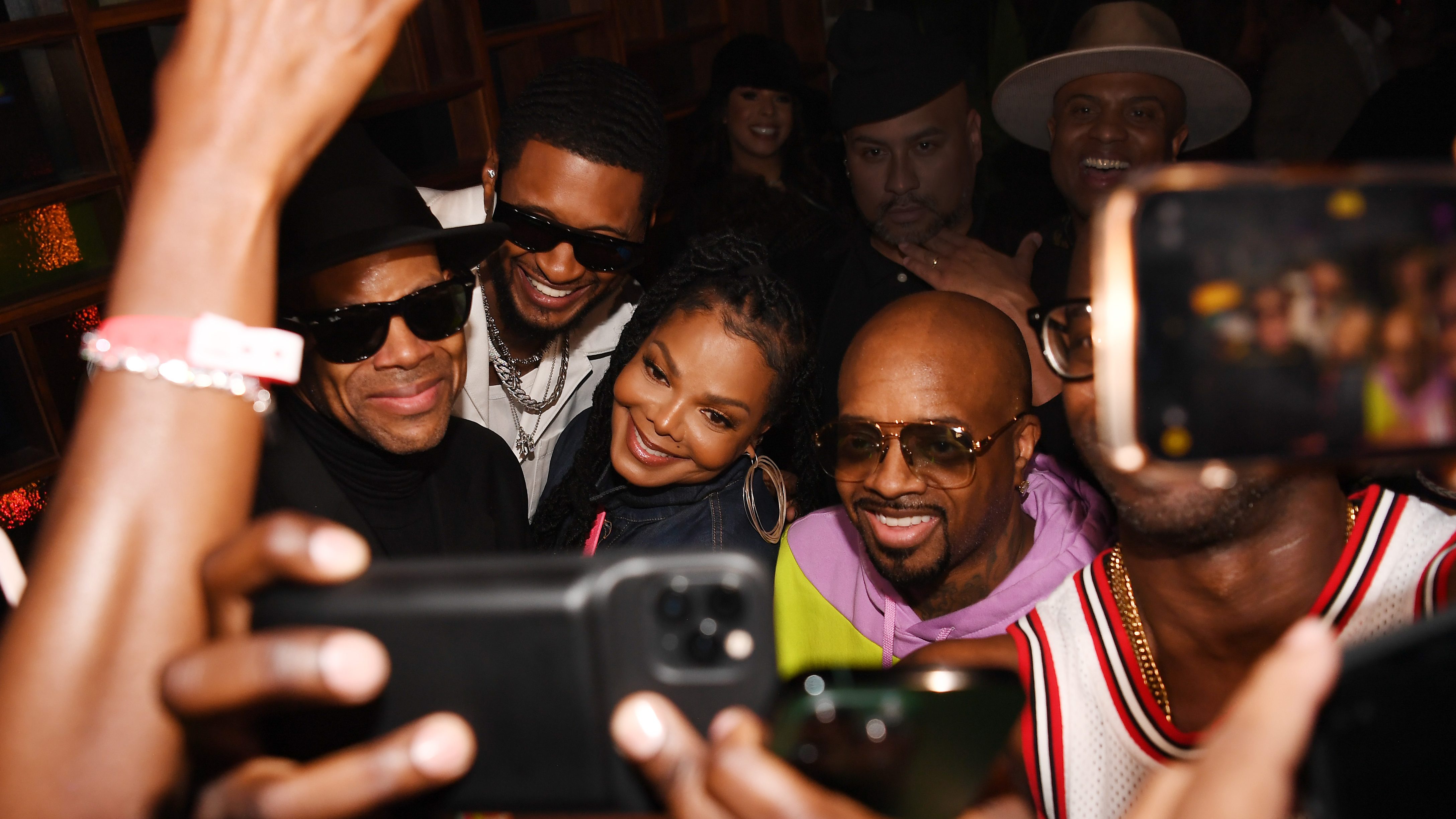 Jimmy Jam, Usher, Janet Jackson, and Jermaine Dupri celebrate Janet Jackson’s birthday at On The Record at Park MGM In Las Vegas on May 14, 2022.