Hollywood “it” couple Lori Harvey and Michael B. Jordan always find the cutest ways to show their love for one another. Last Valentine’s Day, Jordan rented out an entire aquarium for Harvey, who he affectionately calls “Turtle,” and gifted her a stuffed turtle of her own along with a turtle-themed diamond bracelet.

So, naturally, this Valentine’s Day, Harvey had to one-up her romantic boyfriend by surprising him in the most abstract way one could imagine. Known for his love of video games, the Journal for Jordan actor was playing Call of Duty: Warzone when he approached a rock with his and his girlfriend’s initials carved in it.

Harvey shared a screenshot of the image from the first-person video game on Instagram stories, writing, “Even when you’re playing the game, you can’t escape me @michaelbjordan [laughing emoji] Thank you @callofduty for making this happen for me!!”

Jordan’s reaction to his lady’s surprise was priceless. “Don’t know how you pulled this off, but damn girl this is love!!,” he exclaimed on his Instagram stories. “This was smoooooth!! Happy Valentine’s Day thank you babygirll!” 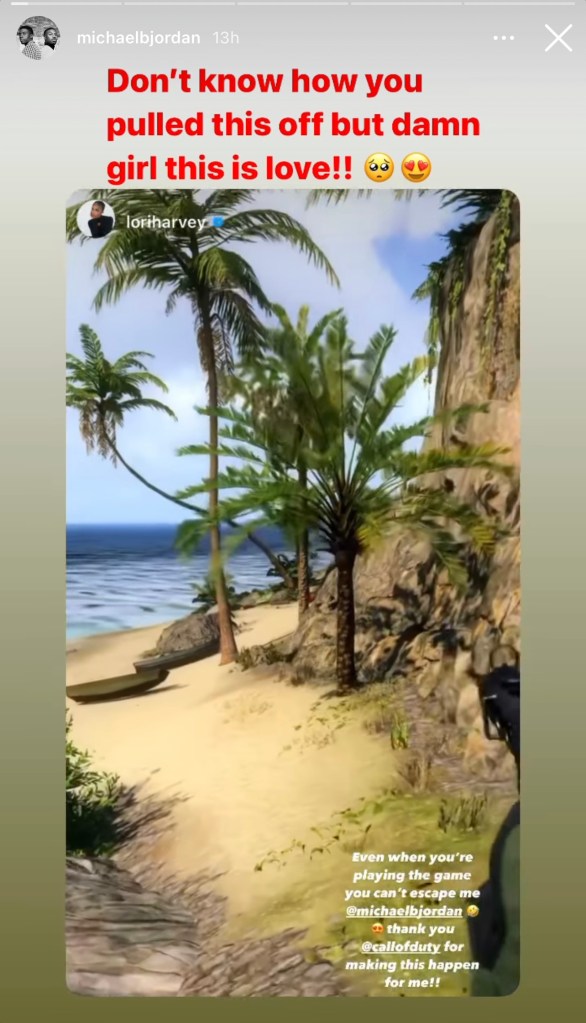 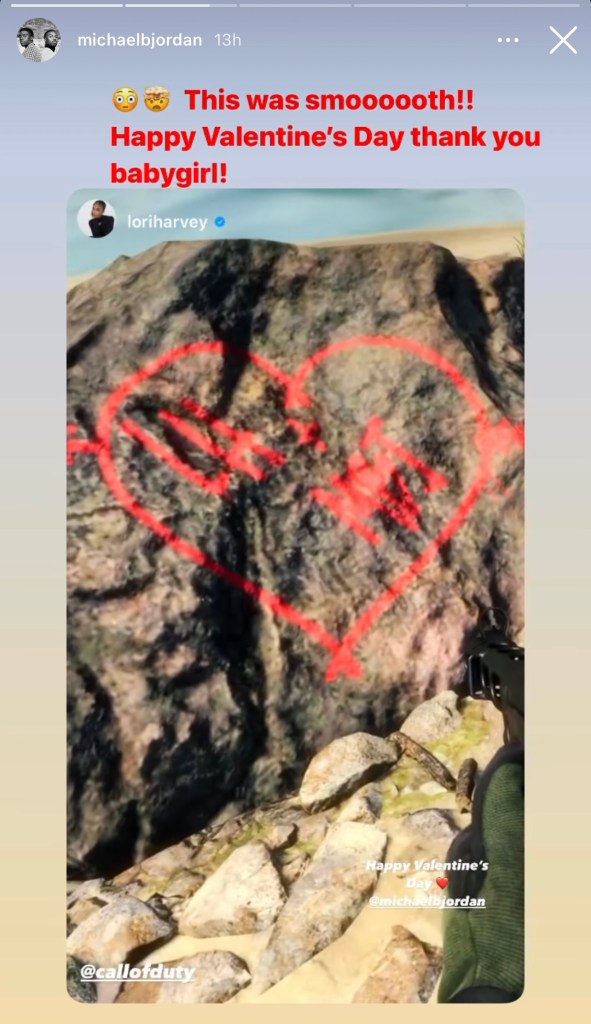 Harvey also spilled how much she “loves being in love” with her boyfriend who she’s dated for over a year. Earlier this year, she revealed that she sees herself married and with a baby within the next five years while also sharing the key to their healthy relationship.