We’re far from the 90’s, but it has a special place in our hearts. Just ask the folks over at PepsiCo who decided to bring back one of its old favorites, Crystal Pepsi.

To celebrate the relaunch of the clear soda, the company has announced “The Crystal Pepsi Summer of ’92” event featuring performances from the biggest acts of the decade like Biz Markie, En Vogue, VH1 Hip-Hop Honorees Salt-N-Pepa and Lisa Loeb. The party will take place August 9 at NYC’s Terminal 5, just one day after the 20-ounce bottles hit stores for a limited time. 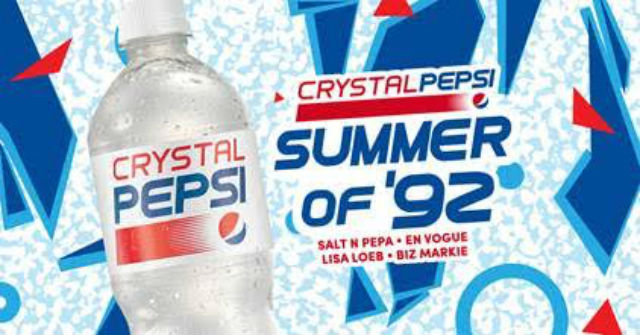 The company announced the relaunch of Crystal Pepsi in June. It also came back for a very brief time in December 2015 as part of a sweepstakes, Advertising Age reports. After giving away 13,000 six-packs through the contest, the company decided to take it a step further with a full relaunch.

Terminal 5 will be transformed into a mall of sorts with plenty of dope treats like a ‘90s Cut & Style Salon, an arcade with a tetherball station and more. Pepsi also released “The Crystal Pepsi Trail” game online, inspired from the now cult-classic game, “The Oregon Trail.”

Take a look at more details behind the event on the company’s very retro promo site here.