The site noted that they do not have the infamous tape that involves the controversial musician having sex with and urinating on an underage girl, nor will they ever carry it and other videos like it on their site.

One of the messages on the site says “Please consider that in searching for and viewing such content, you may be re-victimizing a minor who could not consent.” 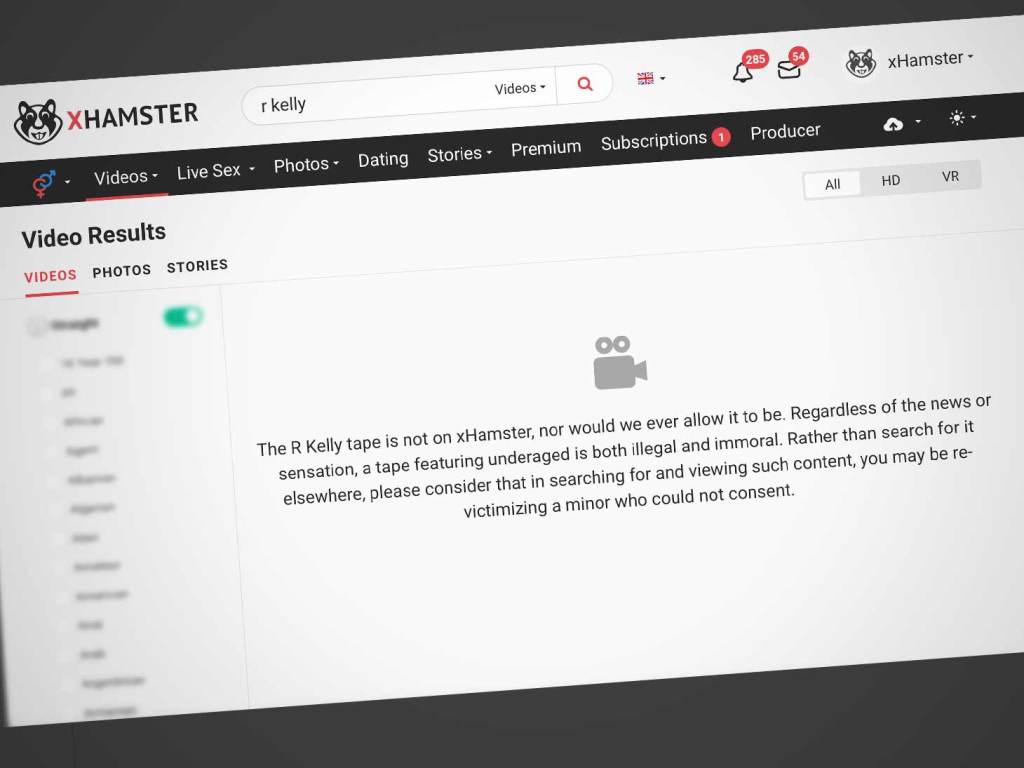