Raven-Symoné opened up about her full career during a new episode of UNCENSORED on TV One. The actress reflected on her early career through where she stands today. Although she was a key member of the cast of The Cosby Show lead by disgraced comedian Bill Cosby, the Disney Channel star relatively has no memory of the experience.

Raven first appeared on The Cosby Show at the age of four in 1989, after the show had aired for four seasons. The young talent was cast as Olivia Kendall, the stepdaughter of Denise Huxtable.

“I can only tell you about the journey to The Cosby Show from folklore that my parents told me how to answer that question when I was younger,” the 35-year-old shared. “Honestly, I don’t remember…I don’t remember working with…I don’t remember a scene. I don’t remember anything while it’s a rehearsal or a camera. I remember the smell of the soul food coming out of his dressing room…When we opened the show in front of a live studio audience we had to walk up these stairs and we came down that classic staircase. I remember standing up there, and playing with the wood before I went down. I do not remember as soon as the camera starts. Something clicks off and I do what I’m trained to do.”

Whoopi Goldberg Discusses 'Till' Oscar Snub On 'The View'

She continued, “When I turned 18, I knew something was going on so I started going to therapy, and it’s dissociation. I just blackout, I turn into who I’m supposed to be when the camera is on, and then I come back to when normal life resumes. Again, it’s bottled up, I still have a great relationship with Malcolm Jamal Warner, and I don’t even know why. I just know that I adore him. I can’t really tell you the genesis of it but I’m sure he helped me when I needed it.”

After The Cosby Show, Raven-Symoné went on to Hanging With Mr. Cooper, and at seven years old, conversations about her weight began.

“At a younger age, when the conversation of weight started to come into my head, I heard it, didn’t understand it, did what I was told, but then behind the scenes ate,” she shared. “Because, looking back, that was the only thing that I could control. It kind of got out of control because as I got older I could hide it. It just happened, but I look back and I’m like, I wasn’t even fat.” 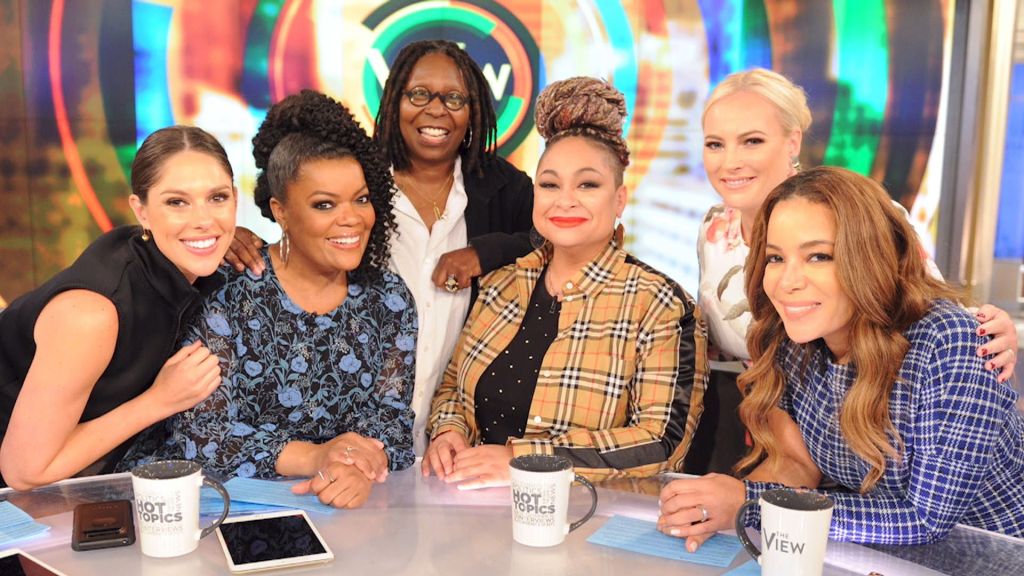 During the intimate tell-all, the That’s So Raven star also discussed her time on ABC’s The View. Before she left, Raven-Symoné cohosted from 2015-2016. The daytime talk show was different than her typical role on the silver screen but had intent behind joining the cast.

“There were a couple of reasons why I did The View. Everybody that I grew up within the industry around my age bracket, Lindsey [Lohan] all these people, made their transition to adulthood by oversexualizing themselves,” she said. “I decided to go into The View to show my adulthood by my brain, one. Two, Whoopi [Goldberg] asked me. Okay! You don’t say no to an EGOT. And I just love her so much, I just wanted to be underneath her. Very difficult decision, one of the hardest jobs I’ve ever had.”

The full episode of TV One’s UNCENSORED featuring Raven-Symoné airs Saturday, Oct. 17. Watch the clip where she discusses her journey to ‘The View’ below.