For 25 years, Jamaica’s annual Reggae Sumfest festival has been celebrated as the biggest and best weekend for Caribbean-music lovers. Legends like Damian Marley, Vybz Kartel, Bounty Killer, Lady Saw, Beres Hammond, Tony Rebel, Andy Vernon, Frankie Paul, and so on have graced the Sumfest stage in Montego Bay for fans far and near.

This year, VIBE flew down with the good folks at Red Stripe for a full weekend of groovy music, local cuisine, and, of course, all the Jamaican hospitality one could ask for. We started in the heart of the islands, Kingston, which is also home to the Red Stripe brewery. We were treated to a full tour of the facility and a history lesson on the beer’s origins. Developed by pioneers Paul H. Geddes and Bill Martindale in 1928, the lager has stood the test of time and remains the brew of choice by locals — and by Jamaica-obsessed reggae fans from all over the world.

Red Stripe is the most historic and connected beverage to reggae culture, so it wouldn’t be right if we didn’t sample some of the goods. Lucky for us, they had a fresh batch of their new sorrel- and lemon-infused beers, both of which carry subtle undertones of their respective fruity flavors without being overbearing. They are the perfect pairing for local favorites like jerk chicken and braised oxtails. However, Red Stripe fanatics stateside will have to wait a bit longer until the specialty beers are available in the U.S. (we recommend sending some demanding emails to the company to speed the process up).

“Red Stripe is very much a part of the dancehall and reggae scene,” says Andrew Anguin, marketing manager for Caribbean imports at Red Stripe. “It’s important for us to have a real presence in the culture, deeper than just selling beer. As a native Jamaican, I’ve seen Sumfest grow into an iconic event that has helped shape festival culture here. We see it as a global platform and hope to take it to other countries in the future.”

With his serious passion for the brand, Andrew aims to take Red Stripe and Sumfest to new heights in the years to come. After enjoying several extended dinners (island time) with the cordial brand ambassador, we quickly realized that his strong presence within the company comes from his dedication to spreading Jamaican culture to the world.

From Kingston, we headed out to Ocho Rios for an outdoor excursion that included cliff diving, lazy river tubing, and a much needed visit to Scotchies for some of the best jerk chicken, pork, and grilled kingfish we had on our trip. Things only elevated from there — literally. After an hourlong ride in our trusty Red Stripe shuttle bus, we arrived at the famous GoldenEye airport, where we boarded a single-engine plane for a magnificent guided tour of the lush shorelines and blue waters until we arrived in Montego Bay. Honestly, the ride was a bit nerve-racking, but the views were breathtaking and truly unforgettable.

After settling in at Secrets Hotel and Resort, conveniently located five minutes from the Sumfest festival grounds, it was time to prepare for two long nights of nonstop reggae and dancehall music. And we do mean NONSTOP, because each night, the party starts at 10 p.m. and doesn’t end until well after 9 a.m. the next morning. The fans wouldn’t have it any other way. With an all-star lineup that included Alkaline, Spice, Mavado, Bounty Killer, Tory Lanez, Tommy Lee Sparta, Mavado, Queen Ifrica, Sean Paul, Sizzla, Beenie Man, Jah Cure, and many more, we did all we could to stay awake for the madness. 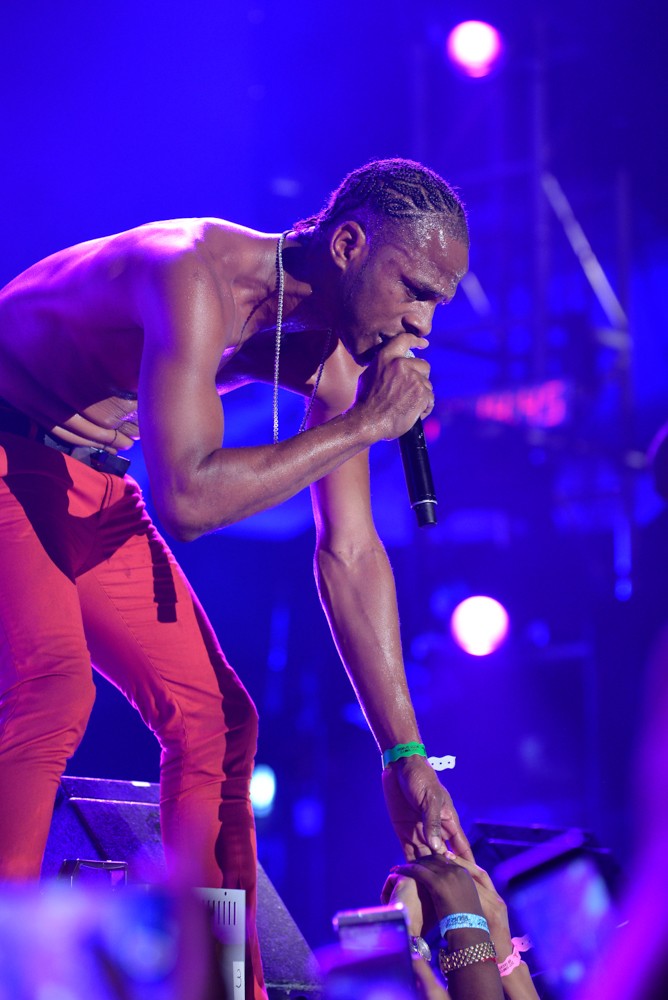 Sumfest isn’t your average festival. The collective synergy that builds throughout the night makes for a euphoric feeling that takes over your body with each act. We were particularly blown away by Spice and Tommy Lee, who represent for all generations of reggae. Mr. Sparta even blessed VIBE with a wicked freestyle after a little poolside conversation.

With the bass booming from the speakers, we feasted on patties and homemade treats from a variety of local vendors while keeping cool with bucket after bucket of ice-cold Red Stripe. Other acts like Beenie Man and Jah Cure reminded us of why we fell in love with reggae in the first place, with their sets packed with hit after hit. Newer stars like Dexta Dabs and Kybaka Pyramid kept us dutty winding to the uppity dancehall vibes for hours on end.

One thing is for sure: We’ll be back next year to do it all over again. As long at the chunes keep churning from the islands and the brews keep flowing, there is nothing that will stop us from becoming Sumfest regulars.
Cheers!

@reggaesumfest headliner @tommyleesparta checking in to spread to the VIBES 🇯🇲🔥🔥🔥 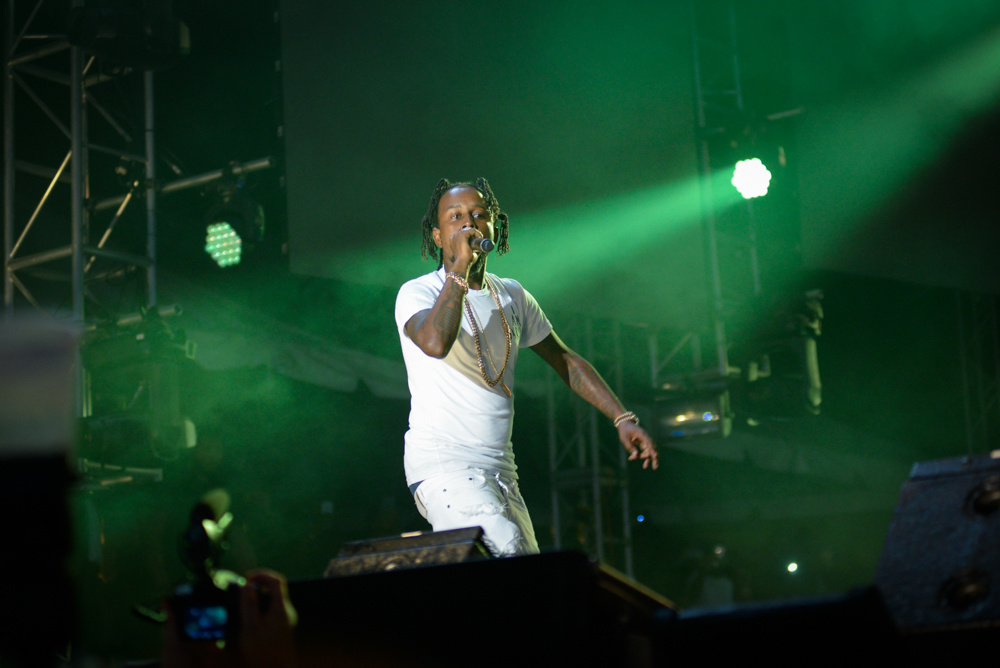 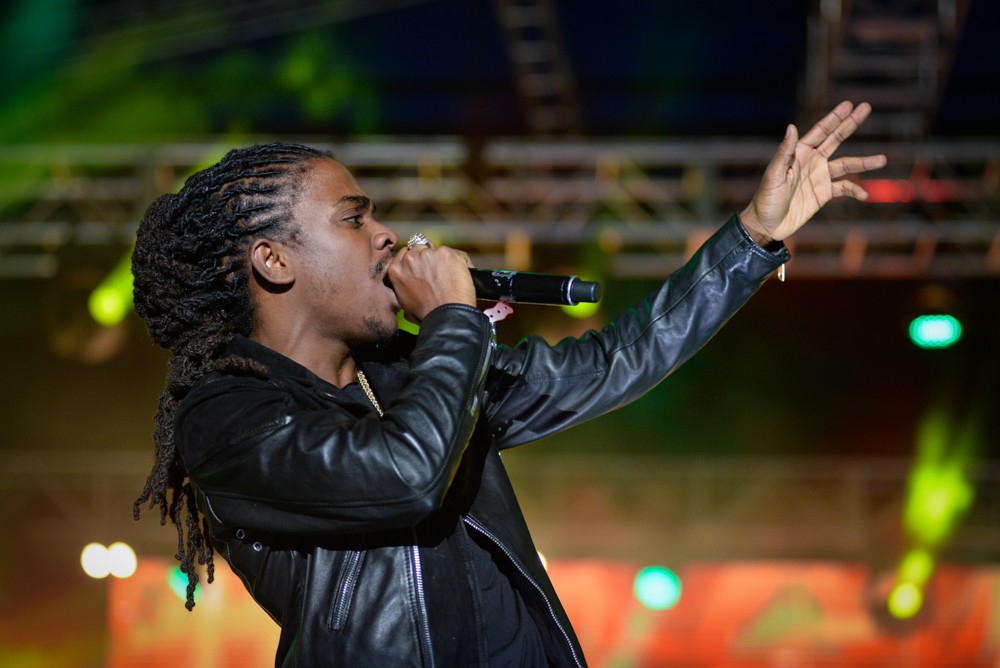 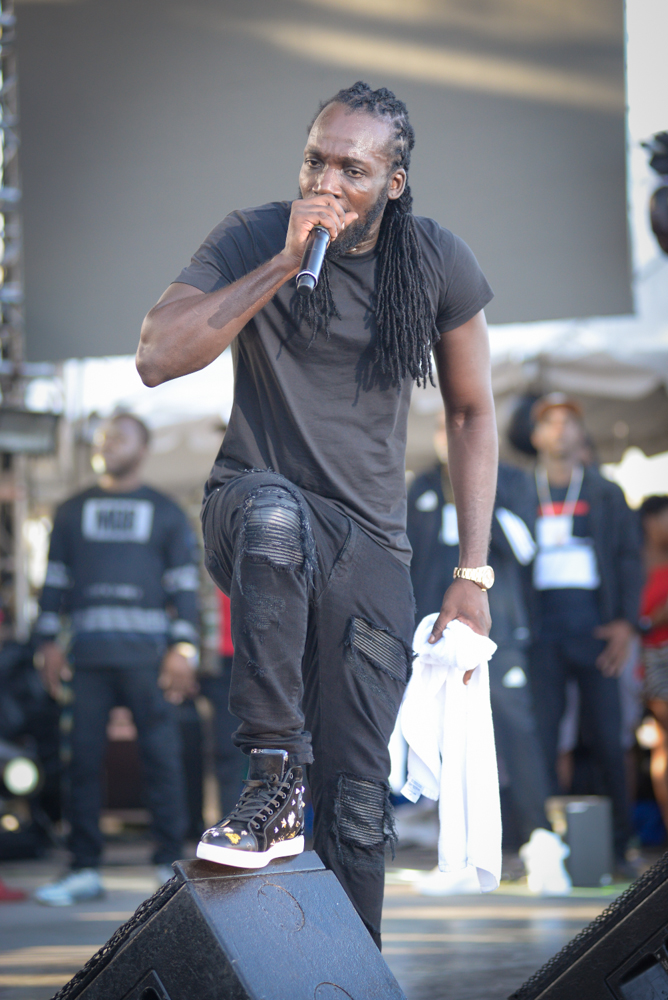 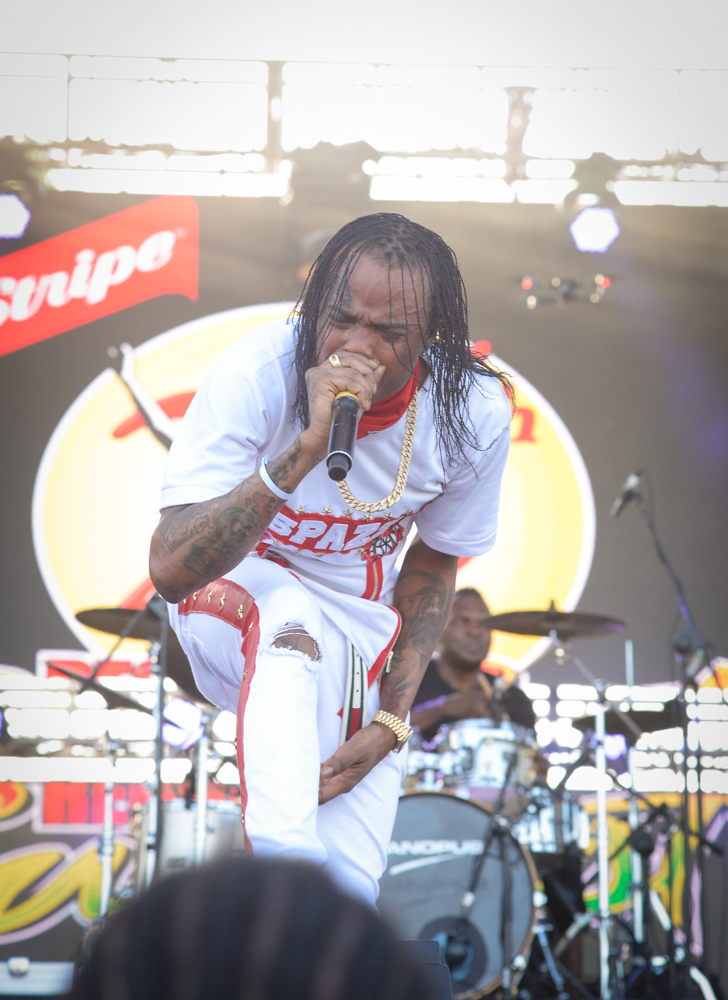