For the curious minds out there, Lee Daniels’ other FOX brainchild Star, isn’t like Empire. “For me, ‘Empire’ is about my family,” Daniels explained to CNN Tuesday (Dec. 13). [‘Star’] is for me, coming into Hollywood and doing things that I’m embarrassed about, embarrassed talking about and showing what one will do for fame.”

Now that we got that out the way, it’s time to dive into the network’s latest musical series. Last Wednesday (Dec. 7) we got the chance to check out the much-talked about series created by Daniels and Tom Donaghy. A quick rundown:  Star is about a young woman who comes together with her estranged sister and friend (from Instagram) to form a girl group that the industry immediately fawns over. What we discovered was a cable premiere that will have you at the edge of your seat, laughing, anxious and yearning for a roundtable discussion of representation and racial identity shortly after.

The inspiration behind the name of the series, Star, is played Jude Demorest, is heavily saturated in black culture. With her half-black, spaced-out sister, Simone (Brittany O’Grady) and her elitist, black friend, Alexandra (Ryan Destiny), the trio form an evenly blended girl group who is controversial and exigent under the surface. The crammed pilot lures you in as Star competently escapes the foster care system, steals a car, finds Simone, attacks Simone’s foster father in the midst of him violating her, while the duo stealthy hooks up with Alexandra to begin their new life–as if the felonies Star just committed never happened.

A.S.S. (Alexandra, Simone, Star) then meet Carlotta (Queen Latifah), who will more than likely become their fly fairy godmother. They also meet her transgender daughter, Cotton (Amiyah Scott) in Atlanta to pursue–what seems to only be–Alexandra and Star’s dream of making it big in the music scene. Also, get ready to be schooled on what sketchy music executive Jahil (Benjamin Bratt) learns are life’s essentials as told by Ms. Carlotta; “Your Bible, your word, and your gun.”

The storyline of the trials and tribulations that arise during the evolution of a girl group is perceived through Star’s eyes. In response to inquiries of why Daniels chose to depict the story of this girl powerhouse trio through a caucasian girl’s perspective, he believes that our country is in a “civil war”–in reference to the incidences of police brutality engulfed in the Black Lives Matter movement–and “needs to heal.” He accredits Demorest’s multidimensional appeal a factor as to why she was destined to be the “Star,” noting that “black people will embrace her, and white people will embrace her.” 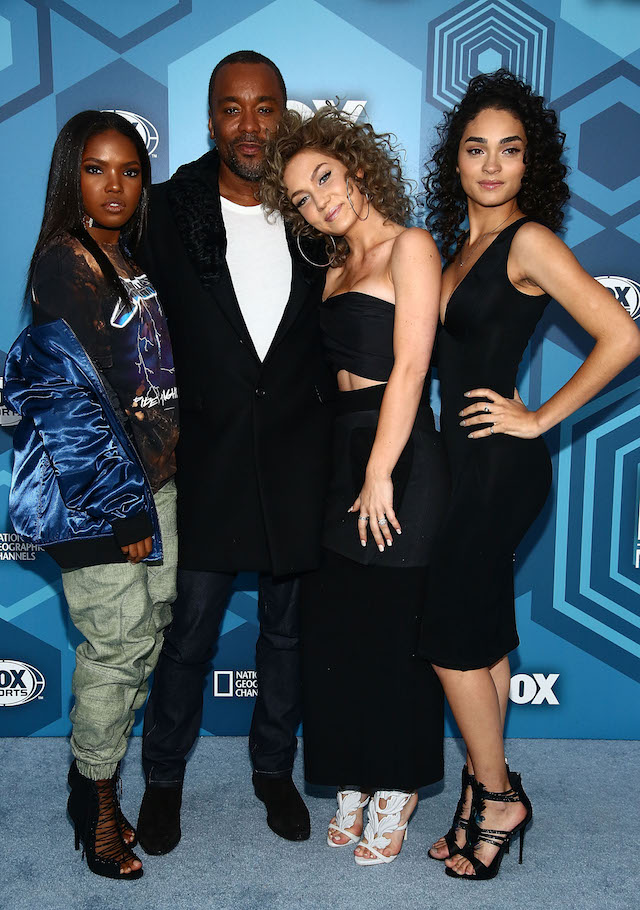 Star’s frank and unabashed nature in which she struts the culture she was raised in, makes you stop and do a double-take just like everyone in Carlotta’s salon when she first stepped through the door. But, it’s that same unapologetic essence, in clap back mode, that causes everyone to embrace her.

Star is truly something unique as it sets out to highlight the highs and lows of one of the industry’s most praised acts while appealing to the political climate of our nation, today. It also showcases what can happen when talent is blinded by the industry’s thirsty objective to make money. Receiving a nod from former 3LW member herself, Adrienne Bailon, you can bet it accurately depicts what it takes to be a part of a sonic trio. The show does relate to Lee Daniels’ predecessor, Empire, regarding his form of unloading a truckload of drama in just a few scenes, but that’s what makes watching the series worthwhile. This strategy doesn’t work for everyone, but Daniels has been able to master the technique.

Star premieres tonight (Dec. 14) at 9 p.m., following the mid-season finale of Empire and will continue to roll out new episodes starting Wednesday, Jan. 4.

Check out a teaser below.