Few people get to have their life stories chronicled on-screen and even fewer are able to host a podcast breaking down the similarities and differences between fact and fiction. This, however, is the latest endeavor from Freeway Rick Ross and Dave Mays with the podcast After The Snow for Breakbeat Media. The audio broadcast premiered with Episode 1 on Feb. 24 in alignment with the fifth season of Snowfall, the acclaimed dramatic television series based on Ross’s own past life of crime.

“A few years ago, I couldn’t have imagined speaking about Snowfall nor my life in such detail. But I trust Dave, and I believe in what he’s doing with Breakbeat Media,” expressed Freeway Rick Ross in a press statement. “I’m looking forward to sharing my side of how things went down—the good, the bad, and the ugly. I know our fans will be blown away.” 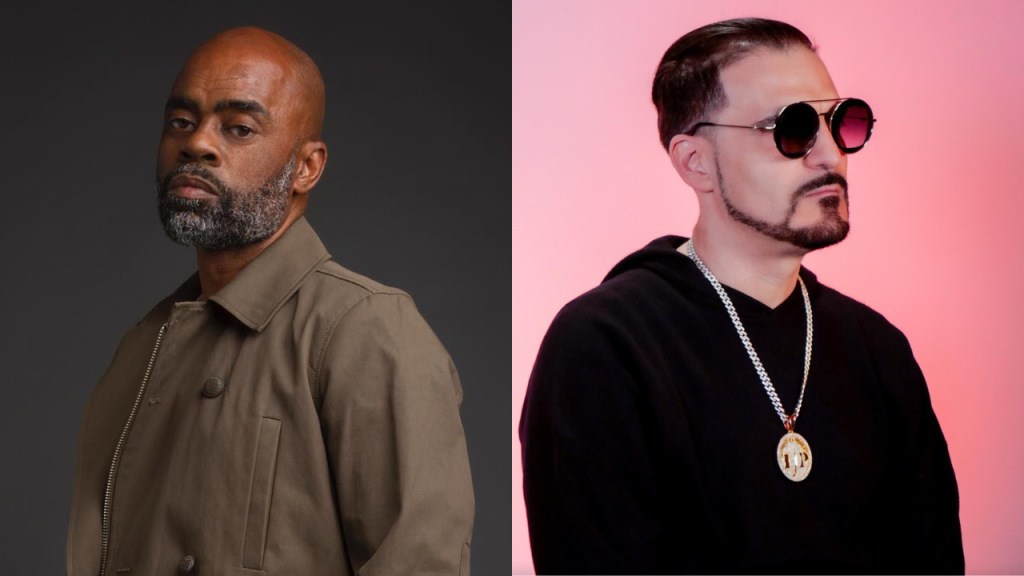 “What continues to bring audiences to Breakbeat is our ability to find and tell relatable stories that listeners can connect to on a visceral and intellectual level—whether that’s crying, laughing, empathizing, or being deeply thought-provoking,” added Dave Mays. “We’re navigating unchartered waters with Freeway Rick Ross speaking for the first time about the show, so I guarantee our audience is in for a real treat with this podcast. I’m excited.”

On After The Snow, the co-hosts are set to break down episodes of Snowfall after each installment airs. Together, they share their true tales of friendship, community, ambition, and empire-building amidst a world filled with violence, betrayal, CIA conspiracies, and the multi-billion-dollar drug trade. Special guests with similar experiences are also scheduled to join the platform throughout the season.

Freeway Rick Ross rose to notoriety as a drug dealer in the 1990s when it was uncovered he had been purchasing cocaine from an operative working for the CIA. The drug proceeds were used to finance the overthrow of the Nicaraguan government. In 1996, he was sentenced to life in prison for cocaine trafficking and was released in 2011 after filing a successful appeal. Now, the 62-year-old has become a widely-respected prison reform activist, author, public speaker, and entrepreneur.

Dave Mays founded The Source as a 19-year-old Harvard sophomore in 1988, building the platform into a top Hip-Hop culture and music magazine. His efforts are recognized as instrumental in bringing Hip-Hop into the mainstream while creating jobs and supporting the launch and growth of entire industries in the fields of magazine publishing, fashion, music, and journalism. Since 2020, Mays has worked to develop Breakbeat Media with a vision to continue elevating and empowering the Hip-Hop community with powerful storytelling and unique voices.

After the Snow will be available in audio form every Thursday on Spotify, Apple Podcasts, and anywhere podcasts are available to stream. The series will also be available in video form every Friday on the Breakbeat Media YouTube channel. View the first episode above and the second below.