Hey, VIBE.com readers! Joseph ‘JP’ Patterson signing in once again to bring you some of the freshest talent from across the pond. This month, it’s all about Angel. Looking at him, you’d think he was a rapper, right? Wrong! This young man is bringing some much-needed hood swagger to the UK R&B music scene, but he isn’t afraid to hit a high note when necessary. Angel tells me his story… 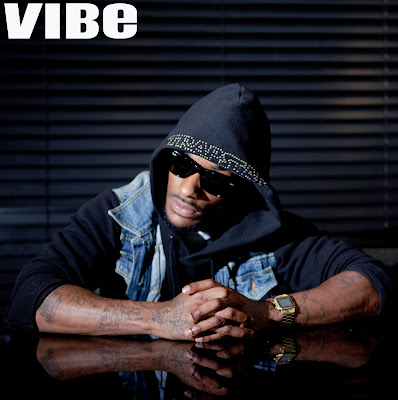 Angel: I got into music between the ages of 5 and 7. I was always around a house full of instruments. My dad is a musician and he used to play with all of the top reggae artists that came over from Jamaica. I’ve always been around music, it’s in the bloodline. Growing up, though, I used to listen to a lot of Quincy Jones; he was the main guy during that era. I also listened to a lot of Jimmy Jam and Terry Lewis, Michael Jackson, Ralph Tresvant, Jodeci, Prince, Brandy, etc. That sort of 90s swing vibe was my era. That was real music! I’m 24 now, so I’ve been doing this for over 10 years. Sometimes I read things and it’s like, ‘I can’t believe Angel has come out of nowhere.’ I’m saying, ‘No! I haven’t come out of nowhere; it’s just that behind the scenes you’ll never hear about until I exploit that.’ I’ve been doing this for ages and it’s just now that God has given me the green light. In my music, I would say there are elements of jazz, classic, reggae, pop, R&B and soul. I think it’s just a pop fusion, because there are so many elements of genres. Is the UK R&B music scene ready for me? I think they need to be ready for me! I’m definitely not doing what everyone else is doing, in terms of having songs written for me and singing all about love songs, because I’m just talking about different, real stuff that is happening and going on around me. I think that I’ve got a lot of different angles that aren’t there already and, even more so, urban is coming through hard right now and that’s what I’ve been doing since the mid-90s when they said, ‘That isn’t gonna work over here.’ I think that because it is working and coming through so hard right now, being in that field from an earlier stage enables me to offer a lot.

Where I’ve grown up in Shepherd’s Bush, not saying it’s the garrisons or anything, we keep it real. Like, you might have some friends who aren’t the same thing as you, who just go through different things at different times, and sometimes you get lead down different roads and not even led because you don’t know, but because you think it’s going to work faster and better for you. I’ve done time and I’ve done a lot of things that your ordinary singer wouldn’t do, but I’ve still been able to come out and turn things around and I’ve been able to explore and share my message in my music. It’s not just a pretty boy thing. It’s not just another love song. I sing about what I do and what is around me. I do sing about love songs as well because I am a gallis and I love women, but I love to talk about things that the mandem can relate to as well. I’m currently signed to Universal, which is great! The deal came about because of the most high, definitely, but the intricacies of the deal were definitely hard work and constant grinding. Ben, my A&R, was following me for a little while – since I was about 14 or 15. My friend used to make beats and I used to sing on them, but Ben had been following and he had seen the graft developing and so he’s seen me come a long way. It just came to a stage where, between 2009 and 2010, I was going back and forth to Denmark and Sweden, recording hits and writing songs. Then one day, the label just said that they had heard one track that I’d been doing and thought that it was the right time. I think they understood it before they just rushed and thought, ‘There’s a buzz around Angel. Let’s try and get him.’

The story behind my new mixtape, ‘7 Minutes Before Time’, is that my whole thing about being spiritual is because I’m a God-fearing person. The whole Angel thing is Godly. 7 is a number of completion. I know that in the Bible the most high had 7 days to create stuff, so it’s just like 7 days away from ‘about time’ and that’s what the album is also called. 7 days from making things actually happen, so I thought I’d put a twang on that and call it ‘7 Minutes…’ Of course, the message in it isn’t all about love songs, it’s all about real stuff that’s going on right now and it’s a spiritual thing, more than anything. I read the Bible. God is definitely in the mix. I worked with people like Giggs and Sneakbo on the mixtape, but I’d love to do some stuff with Dappy, Tinchy and Adele down the line, too. I’d love to do all the stuff that can put a twist on things. I’d love to hook up with Ed Sheeran and do some stuff because that will just be different. We can’t all be the same. I like to do stuff that will make you think, ‘Rah! I didn’t think it would work, but it’s a good vibe.’ Outside of the UK, I’d love to work with Brandy, because vocally, she’s my idol. I’d also like to work with Usher and, producer-wise, I’d love to work with people like Rodney Jerkins, Jimmy Jam and Terry Lewis and others. There’s a whole lot more, but those are the main guys. 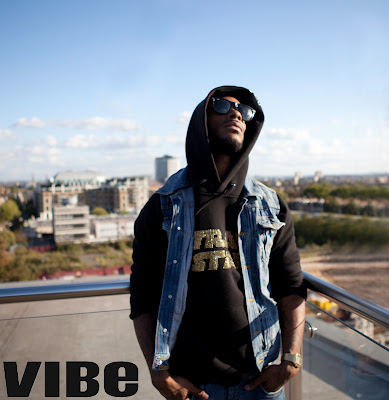 Moving forward, though, I’m going to be doing a lot of shows and I’ll be supporting Wretch 32 on tour from early October and I’ll be supporting the lovely Keri Hilson in November! I’m just trying to get this thing cracking because we can all stay in the hood and studio and make beats, but it’s not exploiting and sharing with the masses. I’m just trying to do everything. Every little street corner and every show. I feel like I owe something to the Lord for giving me a blessing, because I have made a few mistakes and I have lost it a few times, but he has showed me the way.