Ms. Virginia McLaurin quickly earned prime real estate in our hearts when she danced into the arms of Barack and Michelle Obama last year during the couple’s final Black History Month celebration inside the White House. The spry and spunky 106 year old was over the moon when she met America’s first black president and First Lady, and then proceeded to cut a rug to express her joy.

Now, Miss Virginia is back and just as happy as ever. The centenarian recently blew out 108 candles and celebrated the milestone by hanging out with the world famous Harlem Globetrotters. Dressed in a Globetrotter jersey, Miss Virginia said the highlight of her March 12th birthday was spinning the basketball on her finger. 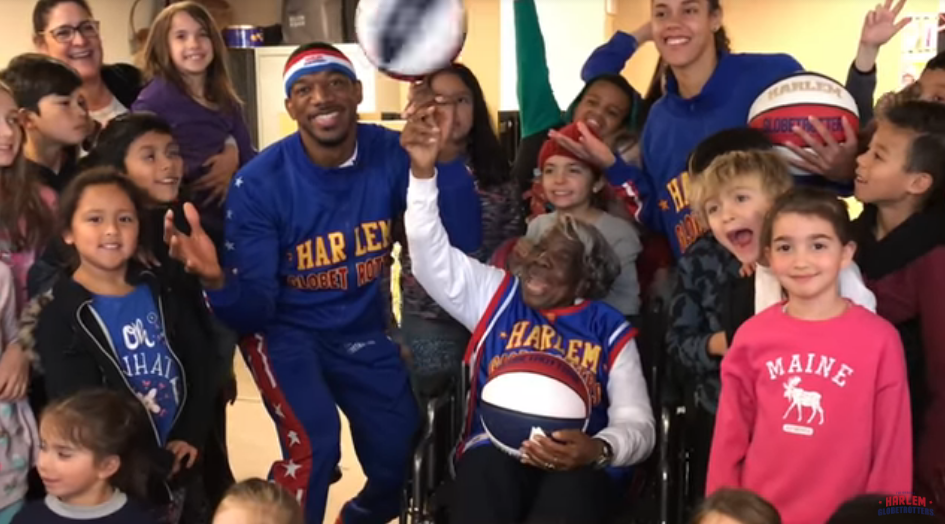 Miss Virginia’s celebration took place at the LAMB Public Charter School in Washington, D.C where she met the players, and hung out with the first ever female Globetrotter, Hoops Green. “It’s beautiful for them to play together,” McLaurin said. “When I came along, you couldn’t play with boys, even in school.”

These Adorable #ObamaAndKids Photos Will Put You In The Feels

Virginia McLaurin was born in 1910 under the Howard Taft administration. She married at 14 and became a widow three years later and never remarried. She worked most of her life as a seamstress, nanny or housekeeper. To offer a bit of perspective, McLaurin has survived two World Wars, Jim Crow and lived through 19 American presidents, although something tells us 44 was one of her favorites.

In honor of Virginia McLaurin’s 108th birthday, the Globetrotters who are scheduled to play this Saturday (March 18) gave out 108 tickets.