Update: 12:27 p.m. ET (Feb. 2, 2022) – Wale and Broccoli City Festival organizers have come to an agreement. The festival shared on Twitter, “Happy to have worked through our miscommunication with our friend,” tagging the rapper’s account. “we look forward to him bringing the DMV culture to the festival.”

A new promotional flyer for the event was also shared naming Wale And Friends in the top row. 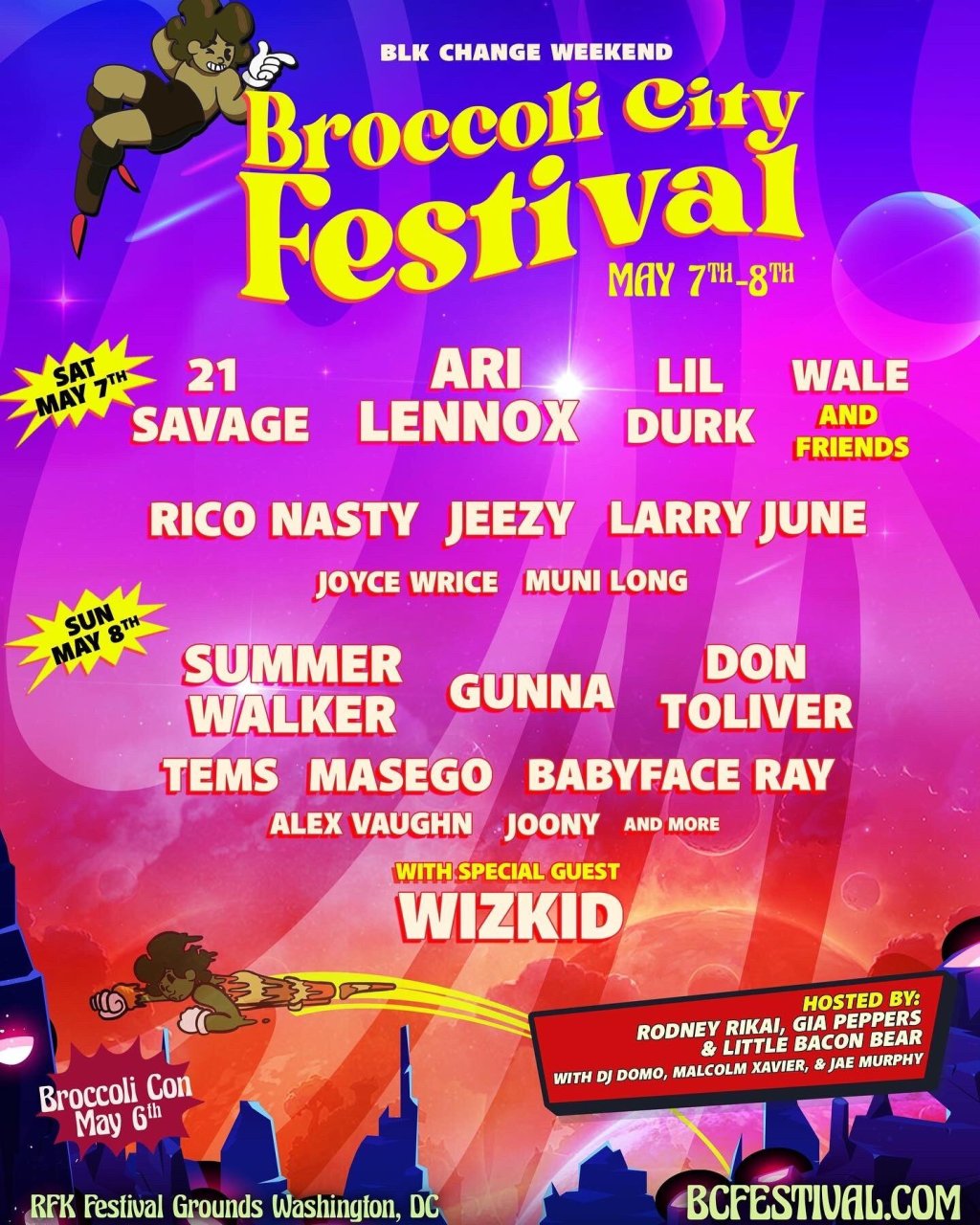 Read the original story below…

BC Fest will once again include one-of-a-kind activations, a local marketplace, and surprise performances on the grounds of RFK Stadium. The festival coincides with the launch of BLK (Black) Change Weekend, also occurring in the nation’s capital May 5−8, 2022.

D.C. rapper Wale is listed on the lineup, however, shortly after the festival plans were announced, he confirmed on Instagram he will not be performing at BC Fest. “Will not be doin Broccoli City Festival,” the “Poke It Out” rapper wrote. “Love you DC always and forever. We’ll figure out something for the city.” VIBE has reached out to the festival for a statement. A response has not been received at the time of publication.

Still, the weekend will feature a series of community impact volunteer activities, as well as forums highlighting job/internship opportunities, health/wellness tools, financial support for small businesses, and criminal and environmental justice issues. People will also have the opportunity to earn Broccoli City tickets for their service.

“This year’s festival will be historic for many reasons,” Brandon McEachern, co-founder of Broccoli City Festival, shared in a press release. “Not only does BC Fest 22 represent a moment for celebration and reflection on all we’ve been through the past few years; it will anchor BLK Change Weekend, which is poised to be one of the biggest calls to action for our generation in the world. We’re bringing together community and business leaders to celebrate our culture and work together to provide Black communities, students, and young professionals with equitable resources and opportunities.”

The festival returns after a two-year hiatus due to the COVID-19 pandemic.

“We are really excited to bring Broccoli City Festival back after a long 2-year hiatus,” expressed Shawn Gee, President of Live Nation Urban. “This brand is important, as it’s much bigger than just the announced artist lineup. The mobilization of Black people and corporations that are active in the community, the education, conversation, and connections that happen at Broccoli Con, and the overall celebration of black culture that happens throughout the weekend are the core tenants upon which we are building.”

View the full lineup for Broccoli City Festival 2022 below. Tickets are available now at www.BCFestival.com.