Ye and Jason Lee teamed up to host Black media for the first The Future Brunch. On Sunday morning (Feb. 5) 50 Black journalists arrived in downtown Los Angeles to discuss disparities in Black media, ownership, representation, and other subjects relative to various professional industries. VIBE attended the brunch as well as Black executives from Amazon Studios, FOX SOUL, BET, and Spotify.

In a dimly lit venue, attendees sat at a triangle-shaped table setting and shared a meal including smoked salmon, scrambled eggs, and fresh fruits. Coffee and lemonade were passed around as the conversation began. Ye opened the event with a few words and spoke more to his Black Future Month idea, which he announced at the beginning of February.

“It’s not about me, it’s about us,” expressed the DONDA artist, adding, “They can’t tell us what to say. We’re too powerful.”

The Chicago-bred rapper added, “Me and Virgil [Abloh] believed in Black design,” continuing, “Now we need to invest in Black media. God uses me as a vessel—we declare Black Future Month. The future—not the past.” 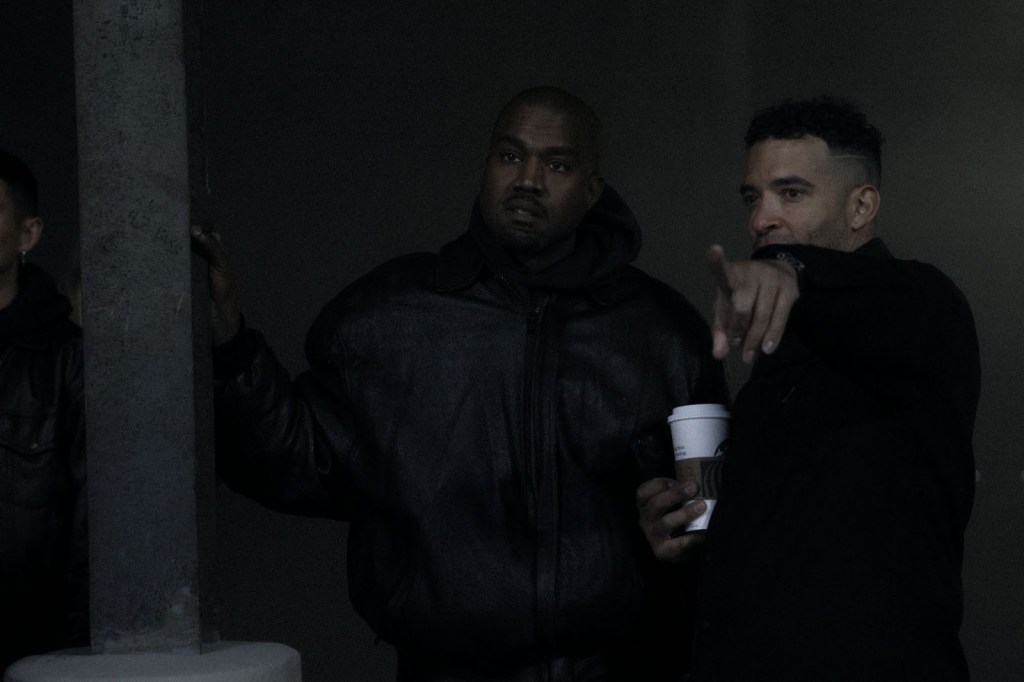 After speaking, the 44-year-old revealed a video highlighting his personal journey and efforts to reclaim his personal narrative. He announced to brunch guests the video would be joined by videos from other artists revealing their own Black Future.

Following the viewing, Lee, and Michelle Mitchell, Strategic Communities Program Manager, Media Partnerships at Meta began a Q&A-style discussion with commentary from the journalists, the executives, and Ye on desegregation in media, the importance of equity, redefining Black stories and humanizing how we are portrayed in media, and how the metaverse can include media and journalism.

Ye commended Lee for creating and sustaining ownership of Hollywood Unlocked, creating a path for Black journalists and media, building a platform for artists to share their stories, and spearheading the Future Brunch.

“I appreciate you giving me my flowers, but the purpose of this brunch is to give you all your flowers,” Lee responded.

Antonio Brown, who recently partnered with Ye to launch Donda Sports Brand, an athletic apparel line, joined the brunch later on and shared more on his recent controversial NFL move. On Jan. 6, Brown was cut by the Tampa Bay Buccaneers. At the time, he claimed the team wanted him to play through an injury, however, the Buccaneers have denied the allegations. During the brunch, Brown opened up about his decision to prioritize himself.

Following the discussion, guests were invited to enjoy a live performance from Ye’s Sunday Service choir. A selection of gospel music was shared during the intimate performance. This marked the first time media and press were permitted to attend a Sunday Service event.