The Banks family gets new faces as the cast for Bel-Air, the modern-day Fresh Prince Of Bel-Air spinoff is announced. Peacock revealed the full recurring talent for the anticipated drama series, which recently began production.

As pictured in the video above, back in August, Will Smith himself revealed to actor Jabari Banks that his life is about to be turned upside down as he earned the leading role.

According to a press release, despite being a reboot of the popular throwback comedy show, Bel-Air “is a serialized one-hour dramatic analogue of the 90’s sitcom ‘The Fresh Prince of Bel-Air’ that leans into the original premise.” It continues to describe how the show will detail Will’s complicated journey from West Philadelphia to his new lifestyle in Bel-Air with a reimagined vision.

Will Smith Announces New Memoir, 'Will'

“Bel-Air will dive deeper into the inherent conflicts, emotions, and biases that were impossible to fully explore in a 30-minute sitcom format, while still delivering swagger and nods to the original show,” stated the press release. 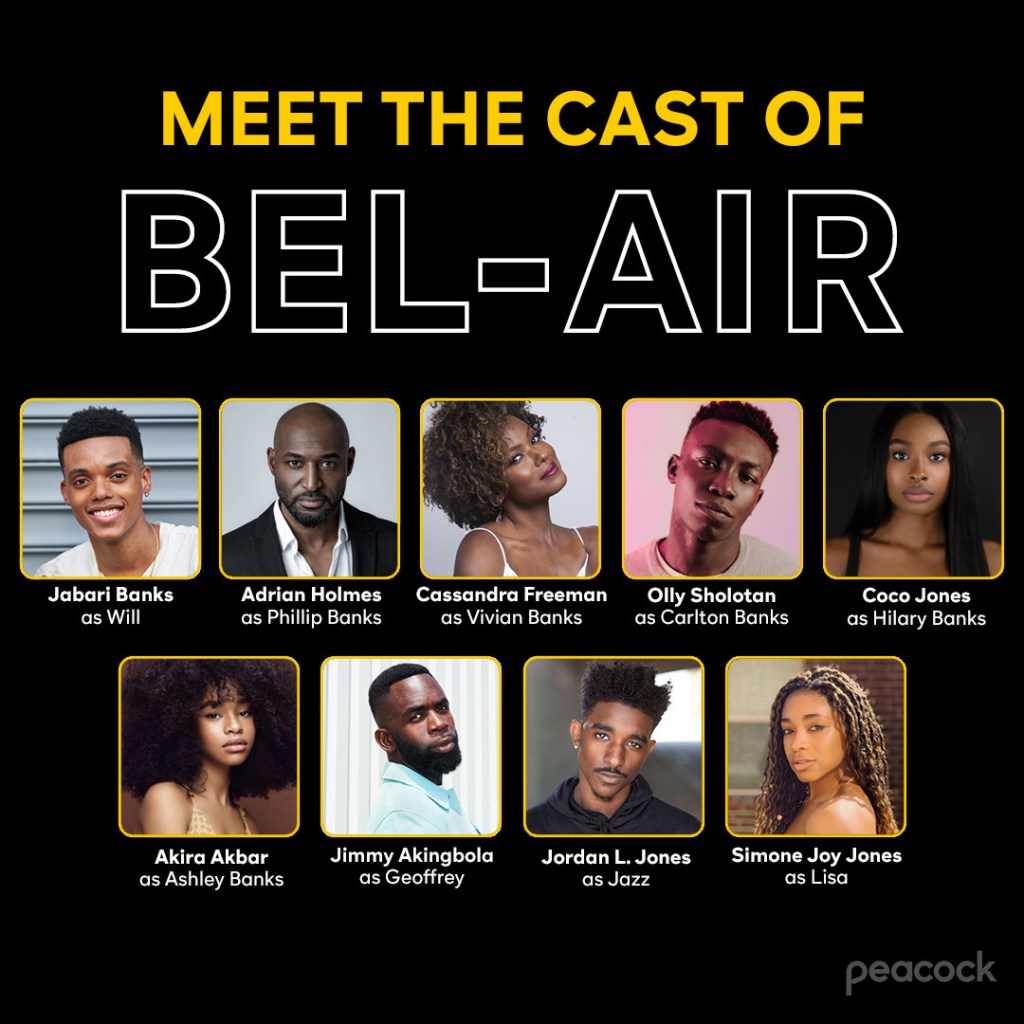 Bel-Air is based on Morgan Cooper’s viral video that offered a new portrayal of the classic series. Cooper wrote and directed the four-minute trailer, which debuted on social media in March 2019 and subsequently went viral. As the clip made rounds on the internet it caught the attention of Smith, who called the video and idea brilliant.

The Men In Black franchise star initially announced an official reboot based on the fan-created trailer back in September 2020, a year-and-a-half after the concept went viral. Cooper will serve as a director, co-writer, and executive producer on the new series.

Watch Cooper’s original video below to see what to expect from the new series.