Michael Che’s timely rant to Donald Trump has shed a light on the racist behavior some of his supporter’s hold.

After serving plenty of realness to the commander-in-chief during the season premiere of Saturday Night Live, Che received racist taunts through social media. During Weekend Update, Che as well as co-host Colin Jost, exchanged critiques of Trump’s response to Puerto Rico after Hurricane Maria. In need of resources and distribution, the people of Puerto Rico had an advocate in Che when he dropped a few truth bombs.

“Oh, really, Donald? You bi**h,” Che said of Trump’s Twitter rant about San Juan Mayor Carmen Yulin Cruz. “Was she nasty to you? How nasty? Are you shaking?“This isn’t that complicated, man,”

“It’s hurricane relief and people need help. You just did this for white people — twice. Do the same thing: Go tell Melania to put on her flood heels, get some bottled water, some food, pack up some extra Atlanta Falcons Super Bowl T-shirts, and write them a check with our money, you cheap cracker.”

Che faced admiration and criticism on Twitter for his take on Trump. On Monday (Oct. 2) the comedian posted to Instagram two Direct Messages he received after the backlash. 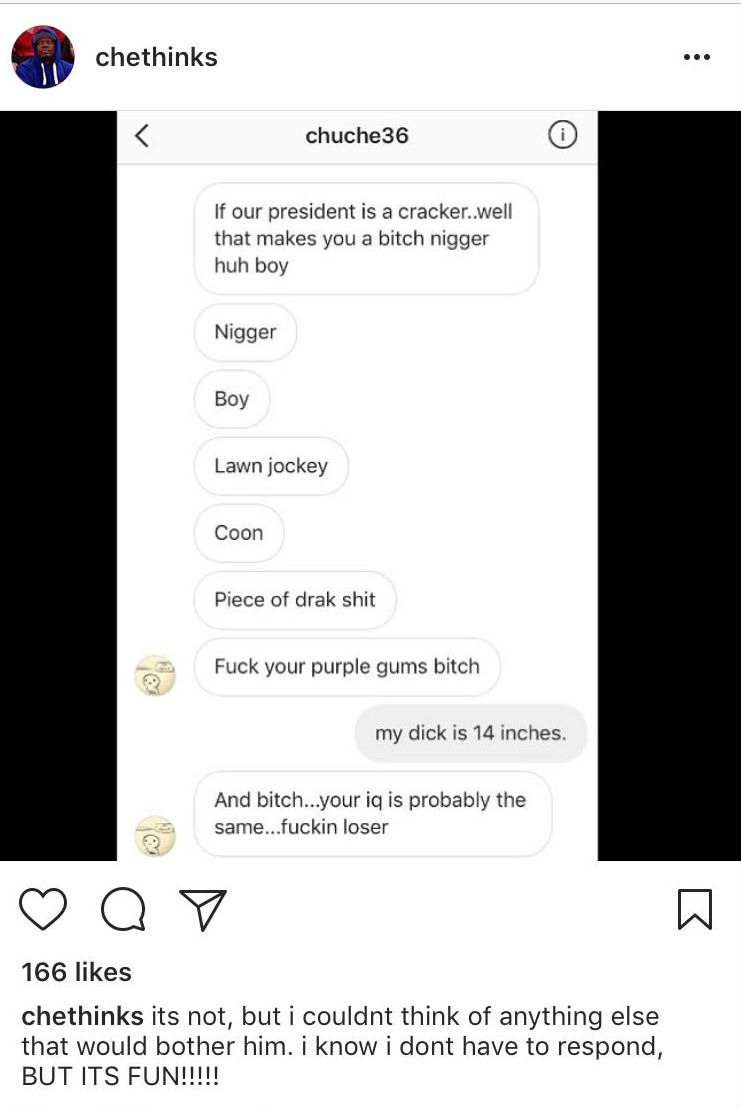 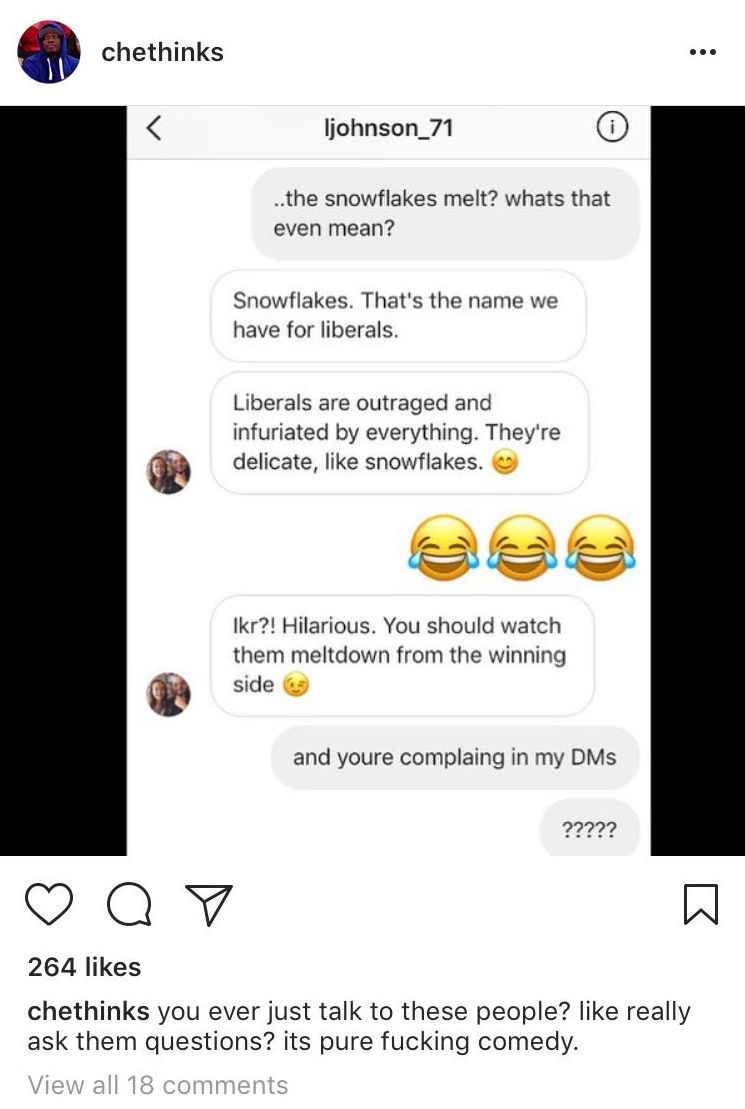 We’re sure reliable Internet sleuths from the #CheHive will do the comedian a solid. Meanwhile, the season premiere of SNL was a hit with viewers, making it their second highest rated opener since 2010. The show was hosted by Ryan Gosling with JAY-Z as the guest performer. The rapper hit the stage with Damian Marley for “Bam” and a solemn performance of “4:44.”