Prime Video announced the new docuseries Phat Tuesdays, which celebrates Phat Tuesdays at The Comedy Store, a platform that helped boost the careers of some of the most famous Black comedians in the industry today. Phat Tuesdays’ founder and host—comedian, writer, and actor Guy Torry is the executive producer of the three-episode series along with Reginald Hudlin who also directs.

“I can’t wait for the world to experience the story of Phat Tuesdays,” said Torry. “It was more than a night of laughter—it was a movement. Phat Tuesdays was Black, bold, and brilliant. It was the best damn comedy show, period!”

Hudlin added, “Against all odds, Guy Torry created a venue where the next generation of comedy superstars could launch their careers, and turned the lamest night of the week into the hottest, with the sexiest superstars in Hollywood showing up to laugh till they cried.” He continued, “Phat Tuesdays tells that story and much more. It’s the funniest people on Earth explaining comedy from every perspective as an artform, as a business, and as a force for social change.” 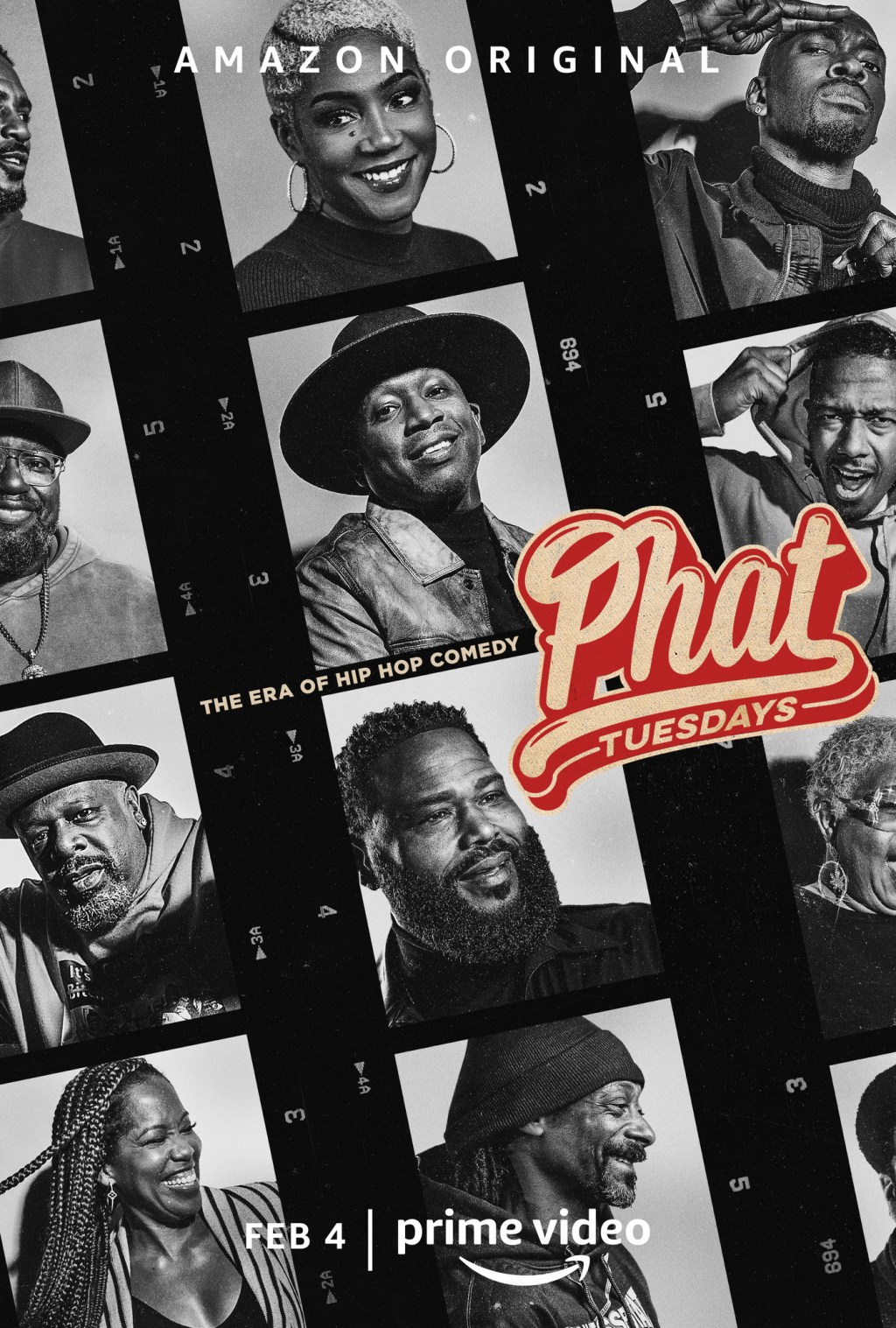 The docuseries features exclusive interviews with comedians and celebrities who were there both as performers or audience members as well as archival footage and never-before-seen clips of comedy sets from the 1990s showcase. Phat Tuesdays is officially described as “the inspiring story of how a little experiment to help Black comedians following the tragedy of the 1992 LA riots turned into a triumphant must-see experience.”

“We are proud to celebrate the legacy of Phat Tuesdays and shine the spotlight on Guy Torry for his trailblazing efforts to give Black comedians their turn on stage in ‘90s Hollywood,” said Vernon Sanders, head of television, Amazon Studios. “The stories and first-person accounts that Reggie Hudlin and Guy help showcase in this docuseries are not only hilarious and entertaining, but powerful as well, and celebrate how the Black community came together to evolve comedy and entertainment.”