The premiere of The Best Man: The Final Chapters is just around the corner. As fans of the original film wait for the official confirmation and release date from Peacock, they may have received a huge teaser from an unexpected source.

Director and writer Robert Townsend took to Instagram on Monday (June 13) to reflect on his time directing an undisclosed amount of episodes for the limited series. Townsend captioned his post of multiple photos, “…And now finishing up BEST MAN FINAL CHAPTERS limited series for @Peacocktv Thank you [Malcolm D. Lee] for allowing me to play in your wonderful sandbox. Show runner/executive producer [Dayna Lynne North] ‘ got nothin but love for you.’ Executive Producer [Dominique Telson] thanks for pulling rabbits out of hats. The gift of gifts was playing with this amazing cast!”

However, upon scrolling through his warming behind-the-scenes images (seen below), Harold Perrineau is visibly battered similar to Taye Diggs (Harper) in the original 1999 film after Morris Chestnut (Lance) nearly threw him over a balcony during his bachelor party.

Though no other cast or crew member has shared a teaser of this caliber, it only heightens the anticipation for the 10-episode series that’s reportedly halfway through production. 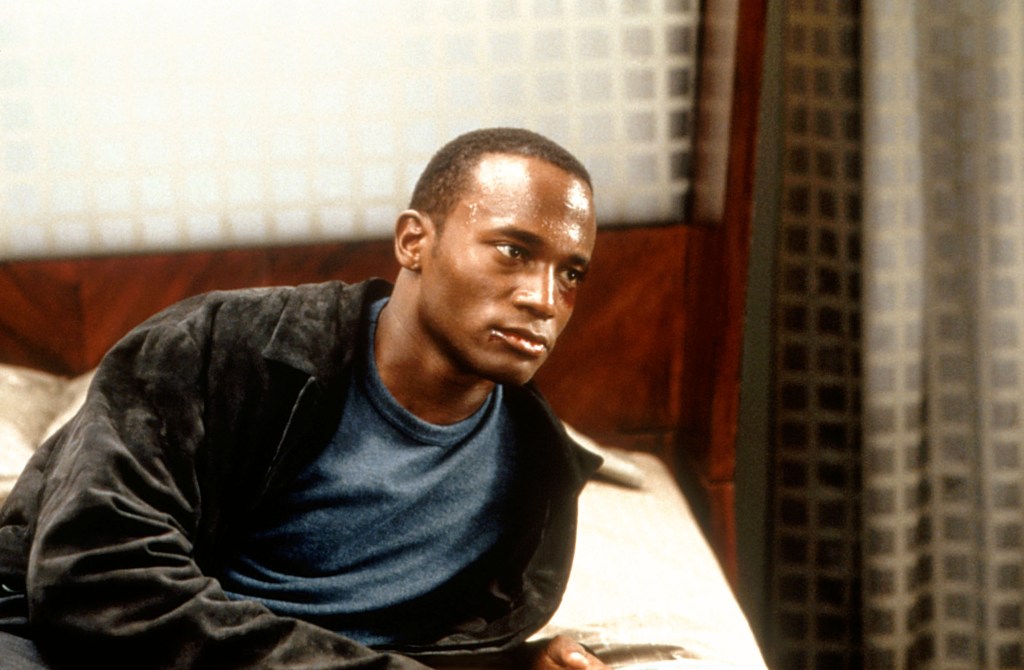 When speaking about Townsend’s time as part of the crew, Lee expressed, “My brother forever is one @iamroberttownsend. He came into our The Best Man world and killed it like the OG vet that he is. Grace, humility, humor and professionalism. Thank you, sir! #thebestmanfinalchapters”

North added, “Sometimes, when you’ve been doing something at a high level for a minute… it’s possible to lose track of the bigger picture, or forget how blessed we are to be artists. Robert never forgets. It’s even possible to become jaded. Robert is the furthest thing from jaded. When I tried to make a joke about being tired… he joyously reminded me how thrilled he is to be in ‘our world’, telling our layered stories… he mentioned how much the scripts affected him, and how he believes the series will have a positive impact on people’s lives. Robert Townsend does not get tired. And neither does anyone who is blessed to be in his orbit. This pic is #dayone. Can’t wait for more days playing make believe and making magic alongside this one. Robert Townsend y’all!!”

The Best Man: The Final Chapters centers around the original characters of the 1999 dramedy as “relationships evolve and past grievances resurface in the unpredictable stages of midlife crisis meets midlife renaissance.”

The limited series is set to premiere on Peacock.