Just days before veteran director Spike Lee would win his first competitive Oscar for the acclaimed biographical crime drama BlackKkKlansman, Hollywood’s most outspoken, singular, and at times maddeningly mercurial visionary was in a surprisingly philosophical mood. This, of course, goes against type for the button-pushing filmmaker who took on Hollywood’s majority white establishment and beat them on his own terms with such bold and unapologetically black statements as School Daze (1988), Do The Right Thing (1989), Jungle Fever (1991), Mo’ Better Blues (1990), Malcolm X (1992), Crooklyn (1994), Clockers (1995), 4 Little Girls (1997), and He Got Game (1998).

So, on a crisp February morning, Fort Greene, Brooklyn’s uncompromising 5’6” Superman was seemingly at peace at his own Fortress of Solitude—the instantly recognizable 40 Acres and a Mule Filmworks townhouse, which doubles for a production headquarters and unofficial retrospective of all things Spike Lee and beyond, from classic movie posters to memorabilia.

“[It’s] an Academy Awards campaign,” the 62-year-old auteur said, describing the minefield-like run-up to his euphoric Best Adapted Screenplay triumph alongside Charlie Wachtel, David Rabinowitz, and Kevin Willmott. “That’s like you’re a politician. There’s a lot of similarities. A lot of selfies. The days of Woody Allen wouldn’t even show up and still getting an Oscar, that doesn’t happen anymore. People want to see you.”

Breaking through with the sobering retelling of the 2014 Ron Stallworth memoir Black Klansman, an absurd but true-to-life story about the first Colorado Springs black police detective who infiltrated the local chapter of the Ku Klux Klan, may not have made up for Lee’s past side-eye worthy Academy Awards snubs. But damn it, it felt good. Following a brief string of missteps between 2013 and 2015 (Oldboy, Da Sweet Blood of Jesus, Chi-Raq), Spike Lee’s epic comeback was complete.

But what do you do after you finally achieve much deserved Oscar reverence? How do you follow up delivering one of the most memorable speeches of the event’s 91-year existence, passionately extolling the meaning of the win on Black History Month as you praise your beloved grandmother, the daughter of a slave, who put you through Morehouse College and NYU grad film school with 50 years of social security checks? What’s next after capping it all off with a heartfelt call to arms to vote in the upcoming pivotal 2020 presidential election (“Make the moral choice between love versus hate. Let’s do the right thing…you know I had to get that in there!”), which managed to piss off Trump and his MAGA hordes?

“I’m on a plane to Thailand to shoot the next film,” said Lee of his next project, a Netflix war drama titled Da 5 Bloods, starring the Black Panther himself, Chadwick Boseman, along with acting vets Clarke Peters, Delroy Lindo, Isiah Whitlock, Jr., and Giancarlo Esposito. “What did Jay-Z say? On to the next.”

But that’s later on down the line. More pressing is the May 24 release of Season 2 of Lee’s Netflix hit She’s Gotta Have It, the sexually audacious series based on his provocative debut black and white romantic dramedy from 1986.

There’s an existential discussion on Nola’s flip of the male-dominated “player” trope; a holy sh*t artwork reveal (a painting displaying the penises of all three men…awkward); and a surreal dance sequence to Prince’s 1985 majestic, joyous pop gem “Raspberry Beret.”

This next go around, however, Lee raises the stakes. Nola’s romantic relationship with stunning business owner and mother Opal Gilstrap (Ilfenesh Hadera) has entered the leaving-my-toothbrush-at-your-crib phase, which has our free-spirited heroine freaking out. Meanwhile, Mars, kicked out of the apartment by his sister, is forced to finally grow up.

Jamie has to deal with the painful aftermath of his divorce, Greer is still Greer, and Nola D is blindsided by the political and corporate realities of the art world. She’s struggling to hold on to her artistic integrity as well as her bond with girlfriends Shemekka Epps (Chyna Layne) and Clorinda Bradford (Margot Bingham) under the racial and class backdrop of Brooklyn gentrification.

It’s all a wonderful, intense and, at times, cringe-worthy mess. Spike wouldn’t have it any other way. “Our goal is to have five seasons,” Lee laughed. “So in order to achieve that goal, you gotta mix it up. You have to let it be interesting. [Nola] is trying to navigate life. To me that makes her a much more interesting character because she’s not perfect.”

But Lee isn’t content with just revisiting the indelible characters that launched a 30-plus-year cinematic journey that has been both prophetic (his 2000 criminally-underrated satire Bamboozled, an unfiltered reckoning of white America’s blackface obsessions) and unpredictable (the riveting 2006 heist thriller Inside Man, which diverged from his blueprint but still stands as the highest grossing flick of his career with more than $184 million worldwide). He is also embracing the new.

He is the producer of protégé Stefon Bristol’s intriguing time-traveling sci-fi Netflix drama See You Yesterday (May 17), which follows two high school science prodigies who attempt to stop the murder of an unarmed black man by police. All this and Lee still finds time to keep an eye out for the future prospects of his beloved New York Knicks.

“If certain things happen we are going to rocking like the old days at the Garden,’ he said, flashing an optimistic smile. “We got room for two cap players. We are going to have a chance to get the top pick Zion [Williams] from Duke.” 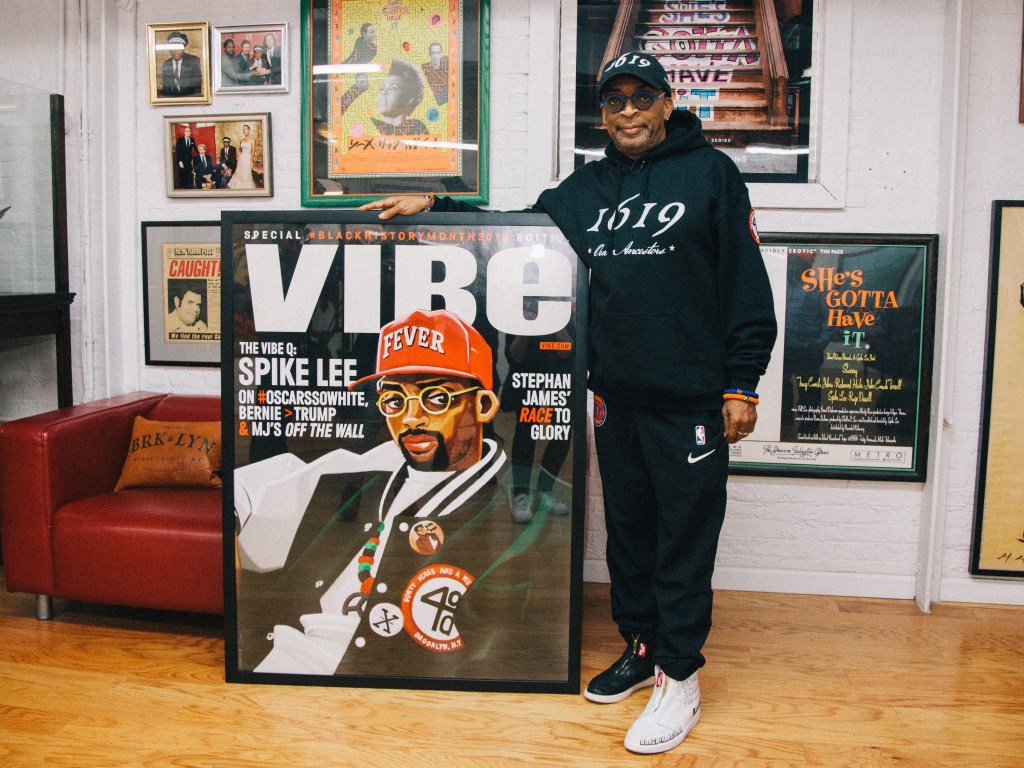