Delta Airlines had some pretty bad publicity at the tail end of 2016. Between the unruly Trump supporter hurling insults at other passengers, and then YouTube star Adam Saleh alleging he was kicked off a flight for speaking in Arabic, Delta wasn’t winning. But thanks to pilots Stephanie Johnson and Dawn Cook, history was made and some feel good vibes have been issued Delta’s way.

The two black women, Atlanta-based First Officer Cook and Detroit based Capt. Johnson, made history by flying a Delta mainline flight, which was confirmed via a statement on Delta’s website. The duo flew from Detroit to Las Vegas last week and snapped a picture once they landed. According to reports, Johnson is in the business of making history as she became Delta’s first African-American female captain. 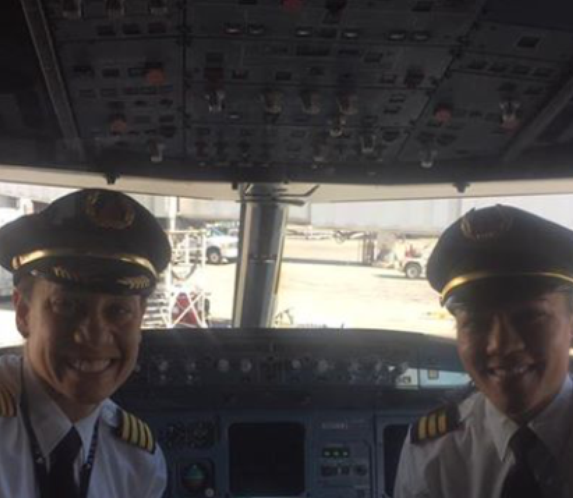 During a Q&A with Delta in February, Johnson revealed she’s always marveled at planes and flying .

“There were no pilots in my life growing up, and I think I’m the first person in my family to graduate from college. But for as long as I can remember, I have been fascinated with airplanes and would think, ‘What a great thing it would be to know how to fly.’ “

Unsure of how to pursue her dreams, Johnson said it was her high school physics teacher who encouraged her to give it a go. It was while attending Kent State University in Ohio she studied flying.

“After building flight time as an instructor, I was hired by a commuter carrier, where I was able to earn enough good flight experience to apply for a job at Northwest Airlines, and I was hired as their first African-American female pilot in 1997.”

Congrats to Cook and Johnson for their history making flight.