As the movement against R. Kelly and his alleged troubling actions against young black women continue to build, a Facebook page supporting the singer and seemingly shaming his accusers was quickly deleted just hours after it was created.

On Monday (Jan. 7) the page which claimed to be fan-made was brought to public knowledge via TMZ as a response to the Lifetime docuseries Surviving R. Kelly, executively produced by writer-author dream hampton. The six-part series aired last week and throughout the weekend, detailing witness accounts of emotional, mental and physical abuse women as young as 16 faced with the defamed singer.

The page appeared to be created by Kelly’s so-called fans and posted mugshots and text messages between the singer and his accusers including Asante McGee and Faith Rodgers. McGee’s mugshots were uploaded with text claiming she was working with Joycelyn Savage’s father to extort money from Kelly.

McGee lived with Kelly for two years in his now infamous Atlanta mansion while Rodgers dated Kelly for a year. Rodgers filed a lawsuit against the singer last year after she was reportedly infected with herpes by the singer. 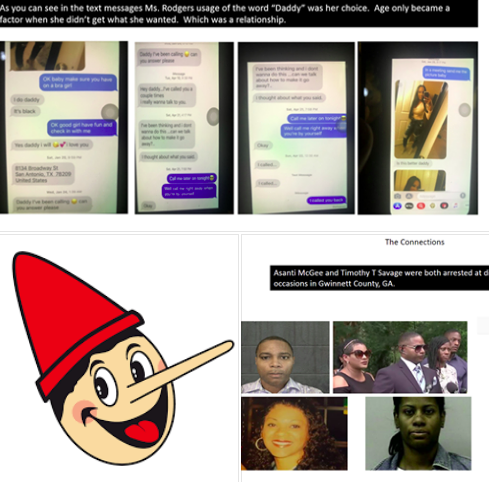 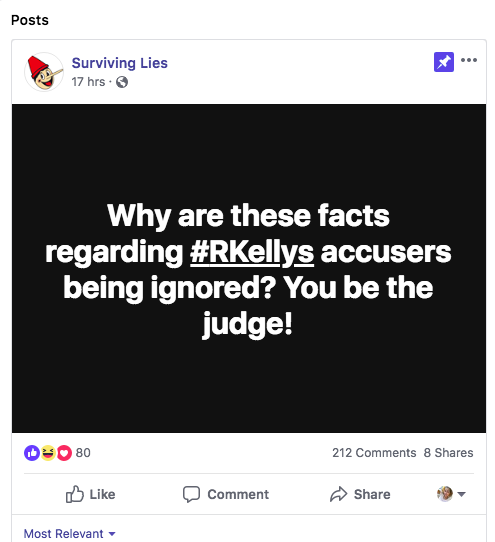 The “Surviving Lies” Facebook page also included a blank GoDaddy website. In little time, the page was deleted with a claim that it “violated Community Standards.” A statement was also sent to TMZ expanding on the page.

“The Page violated our Community Standards and has been removed. We do not tolerate bullying or sharing other’s private contact information and take action on content that violates our policies as soon as we’re aware.”

If this tells us anything, it’s that Kelly’s “fans” don’t seem to take any claims from the women seriously and TMZ’s quick and odd coverage of all things R. Kelly related.

Op-Ed: Why The Black Community Must Stop Supporting R. Kelly